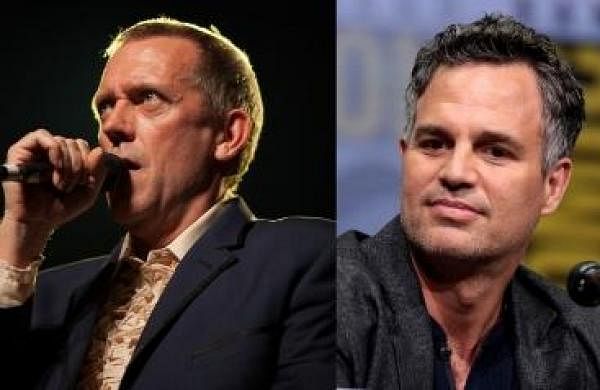 Mark Ruffalo and Hugh Laurie have joined the cast of Netflix’s ‘All the Light We Cannot See’ limited series based on the Pulitzer Prize-winning novel of the same name by Anthony Doerr.

Ruffalo and Laurie, according to ‘Variety’, will star in the bestselling novel’s four-part TV adaptation alongside newcomer Aria Mia Loberti, a visually impaired actress who was previously announced as playing the leading role of Marie-Laure, the blind teenager at the heart of the story.

In ‘All the Light We Cannot See’, Marie-Laure’s path collides with Werner, a German soldier, as they both try to survive the devastation of World War II in occupied France.

Ruffalo will play Marie-Laure’s father, Daniel LeBlanc, the principal locksmith at the Museum of Natural History in Paris. Caring and clever, he’s determined to give his blind daughter as much independence as he can while also protecting her — and the secret gem they carry — from Nazi occupation.

Laurie has been cast as Etienne LeBlanc, an eccentric and reclusive World War I hero suffering from post-traumatic stress disorder (PTSD). A nervous shut-in, LeBlanc records clandestine radio broadcasts as part of the French Resistance.

The Netflix series is written by Steven Knight (‘Peaky Blinders’) and directed by Shawn Levy (‘Stranger Things’, ‘Free Guy’ and ‘Shadow and Bone’). The novel on which the series is based was on the ‘New York Times’ Bestseller list for 200 weeks.

Denial of responsibility! TechiLive.in is an automatic aggregator around the global media. All the content are available free on Internet. We have just arranged it in one platform for educational purpose only. In each content, the hyperlink to the primary source is specified. All trademarks belong to their rightful owners, all materials to their authors. If you are the owner of the content and do not want us to publish your materials on our website, please contact us by email – [email protected]. The content will be deleted within 24 hours.
all the Light We Cannot SeeAnthony DoerrCastdramaentertainment newsEntertainment updateHugh Lauriejoin
Share

Harmanpreet Kaur to return in Melbourne Renegades colours in…

WhatsApp Delete For Everyone Time Limit To Be Raised To 2…

Nothing Phone (1) to launch next week: Known specifications,…

India vs England| Jonny Bairstow on heated exchange with…