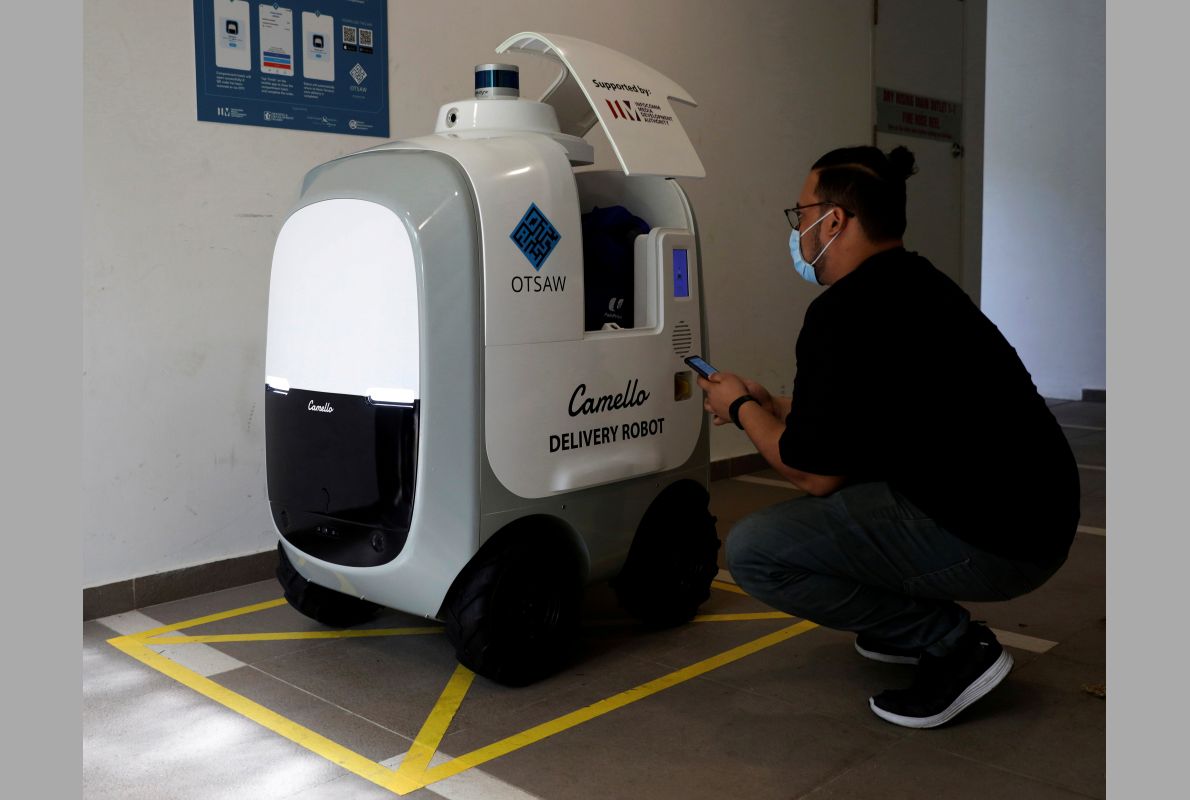 Run Out of Milk? Robots on Call for Singapore Home Deliveries

Hoping to capitalise on a surge in demand for home deliveries, a Singapore technology company has deployed a pair of robots to bring residents their groceries in one part of the city state.

Developed by OTSAW Digital and both named “Camello”, the robots’ services have been offered to 700 households in a one-year trial.

Users can book delivery slots for their milk and eggs, and an app notifies them when the robot is about to reach a pick-up point – usually the lobby of an apartment building.

The robots, which are equipped with 3D sensors, a camera and two compartments each able to carry up to 20kg (44 lb) of food or parcels ordered online, make four or five deliveries per day on weekdays and are on call for half day on Saturday.

They use ultraviolet light to disinfect themselves after every trip, said OTSAW Digital’s chief executive, Ling Ting Ming.

“Especially during this pandemic period, everybody is looking at contactless, humanless,” he told Reuters.

For the time being, staff accompany the robots on their rounds to ensure no problems arise.

Tashfique Haider, a 25-year-old student who has tried out the service, said it could be particularly helpful for the elderly so they wouldn’t have to carry goods home.

But a passerby worried the technology might be too much trouble for some.

“The younger customers will like it. I don’t think they (the older generation) will, because these are gadgets that younger people like,” said 36-year-old housewife Xue Ya Xin.