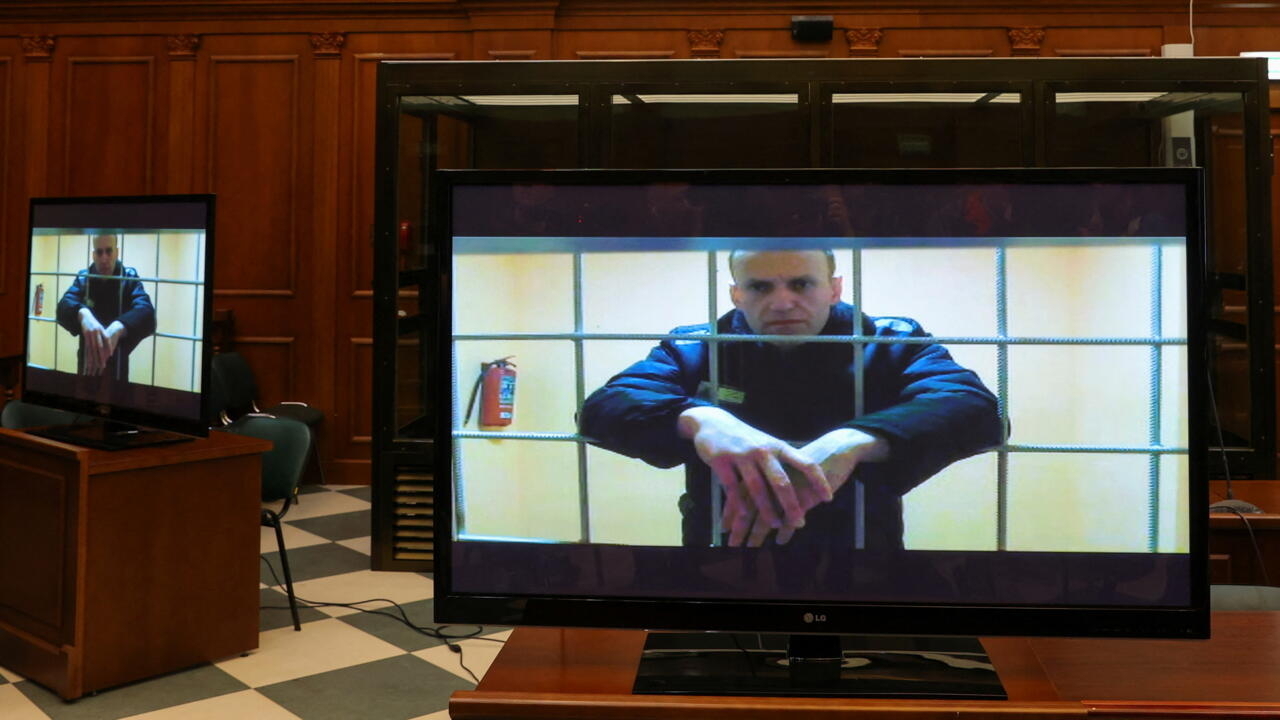 A Moscow court on Tuesday threw out jailed Kremlin critic Alexei Navalny’s appeal against a nine-year prison sentence that he and his allies condemn as politically motivated.

Moscow City Court ruled to “leave the sentence without changes” and for it to enter into force immediately. This meant that Navalny will be transferred to a strict regime prison colony to serve out his term, after he was found guilty in March of embezzlement and contempt of court, charges he denies.

Navalny, by far Russia’s most prominent opposition figure, was handed the nine-year jail term in March in addition to the two-and-half years he is already serving. Navalny maintains the charges against him were fabricated to thwart his political ambitions.

The ruling came after a live court hearing on Tuesday, when Navalny lambasted Russian President Vladimir Putin, casting him as a madman who had started a “stupid war” in Ukraine based on lies.

“This is a stupid war which your Putin started,” Navalny, 45, told the court via video link from a corrective penal colony. “This war was built on lies.”

‘One madman has got his claws into Ukraine’

Repeatedly interrupted by the judge, Navalny cast the prosecution’s “facts” as “lies” – and compared them to the lies he said Putin, Russia’s paramount leader since the last day of 1999, had used to launch the February 24 invasion of Ukraine.

“What do you want to achieve? Do you want short-term control, to fight with future generations, fight for the future of Russia?” Navalny asked the court. “You will all suffer historic defeat.”

Navalny said Putin’s Russia was run by thieves and criminals who had become enemies of the Russian people.

“One madman has got his claws into Ukraine and I do not know what he wants to do with it, this crazy thief,” Navalny said of Putin.

Putin says the “special military operation” in Ukraine is necessary to demilitarise and “denazify” the country, and because the US was using Ukraine to threaten Russia through NATO enlargement and Moscow had to defend against the persecution of Russian-speaking people.

Ukraine and its Western allies reject these as baseless pretexts to invade a sovereign country.

(FRANCE 24 with AFP and REUTERS)

Denial of responsibility! TechiLive.in is an automatic aggregator around the global media. All the content are available free on Internet. We have just arranged it in one platform for educational purpose only. In each content, the hyperlink to the primary source is specified. All trademarks belong to their rightful owners, all materials to their authors. If you are the owner of the content and do not want us to publish your materials on our website, please contact us by email – [email protected]. The content will be deleted within 24 hours.
Alexei NavalnyAppealCourtCriticEuropeHealth newsHealth updateJailed
Share

Woman confesses love for Johnny Depp in courtroom, says ‘this baby is yours’; gets removed by security