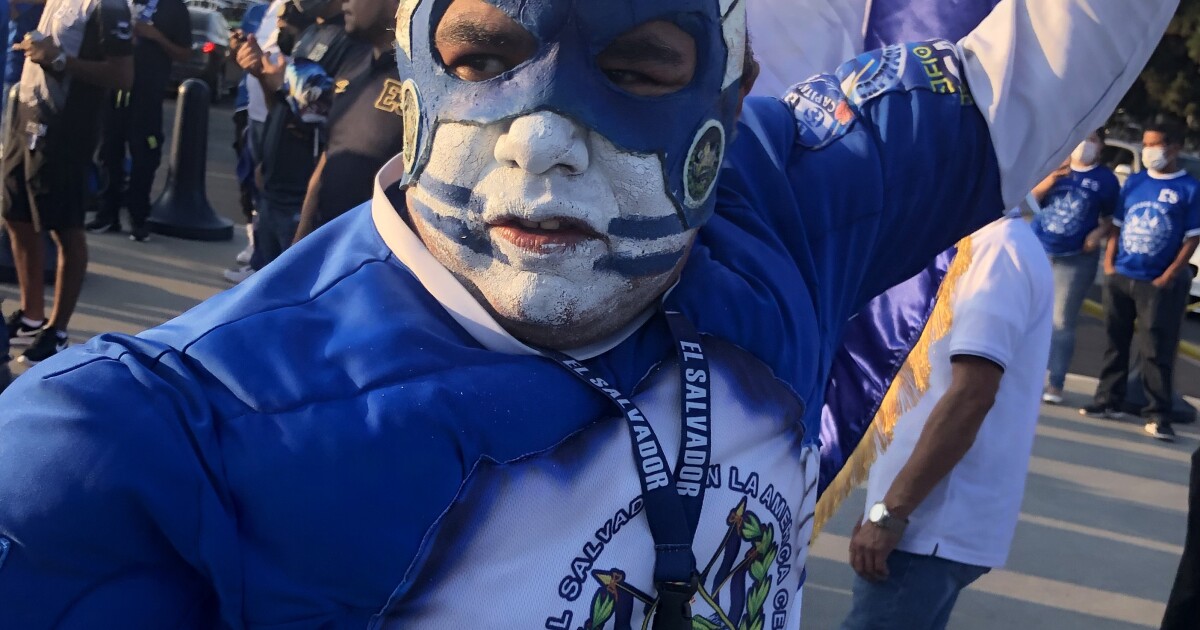 Like many children of immigrants, Sam Chinchilla has long felt trapped between two countries, never “American enough” in the U.S. or Salvadoran enough for those from his parents’ homeland.

“We never felt like we were from here or there,” said Chinchilla, a 30-year-old Los Angeles native who spoke with The Times from Southern California and has lived his life in the empty space between Salvadoran American.

But now he’s noticed a change in the people who “make fun of us” because of the American-accented Spanish.

“Now that they’re embracing that American Salvadoran, it does make us feel more accepted,” he said. “Why not embrace us? We’re part of the culture.”

The cause for this embrace? Soccer.

El Salvador’s national team, long an afterthought outside Central America, will open the final round of World Cup qualifying Thursday against the U.S., hoping to win a berth in the sport’s quadrennial championship for the first time since 1982. And it’s gotten there by moving into that space between nationalities, with more than a quarter of the players on its 23-man team coming from the U.S.

“There’s a whole series of players and people that come from this background, that uniqueness of Salvadoran American talent,” said Steven Levy Cruz, 32, the L.A.-born president of a Southern California-based nonprofit that creates cost-free soccer academies for youth in El Salvador. “As the Salvadoran diaspora has spread around the world from the ’80s, my generation and the ones after me, we’re college graduates, [but] we’re professional soccer players at the same time.

“So it’s a beautiful thing to see.”

To win an automatic spot in the 2022 World Cup in Qatar, El Salvador must finish in the top three in the eight-team, 14-game qualifying tournament, which ends in March. It’s been 12 years since El Salvador played in the final round of qualifiers and nearly 40 since its second and final World Cup appearance, when it lost all three of its games, getting outscored 13-1 and finishing last in the 24-team competition.

For Salvadorans, whether in Central America or in Southern California, home to the largest concentration outside El Salvador, soccer has long been a source of pride but also frustration.

“We’re just happy now we have an illusion that we might have a chance everybody’s happy with,” said Valladares, who showed up for El Salvador’s final pre-qualifying tuneup last month at Dignity Health Sports Park with his face slathered in white and blue face paint beneath a tight custom-made latex cap with the letters ES on the forehead. On his chest was the country’s coat of arms and in his heart, a largely unrequited passion for a team that has brought him mostly heartache.

“I liked to go see soccer games and I used to see friends from the U.S. dressed like Capitan America,” Valladares explained of his costume. “I said, ‘We don’t have nothing like that for my country.’ ”

So he invented Capitan Cuscatleco, his menacing alter-ego, who is also a product of the Salvadoran American cultural mix. His name, Valladares said, was inspired by Estadio Cuscatlán, La Selecta’s 44,000-seat home and site of Thursday’s game with the U.S.

Chinchilla, standing behind Valladares in the stadium parking lot, gives a playful slap to the soft padding that makes up Cuscatleco’s faux biceps and offered his own take on the team.

“We’ve never won anything,” he said. “We’ve never even come close to winning anything. This is exciting for us. We know where the team is heading. And it’s forward.”

You can credit another Salvadoran American who has lived most of his life in the space between cultures for navigating that course correction. When Hugo Pérez, a Salvadoran who played 73 games for the U.S. national team, took over as coach of La Selecta in April he began recruiting Salvadoran Americans in earnest for the first time.

And that didn’t just change the results. It changed just about everything else about the team as well.

Pérez was born in El Salvador, where his father and grandfather played professional soccer, but moved to the U.S. when he was 11. He became a U.S. citizen a decade later and spent most of his career playing for a series of teams in Southern California while representing the U.S. in the 1984 L.A. Olympics and the 1994 World Cup, earning induction into the National Soccer Hall of Fame.

The experience as a dual national, which allows you to represent two countries yet often means you’re ignored by both, helped him identify with the unique experiences of U.S.-based Salvadorans, say those he recruited.

“Getting somebody like Hugo, who did play on the U.S. national team, someone who can speak English and Spanish, someone who’s played at a high level, and someone who’s come in to really try to push the envelope and change the way things are done has been attractive for guys like me,” said defender Eriq Zavaleta, who played in 23 games for U.S. youth national teams but made his senior team debut for La Selecta last June.

“There’s a domino effect when things like that happen,” he said.

Forward Walmer Martinez, born in Santa Cruz to Central American parents, made his Salvadoran debut alongside Zavaleta in June while midfielders Alex Roldan and Amando Moreno, who both have Salvadoran mothers, joined a month later.

That’s quite a change from 2019, when 19 of the 23 players former coach Carlos de los Cobos chose for El Salvador’s Gold Cup roster came from the country’s 12-team domestic league. Only one was born in the U.S.

“I’m glad, honestly, to be hearing and seeing all these players come out of the United States and getting the opportunity,” said forward Joaquín Rivas, who moved to Los Angeles from El Salvador when he was 4. “Obviously I know I’m an American citizen. But in my heart, I’ll always be Salvadoran and I’m honored to represent my country.”

Recruiting dual nationals is not new to international soccer — more than a dozen players on the U.S. team were eligible, by birth or heritage, to play for other countries. And the practice not only increases the number of players a team can draw from, but it brings added strengths and styles as well.

“There is a Salvadoran part that unites them to the group and that is very important,” said captain Darwin Cerén, an eight-year MLS veteran who leads active players in appearances with the national team. “But adding players that play in the United States … it is much more competitive.

“When you have the possibility of being able to grab players that can strengthen the team, you should. [Pérez] has chosen well. The path is already transforming for the good of La Selecta.”

For Zavaleta, it’s a path that has drawn his father Carlos, a former Salvadoran youth international, back to a homeland he left as a teenager. Zavaleta said his father came to Los Angeles to play at UCLA and never returned but he plans to be in San Salvador for Thursday’s qualifier with the U.S.

“This is the best part about football, to make your family proud,” Zavaleta said. “To not only play in these games, but in El Salvador, for him to come back for the first time in a long time? It means the world to me.”

It means almost as much for people in L.A., many of whom, like Zavaleta and Chinchilla, know El Salvador mainly through old pictures and their parents’ stories, yet who still live in the space between Salvadoran American.

“I personally feel that La Selecta is a lot better supported here in the U.S. than it is in El Salvador,” Chinchilla said. “Over there it’s like, ‘Hey we love you, but you’re going to lose.’ They already have that conditioned. You’re going to break our hearts.

Loading...
Denial of responsibility! TechiLive.in is an automatic aggregator around the global media. All the content are available free on Internet. We have just arranged it in one platform for educational purpose only. In each content, the hyperlink to the primary source is specified. All trademarks belong to their rightful owners, all materials to their authors. If you are the owner of the content and do not want us to publish your materials on our website, please contact us by email – [email protected]. The content will be deleted within 24 hours.
contenderCupfuelhelpednews updateraisedriseSalvadorans
Share