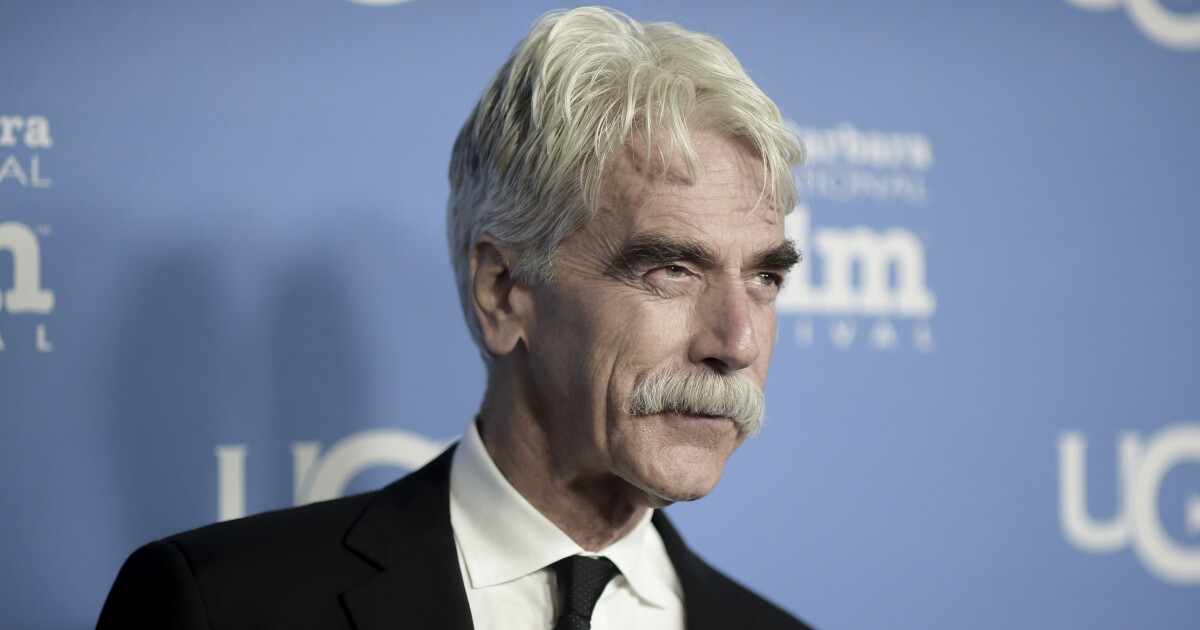 Sam Elliott took “The Power of the Dog” personally. And not in a good way.

Calling the Jane Campion movie “a piece of s—” on comic Marc Maron’s podcast Monday, the 77-year-old “A Star Is Born” actor — who has been doing westerns for the bulk of his career — pulled no punches as he discussed the most-nominated film at this year’s Oscars.

Elliott said he hadn’t liked the film anyway, but then saw a full-page ad in the Los Angeles Times with a review blurb that said “The Power of the Dog” was — in the actor’s words — “an evisceration of the American myth.” That comment really fried him.

“I thought, what the f—?” Elliott said. “This is a guy who’s done westerns his entire life. ‘The evisceration of the American myth.’ It looked like — what are all those dancers, those guys in New York that wear bow ties and not much else? Remember them from back in the day?”

“That’s what all these f— cowboys in that movie looked like. They’re all running around in chaps and no shirts. There’s all these allusions to homosexuality throughout the f— movie,” Elliott said.

“Yeah. I think that’s what the movie’s about,” Maron replied.

The ad that blew the mustachioed actor’s mind actually quoted Manohla Dargis of the New York Times (and an L.A. Times alumna). She wrote in her review that “The Power of the Dog” was “a great American story and a dazzling evisceration of one of the country’s foundational myths.”

“It’s easy to sum up the movie: It is at once a revisionist Western, a mystery …, an exploration of masculinity and femininity, a lament for the limits the world puts on us and those we shoulder until we can no longer bear them,” Dargis added. “And while it is a tragedy, it is also a liberation story, including for a genre again renewed by a brilliant, unfettered director.”

Elliott also called Campion a brilliant director and noted that he loved her previous work.

“But what the f— does this woman from [New Zealand] know about the American West?” he asked. “And why in the f— did she shoot this movie in New Zealand and call it Montana? And say, ‘This is the way it was’? … That f— rubbed me the wrong way.”

(L.A. Times film critic Justin Chang noted in his review that filming the Montana wilds in New Zealand felt “curiously fitting in a movie about the deceptive nature of appearances.”)

Elliott said the “myth” was that there were these “macho men” who were there with the cattle. But, he said, he’d just come from filming in Texas where he was hanging out with big, multigenerational families — not just men — whose lives were all about being cowboys. In other words, the myth was no myth; it was reality.

When he saw all that, he said, “I thought, what the f—? Where are we in this world today?” Maron pointed out that it probably wasn’t the biggest issue at hand, and Elliott agreed, but added, “For me, it was the only issue.”

“I mean, [Benedict] Cumberbatch never got out of his f— chaps,” the actor continued. “He had two pair of chaps: a woolly pair and a leather pair. And every f— time he’d walk in from somewhere … he never was on a horse, maybe once. He’d walk into the f— house, storm up the f— stairs, go lay on his bed in his chaps and play his banjo. And it’s like … where’s the Western? Where’s the Western in this western?”

Maron, who was chuckling throughout the hour-plus interview — though sometimes uncomfortably during this part — quizzed the actor as to whether there was a part of him that understood that this was an art film that told a specific story, and whether he understood that the blurb was a critic’s thought, not part of the movie itself.

Elliott held firm to his opinion that “The Power of the Dog,” which was adapted from a 1967 novel by Thomas Savage, basically stunk.

“Well, you’re part of it,” Maron said, referring to the western genre. “So I guess it’s personal and social.”

Twitter folk took Elliott’s opinions personally as well. Though some said he spoke the truth, and that Oscar favorite “The Power of the Dog” was lousy, others were critical.

“Sam Elliott being a homophobe is bumming me out, but him thinking Kodi Smit-McPhee looks like a chippendale is definitely pretty funny,” Paul McCallion wrote.

“Is it possible that the nation of origin is not Sam Elliott’s main issue with highly acclaimed female filmmaker Jane Campion?,” writer Ben Stephens tweeted, capping a long thread that called out how many classic westerns have been written and directed by people not affiliated with the West and shot in other locations.

Social-justice activist Tami Sawyer, a county commissioner and chair of education in Memphis, Tenn., chimed in as well.

Denial of responsibility! TechiLive.in is an automatic aggregator around the global media. All the content are available free on Internet. We have just arranged it in one platform for educational purpose only. In each content, the hyperlink to the primary source is specified. All trademarks belong to their rightful owners, all materials to their authors. If you are the owner of the content and do not want us to publish your materials on our website, please contact us by email – [email protected]. The content will be deleted within 24 hours.
ChippendalesCowboysDancersdogdontElliottentertainment newsEntertainment update
Share