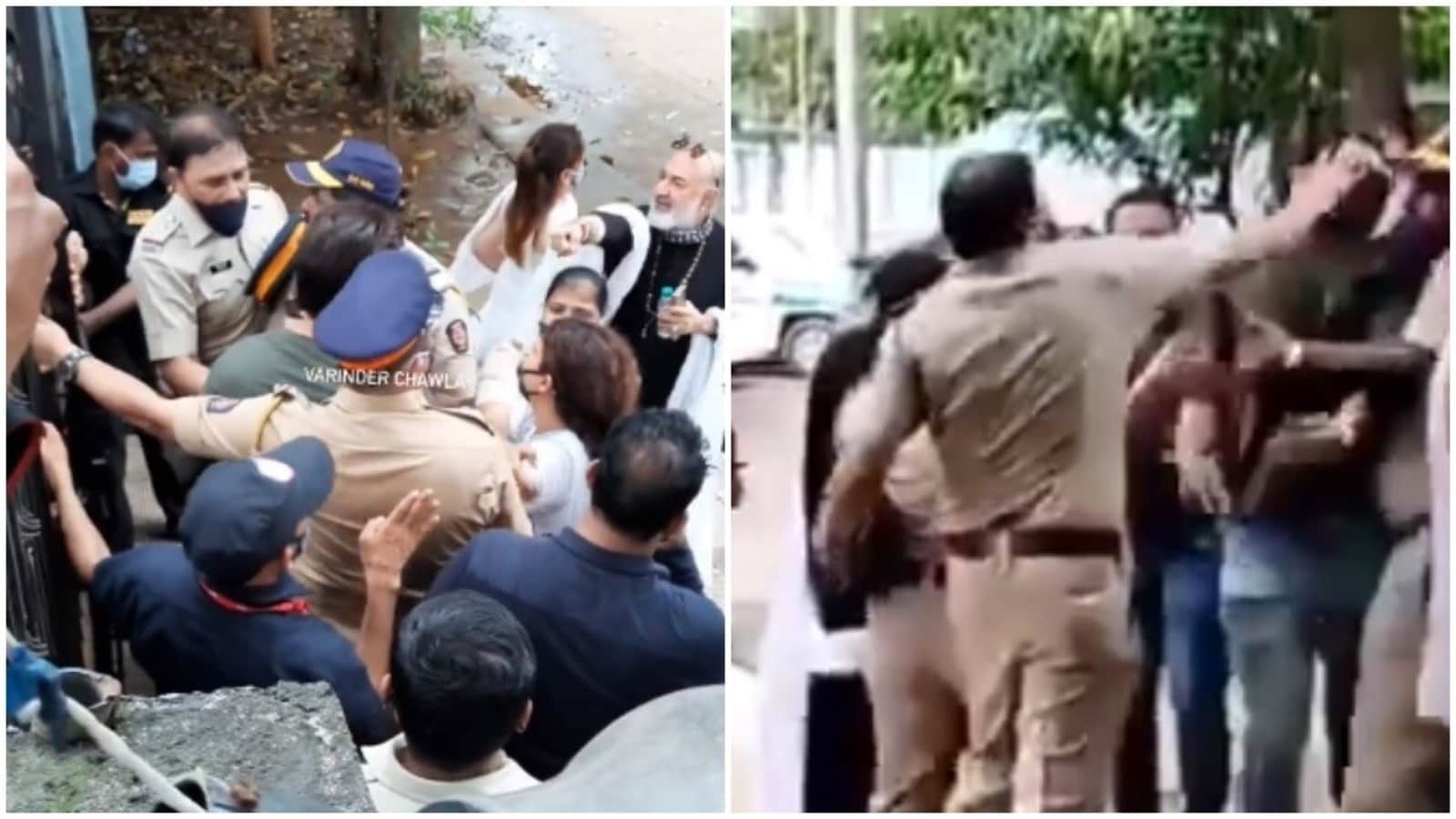 Sambhavna Seth gets into a brawl with Mumbai cop after he manhandles her husband at Sidharth Shukla’s funeral. Watch

Actor Sambhavna Seth got into a brawl with the police in Mumbai after her husband Avinash Dwivedi was manhandled by one of the officials on Friday. The incident took place at the Oshiwara Crematorium where the last rites of Sidharth Shukla were performed. Several videos of the incident have surfaced online showing Sambhavna screaming at the cops.

In one of the videos shared on Instagram, Sambhavna Seth along with Avinash Dwivedi stood near a gate with their friends, surrounded by a group of police officials. Sambhavna walked away from the gate and at the same time a scuffle broke out. In the clip, a cop held Avinash by his T-shirt then pushed him back with his hand on his face. Sambhavna then rushed towards them.

In another video shared by a paparazzo account on the platform, Sambhavna tugged at the cop’s hand as she approached him. One of her friends shouted at the cop while pointing at Avinash, “Kyu haat lagaya usko (Why did you touch him)?” As Sambhavana pulled Avinash away, the latter told the cop, “Aapne maara (You hit me).” The cop replied, “Maara nahi hai (I didn’t hit you).”

The argument continued with Sambhavna asking the cop repeatedly, “Aapne kameez kaise pakda hai (How could you hold him by the T-shirt)?” The argument ended with the group making their way towards the crematorium.

Fans came forward to support Sambhavna. A fan took to the comments section of the video and said, “Policeman had hit Avinash sir for no reason. Anyone would have fought against it.” Another person commented, “How could he hit him????” A user also said, “Feeling bad for them.”

Sambhavna Seth and Avinash Dwivedi were attending the last rites of Sidharth. The actor died on Thursday at the age of 40. He was declared dead on arrival at the Cooper Hospital in Juhu. He was cremated in the presence of his family, friends and colleagues.

Sidharth became a household name with his role in the long-running TV show Balika Vadhu. His popularity shot to new heights after he won Bigg Boss 13.

Denial of responsibility! TechiLive.in is an automatic aggregator around the global media. All the content are available free on Internet. We have just arranged it in one platform for educational purpose only. In each content, the hyperlink to the primary source is specified. All trademarks belong to their rightful owners, all materials to their authors. If you are the owner of the content and do not want us to publish your materials on our website, please contact us by email – [email protected]. The content will be deleted within 24 hours.
Avinash Dwivedibrawlcopentertainment newsEntertainment updatefuneralhusbandmanhandles
Share