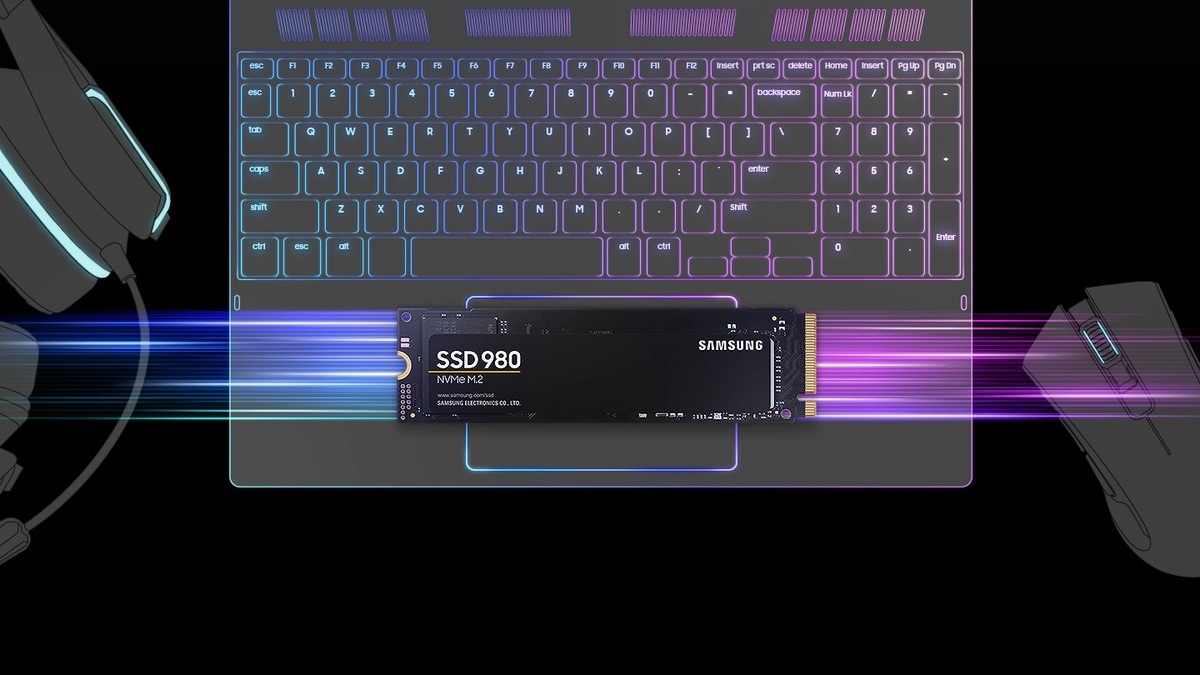 Samsung 980 NVMe M.2 SSD has been launched in India as the first DRAM-less offering from the South Korean tech giant. It replaces the 970 EVO NVMe M.2 SSD. The storage drive is also cheaper than its predecessor and is also claimed to be 56 percent more energy efficient as well. It is offered in 250GB, 500GB and 1TB versions. The low price point is primarily due to the DRAM-less design of the storage drive. Pricings for Samsung 980 NVMe M.2 SSD go up to Rs. 16,999.

Samsung 980 NVMe M.2 SSD features a DRAM-less hardware. DRAM (Dynamic Random Access Memory) is used for mapping contents of an SSD, without which it becomes difficult to quickly and efficiently access data. Samsung has utilised a Host Memory Buffer (HMB) technology that helps directly link the SSD to the host processor’s DRAM. Samsung has also equipped the SSD with the latest version V-NAND and claims that it is six times faster than SATA SSDs.

Samsung 980 NVMe M.2 SSD offers sequential read and write speeds of up to 3,500MBps and 3,000MBps, while random read and write performances are rated as high as 500K IOPS and 480K IOPS, respectively.