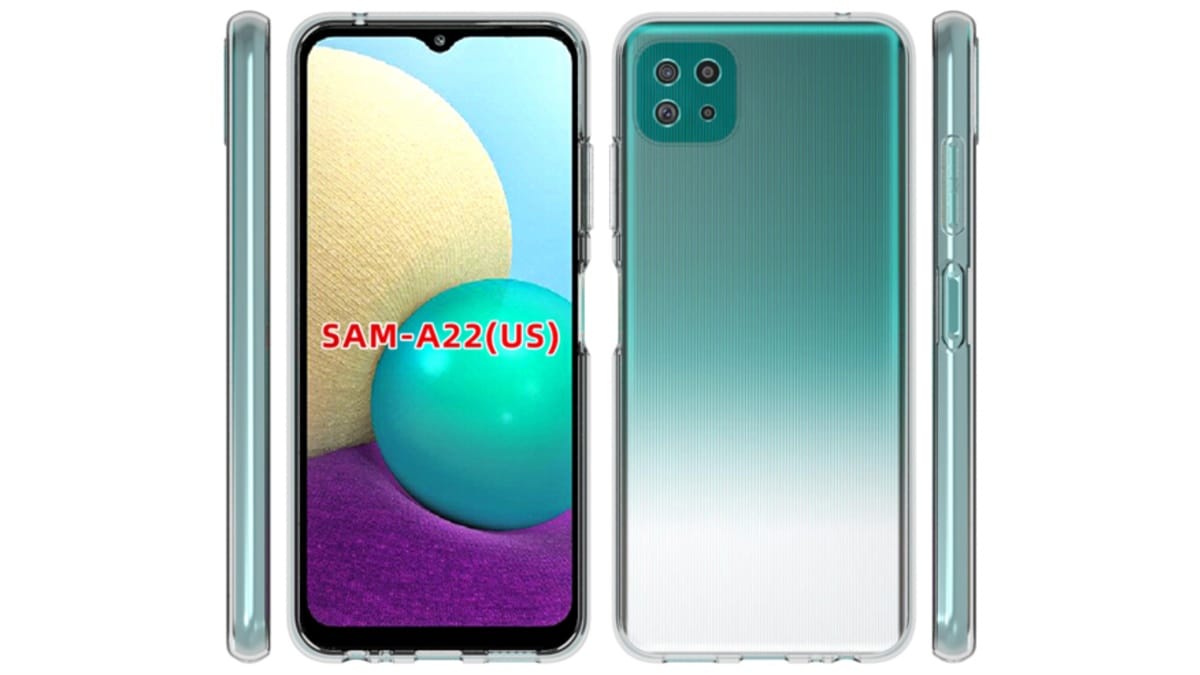 Samsung Galaxy A22 purported case renders have surfaced on the Web to suggest the design of the rumoured phone. The renders indicate the front and back of the Galaxy A22 and hint at the presence of a side-mounted fingerprint sensor as well as a triple rear camera setup. The Samsung Galaxy A22 also appears to have a waterdrop-style display notch design. Although the company has not provided any official details, the rumour mill has suggested that the Galaxy A22 could come in 4G and 5G variants. The smartphone is also speculated to have four different colour options to choose from.

Tipster Sudhanshu has tweeted the renders suggesting the design of the Samsung Galaxy A22. The purported renders are claimed to be sourced from a third-party case maker.

As per the renders, the Samsung Galaxy A22 seems to have a square-shaped camera module at the back, with three sensors and one tiny hole that is likely to accommodate an LED flash. Some previous reports, however, suggested a quad rear camera setup on the smartphone.

The back of the Galaxy A22 also appears to have a finish at the back that is quite identical to the one we saw on the Samsung Galaxy M62 earlier.

Apart from its back, the Samsung Galaxy A22 seems to have a side-mounted fingerprint sensor and a volume rocker on one of its sides. There is also a noise cancellation microphone on the top and elements namely a loudspeaker grill, USB port, primary microphone, and a 3.5mm headphone jack on the bottom.

The case renders also suggest that the phone has the waterdrop-style display notch. However, it is important to note that we couldn’t make a clear judgement whether the phone has the notch or a hole-punch placement from the case that appeared in the render as it doesn’t have any cutouts or curves to confirm the design.

Samsung has not yet provided any confirmation on the existence of the Galaxy A22. However, the rumour mill has details since January 2020. The smartphone is said to be in the works with a model number SM-A225F and is speculated to debut in the second half of 2021 — sometime in June particularly.

Apart from other markets, the Samsung Galaxy A22 is likely to come to India soon as it was allegedly spotted on the Bureau of Indian Standards (BIS) site recently.

Apple confirms when iOS 14.5 update will be available to iPhone owners worldwide