Notice: amp_is_available was called incorrectly. `amp_is_available()` (or `amp_is_request()`, formerly `is_amp_endpoint()`) was called too early and so it will not work properly. WordPress is currently doing the `pre_get_posts` hook. Calling this function before the `wp` action means it will not have access to `WP_Query` and the queried object to determine if it is an AMP response, thus neither the `amp_skip_post()` filter nor the AMP enabled toggle will be considered. It appears the theme with slug `publisher` is responsible; please contact the author. Please see Debugging in WordPress for more information. (This message was added in version 2.0.0.) in /home/runcloud/webapps/techilive/wp-includes/functions.php on line 5313
 Samsung Galaxy M42 5G Is Rebranded Galaxy A42 5G: Report - TechiLive.in 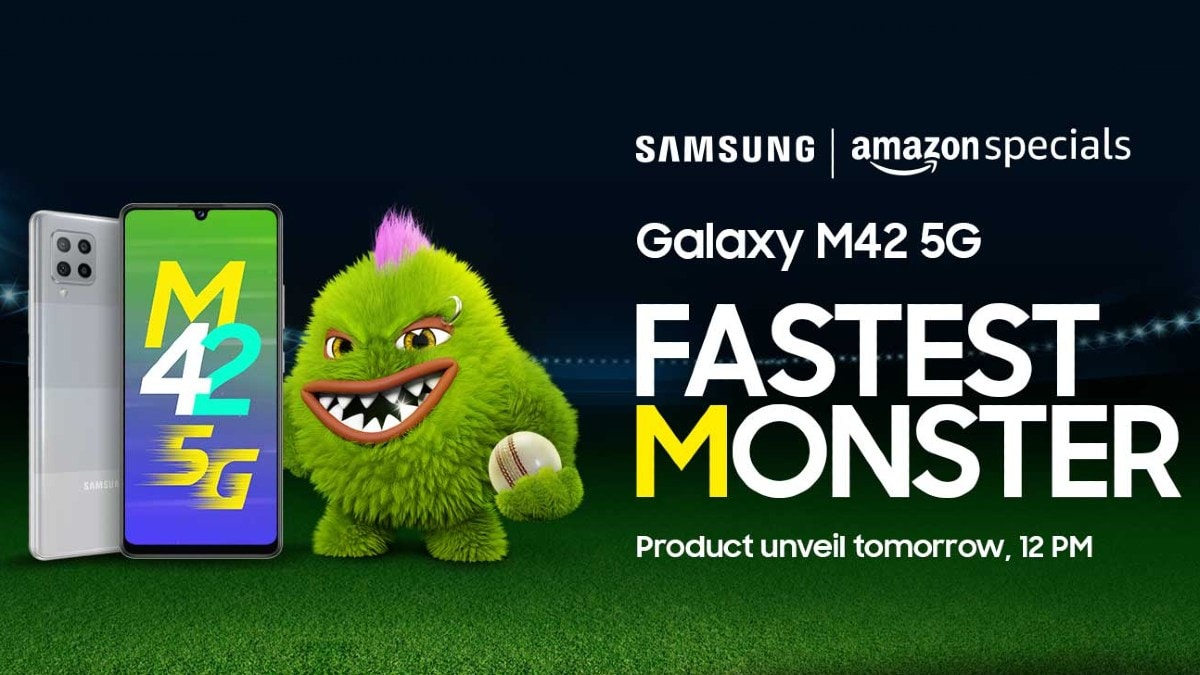 Galaxy M42 5G smartphone is a rebranded version of the Samsung Galaxy A42 5G, according to a report citing Google Play Console listings of the smartphones. The report noted that both smartphones had the same device code on the Google Play Console. This comes a day ahead of the India launch of the Samsung M series smartphone, which will retail on Amazon. The Samsung Galaxy M42 will come with the Qualcomm Snapdragon 750G SoC, display with a waterdrop notch, and square-shaped rear camera module.

The Galaxy M42 5G launch in India is scheduled on April 28, and the smartphone will retail on Amazon India website. A listing on the e-commerce giant has also revealed the design of the smartphone showing a quad rear camera setup in a square shaped module. The e-commerce site is taking registrations, so if you are interested in purchasing the smartphone, you can click on the ‘Notify Me’ button to get updates about the same. The Samsung smartphone is also likely to be available via Samsung online store. As far as price in concerned, there is no official statement on it, but past leaks suggest the phone may be priced in India between Rs. 20,000 and Rs. 25,000.

Although the Samsung Galaxy M42 5G is said to be a rebranded version of the Galaxy A42 5G, the phone may have some differences in the specifications department. Until now, it has been confirmed that the smartphone will be launched with the Qualcomm Snapdragon 750G SoC under the hood. It should run on Android 11 operating system out of the box and is tipped to pack 6GB and 8GB RAM options. The quad camera setup at the back is reported to feature a 64-megapixel main sensor. The Samsung Galaxy A42 comes with a 48-megapixel primary sensor. The Samsung M series phone may pack a large 6,000mAh battery, and it will also have Samsung Pay.

We dive into all things Apple — iPad Pro, iMac, Apple TV 4K, and AirTag — this week on Orbital, the Gadgets 360 podcast. Orbital is available on Apple Podcasts, Google Podcasts, Spotify, and wherever you get your podcasts.
Affiliate links may be automatically generated – see our ethics statement for details.