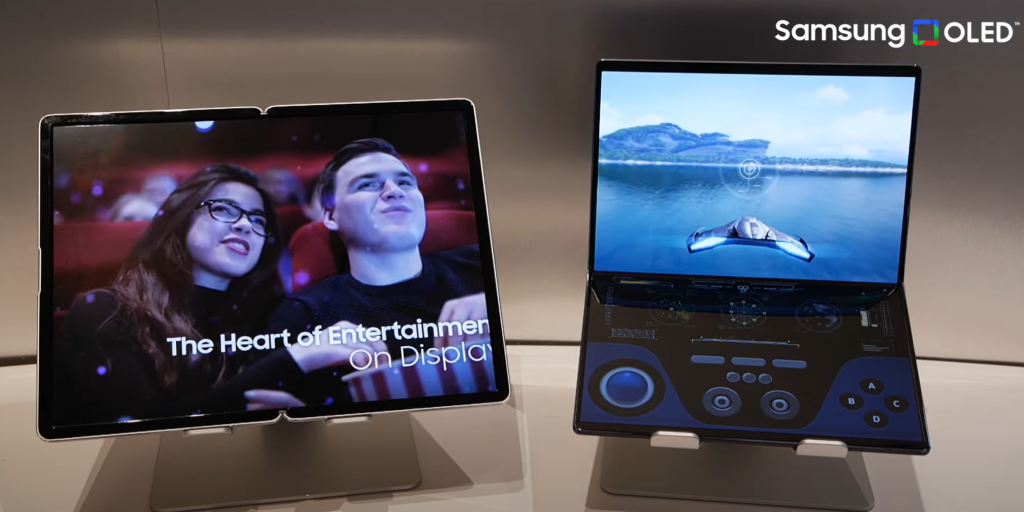 Samsung, one of the self-styled kings of folding phones, would like to remind you that it could do the same for laptops with the Flex Note.

Asus already showed off a 17-inch folding Windows tablet earlier in the week and the Flex Note appears cut from the same cloth. Samsung’s video describes it as an OLED display that folds down to a 13-inch form factor and then unfolds to a 17-inch display. Samsung didn’t put a price on the concept, nor did it say if or when it would be produced.

With phones like the Samsung Galaxy Fold already about two years old, however, we have no doubt that Samsung could ship a device like this if it wants to. (We even think Samsung’s folding phone makes you better in fantasy football.)

Still, folding PCs have become the white whale of the laptop industry. Intel’s folding Horseshoe Bend concept and the Surface Neo appear and then vanish months later. On the other hand, Intel’s own Evo brand is anticipating a surge in foldable PCs by prepping a foldable spec that will debut in 2022. Given Intel’s close relationship with its partners, it makes sense that something is coming in the foldable space. Our question is, if they’re coming, why weren’t they announced en masse at CES? Samsung’s announcement also emerged from its display division and not its PC business. All of these invite questions that would have been answered by a straightforward announcement.

There’s one other quirk worth noting. Microsoft’s “delayed” Surface Neo shipped with a physical keyboard and neither Asus nor Samsung showed off a keyboard sleeve or a way to avoid tapping your fingers on glass throughout the course of a day. One of the quirks of the original Apple iPad is that Apple let reporters who took notes on an iPad come down to the very front rows of press conferences, closest to CEO Steve Jobs and any new products. That may have been fine for the times, but our partners at Macworld began running roundups of the best iPad keyboards several years ago — something to remember as foldable Windows tablets inch forward.

Until we begin seeing foldables and using them, we still don’t know whether they’ll be more useful than a traditional clamshell PC. But at least Asus has committed to a product. Concepts like the Flex Note and Lenovo X1 Fold can’t be too exciting if we wonder if they’ll ever ship.

Denial of responsibility! TechiLive.in is an automatic aggregator around the global media. All the content are available free on Internet. We have just arranged it in one platform for educational purpose only. In each content, the hyperlink to the primary source is specified. All trademarks belong to their rightful owners, all materials to their authors. If you are the owner of the content and do not want us to publish your materials on our website, please contact us by email – [email protected]. The content will be deleted within 24 hours.
conceptFlexfoldablegadget updatelaptopNoteproductSamsung
Share