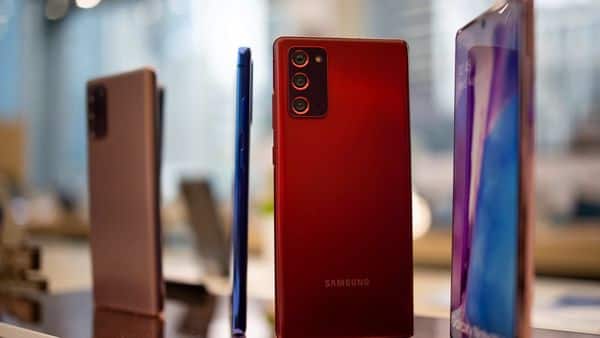 Samsung Electronics Co., one of the world’s largest chip producers, warned of a “serious” imbalance in the semiconductor industry and said it may have to delay the introduction of one of its key smartphones.

Samsung mobile chief Koh Dong-jin made the comments during the company’s annual shareholders meeting in Seoul. The technology industry has been struggling with a shortage of semiconductors that has closed auto plants around the world and threatened supply of other products.

“There’s a serious imbalance in supply and demand of chips in the IT sector globally,” said Koh, who’s also co-chief executive officer. “Despite the difficult environment, our business leaders are meeting partners overseas to solve these problems. It’s hard to say the shortage issue has been solved 100%.”

Koh, who oversees IT and mobile communications, said Samsung may decide not to introduce its Galaxy Note during 2021’s second half.

“Note series is positioned as a high-end model in our business portfolio,” he said. “It could be a burden to unveil two flagship models in a year so it might be difficult to release Note model in 2H. The timing of Note model launch can be changed but we seek to release a Note model next year.”

If your iPhone charger blows up, it may be a fake sold on Instagram