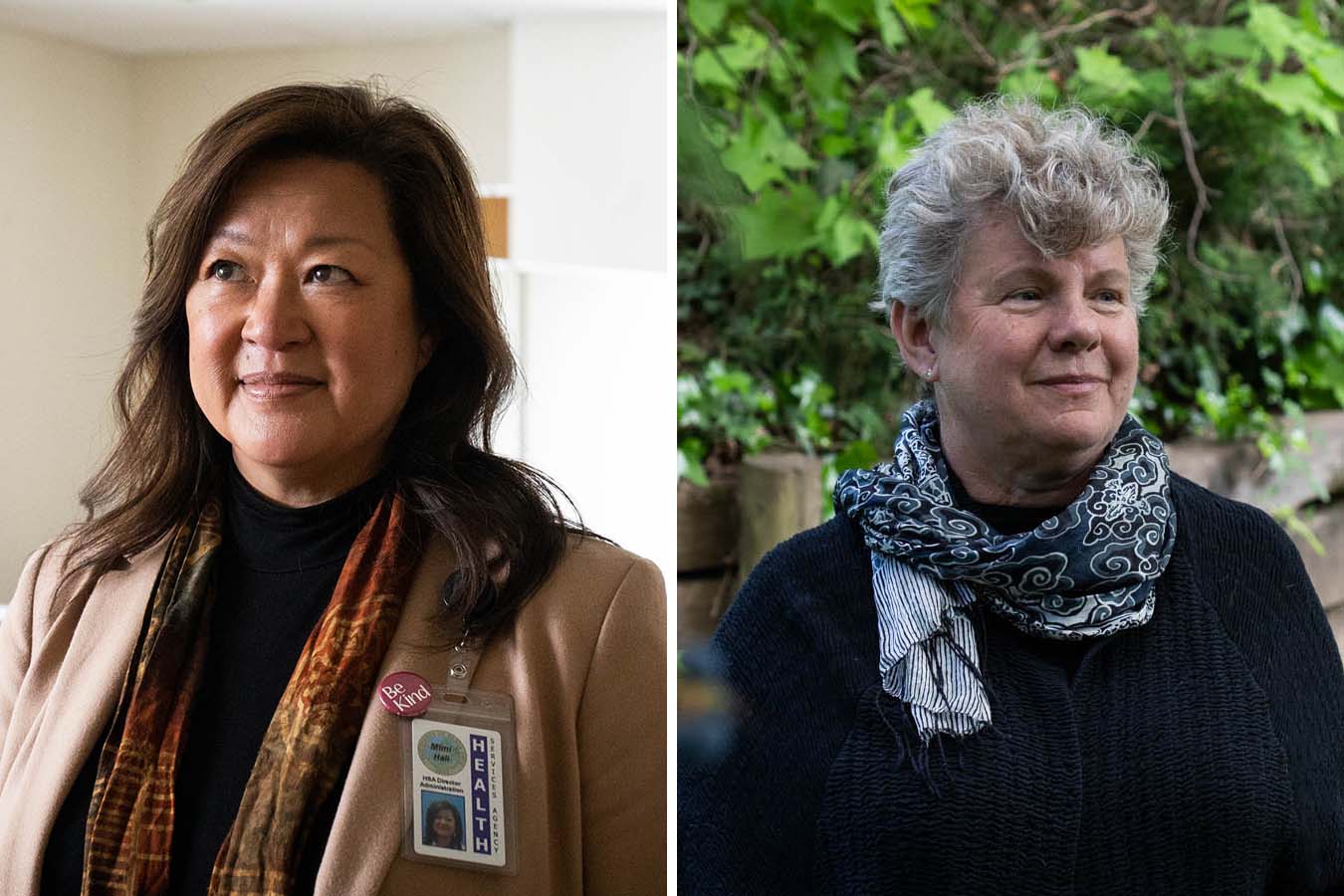 Two California public health officials who pressed forward with aggressive measures to contain covid-19 even while enduring death threats and harassment will be honored with the 2021 PEN/Benenson Courage Award from PEN America, the group announced Friday.

Mimi Hall and Dr. Gail Newel, health director and health officer, respectively, for Santa Cruz County, California, will be honored Tuesday at the PEN America Literary Gala in New York City. Newel was one of the first officials in the nation to institute a shelter-in-place order at the beginning of the pandemic, and under Hall and Newel, Santa Cruz has experienced some of the lowest covid case rates in the country, as well as one of the smallest gaps in vaccination by race or ethnicity.

“In a sea of denialism and pushback against credible science, Mimi Hall and Gail Newel are standard bearers for everyone who’s on the side of responsible public health messaging,” Suzanne Nossel, chief executive officer of PEN America, a nonprofit that advocates for freedom of expression, said in a statement.

Over the course of the pandemic, public health officers across the nation have become the face of local government authority. In turn, they have confronted rage and resentment from members of the public and become targets of loose-knit militia and white nationalist groups. Hall and Newel lived through such a scenario in Santa Cruz County, where legitimate debate over their covid-related public health orders devolved into vitriol and sinister intimidation.

Earlier this year, KHN profiled the women and their experiences in an online story, as well as an audio episode with “This American Life.” Both women soldiered on with their public health duties, even as their homes and families became targets of protest and violent threats and their daily routines morphed to incorporate security patrols and surveillance cameras.

“It’s not okay what’s happening now. I don’t think there’s any time other than now that I’ve actually been afraid for American democracy, and it’s highlighted and exacerbated by this assault on science and service,” Hall said in a statement. Both women said they are accepting the award on behalf of health officials across the country, many of whom risked losing their jobs if they spoke out.

In September, Hall tendered her resignation, joining more than 300 top public health officials who have resigned, retired or been fired during the pandemic, according to an ongoing KHN-AP analysis.

The PEN/Benenson Courage Award was created in 2015 to honor “exceptional acts of courage in the exercise of freedom of expression.” Previous winners include Darnella Frazier, the Minneapolis teenager who filmed the murder of George Floyd by a police officer; law professor and equal rights advocate Anita Hill; and Dr. Mona Hanna-Attisha and LeeAnne Walters, two women who helped expose the water crisis in Flint, Michigan.

Denial of responsibility! TechiLive.in is an automatic aggregator around the global media. All the content are available free on Internet. We have just arranged it in one platform for educational purpose only. In each content, the hyperlink to the primary source is specified. All trademarks belong to their rightful owners, all materials to their authors. If you are the owner of the content and do not want us to publish your materials on our website, please contact us by email – [email protected]. The content will be deleted within 24 hours.
battleCovidCruzDenialismHealthHealth newsHealth updateHonored
Share

AT&T Stock: Company in Transition with mixed Fundamentals By TipRanks