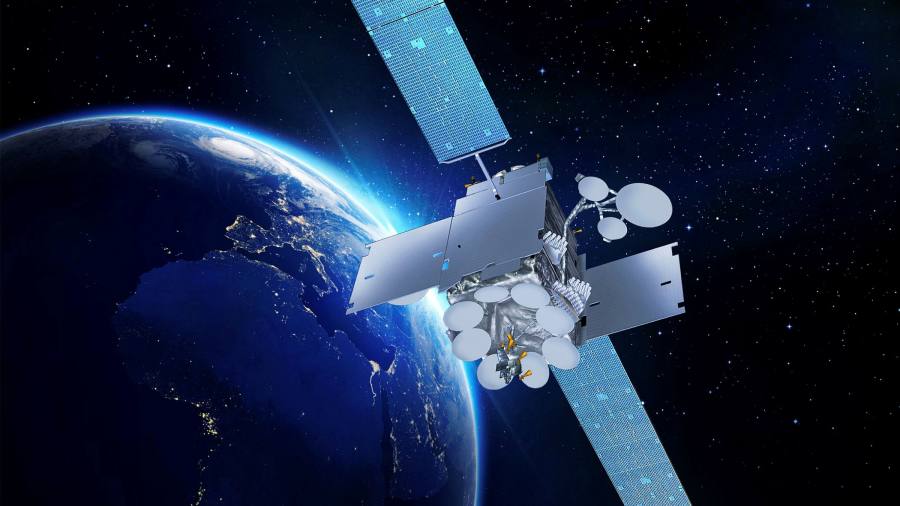 A $7.3bn offer for UK satellite business Inmarsat earlier this month sent tremors through the industry: after years of talk about consolidation, a deal, maybe the first of many, had finally been done.

If completed, the takeover by US group Viasat would be the largest for the global satellite sector and will create its biggest player. It also leaves rivals including SES, Eutelsat, Intelsat and EchoStar considering how to scale up in a fragmented market or face becoming corporate space junk.

These companies — established businesses that operate large, powerful geostationary, or GEO, satellites that sit 35,000 kilometres above the Equator — have dominated the space communications sector for decades.

But their values have slumped in recent years as sources of cash flow — from satellite TV transmission, expensive satellite phones and rural internet connectivity — have started to dry up and terrestrial telecoms networks have expanded and improved.

That has coincided with the rise of low-earth orbit satellites, or LEOS, such as Elon Musk’s Starlink, Amazon’s Project Kuiper and the UK government-backed OneWeb.

This new generation of companies have launched thousands of low-cost satellites capable of delivering broadband, transforming the space economy in the process.

Space Capital, which has tracked the rise in activity, reported $231bn of equity investment in 1,654 companies over the past decade. The US and China account for more than two-thirds of the spending and just last year the Chinese government filed applications with the International Telecommunications Union for two LEO constellations with almost 13,000 satellites.

None of this has helped improve investor sentiment towards the older generation GEO satellite businesses.

SES, which is part owned by the Luxembourg government, trades at a fifth of its 2015 market capitalisation, while Eutelsat, 20 per cent owned by the French government, has lost almost two-thirds of its value over the same period. Debt-laden US group Intelsat has yet to exit the bankruptcy process it entered in May 2020 while EchoStar, billionaire Charlie Ergen’s satellite business, has lost half its value since 2017.

The industry has long flirted with consolidation but mergers have proved difficult to land, often for political reasons — satellite companies are seen as strategic assets — or on valuation grounds. The sector is littered with bankruptcies and debt levels are high because of the cost of launching satellites. Consolidation has been held back by what industry analyst Chris Quilty calls “shallow pockets”.

As a result, some 55 companies are still in the market. That fragmentation and lack of scale has now attracted the attention of outside investors. Inmarsat was taken private last year, and earlier this year Eutelsat turned down an unsolicited takeover offer from billionaire Patrick Drahi.

That has helped to focus minds after years of near misses on the consolidation front. Rajeev Suri, the former Nokia chief executive who was appointed this year to run Inmarsat, told the Financial Times: “The industry structure will change. It is long overdue. It’s a question of when not if.” The industry will boil down to a “handful” of players over the next five to seven years, he predicted. “For the health of the sector, we need consolidation.”

Mark Dankberg, executive chair of Viasat, argued that the outside interest in satellites shows the industry’s potential. “The one thing that Drahi’s proposal did was that it highlighted the value in satellites. What people will see value coming from is growth in the market,” he said.

Inmarsat’s owners accelerated plans to sell the company because of the effect of the pandemic on its business providing communication services to aviation and shipping. SES had also held talks over a deal for Inmarsat, said two people with direct knowledge of the negotiations. SES declined to comment.

The combined Viasat-Inmarsat would have 19 satellites — with 10 to be launched over the coming three years — and 20 per cent of satellite industry revenues. Suri described it as a “scale and scope” deal that will strength its growth prospects in markets including maritime, aviation and government.

The combined company will still be GEO-only but the deal could trigger others to consider their plans, especially those looking to build “mega-constellations” offering services from giant GEOs to tiny LEOs.

Others are less convinced there will be a mad scramble among Viasat’s rivals. Quilty said: “It remains unclear whether other satellite operators will choose to emulate Viasat’s path or aggressively target Viasat’s customers while the company endures a year-long, challenging regulatory approval process.”

Another chief executive in the satellite sector argued there is a more fundamental shift occurring and that billionaires such as Musk, Jeff Bezos and Richard Branson are “distorting the real economics of space” with projects that may never turn a profit.

“They buy platforms for unsustainable business reasons but get to play out their childhood passions about being involved in space,” the executive said. “There is a lot of value destruction coming, but it’s probably still a few years away so the party continues for now.”

Denial of responsibility! TechiLive.in is an automatic aggregator around the global media. All the content are available free on Internet. We have just arranged it in one platform for educational purpose only. In each content, the hyperlink to the primary source is specified. All trademarks belong to their rightful owners, all materials to their authors. If you are the owner of the content and do not want us to publish your materials on our website, please contact us by email – [email protected]. The content will be deleted within 24 hours.
Education newsEducation updatefacegroupsJunknews updateraceSatellite
Share

I definitely want to get married: Ankita Lokhande