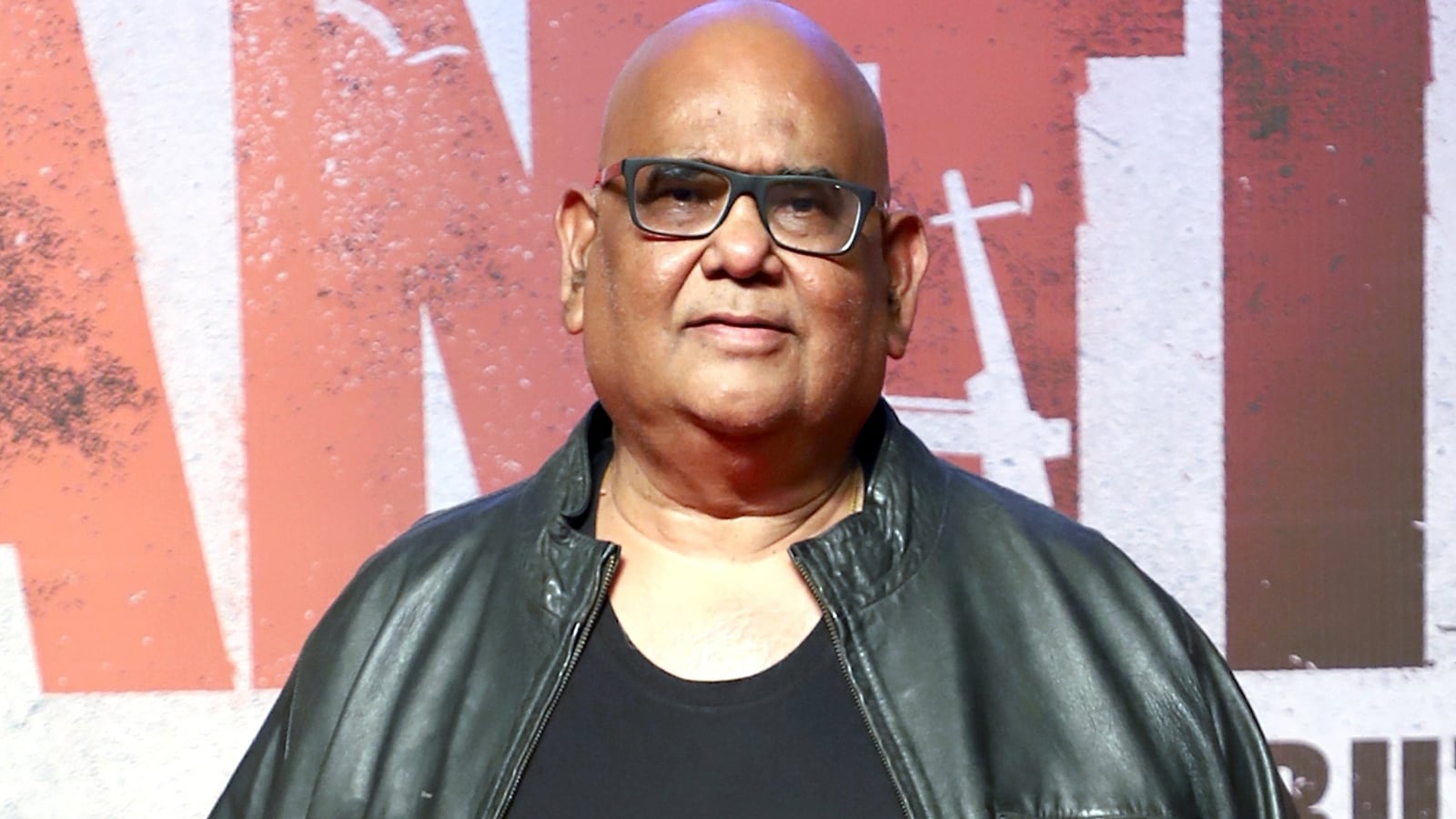 Actor Satish Kaushik on Wednesday posted a long note on Twitter accusing private airline Go First of using dubious means to earn money from passengers. The veteran actor recalled a recent experience where he paid extra money for a particular seat but the airline allegedly still sold that seat to someone else. The thread saw a response from the airline on Twitter, who assured he would be contacted soon. The actor also received a lot of support from fans and industry colleagues. Also read: Arya Babbar and airline pilot get into heated argument over his joke, actor is called to the cockpit. Watch

Satish posted on Twitter on Wednesday morning about paying ₹25,000 for a middle seat on a Go First flight from Mumbai to Dehradun only to discover that the seat had been sold to some other passenger.

In a long Twitter thread comprising of six tweets, the actor wrote, “It is very very sad that @GoFirstairways has to use dubious ways to earn money from passengers. My office booked two seats (Satish Kaushik/Ajay Rai) in the first row with middle seat also and paid 25K in G8 2315 from Mum-Dehradun on 23rd June. But alas they sold the middle seat to another passenger inspite of my office paying for it.”

It is very very sad that @GoFirstairways has to use dubious ways to earn money from passengers. My office booked two seats (Satish Kaushik/Ajay Rai) in the first row with middle seat also and paid 25K in G8 2315 from Mum-Dehradun on 23rd June. But alas they sold the middle

He added that members of the flight crew tried to help him and were apologetic too. The actor continued, “Mr Zubin from Go First tried to help by telling the other passenger that he will adjust him next flight since the flight was full and there was no seat but that passenger was adamant. After the fellow passenger did not get seat and flight was in hold I decided to offer the seat to him. Zubin and air hostesses who were aghast at the mistake of their own organisation thanked me. Air hostess told me that I will mail her airline office about this unfortunate glitch from their side and give you an apology. Zubin told me that I will inform the office get refund the money for that seat. I told Zubin that it will never happen and as I thought that actually happened. Zubin my office is contacting the customer care and they are saying what I expected, NO REFUND.”

The actor then addressed the airline and accused them of harassing passengers, questioning their practices. “Is it right?? Is this the way to earn extra money by harassing a passenger? It is not about getting refund but it is about voicing your grievance,” his note further read. He concluded by adding, “I could have hold the flight but my goodness and holding the passengers for more hours after three hours of torturous delay did not allow me to do that. Good luck #GoFirstairways.”

Go First responded to the thread on Wednesday afternoon. Their tweet read, “Dear Satish, we thank you for reaching out to us and we regret any inconvenience caused. You will positively hear from our office soon.”

Reacting to the incident, a Go First spokesperson said in a statement, “We truly regret the inconvenience caused to Mr. Satish Kaushik regarding the middle seat – Go More – on flight ‘G8 2315’. We are terribly disappointed by what occurred on his journey and believe that such mistakes should not be condoned, and that no consumer should ever be put through such an ordeal.”

The airline added that they had apologised to Satish and have offered him a refund. “Go First immediately contacted and apologized to Mr. Satish Kaushik as well as offered a refund, which is presently being processed,” their spokesperson said.

However, many Twitter users–including celebs–supported Satish and recounted their own bad experiences with the airline. Actor Soundarya Sharma wrote in reply to Satish’s thread, “I also had the worst experience with them despite of paying extra for the front row @GoFirstairways and many more things! Very irresponsible and unprofessional of them.”

Others remarked that if celebrities are also facing these issues, common man has no hope. “When even celebrities like @satishkaushik2 have to suffer like hoi polloi, it seems customers are taken for granted as a policy by companies,” read one tweet.

This isn’t the first time Go First has faced such criticism from a celebrity. The airline, formerly called GoAir, was criticised by Chitrangda Singh, who made a video about an air hostess in one of their flights behaving rudely with a passenger in February. After the post went viral, the airline had ordered a probe into the matter.

Denial of responsibility! TechiLive.in is an automatic aggregator around the global media. All the content are available free on Internet. We have just arranged it in one platform for educational purpose only. In each content, the hyperlink to the primary source is specified. All trademarks belong to their rightful owners, all materials to their authors. If you are the owner of the content and do not want us to publish your materials on our website, please contact us by email – [email protected]. The content will be deleted within 24 hours.
accusesairlineapologyarya babbarChitrangda SinghDubiousearnentertainment news
Share

Nadal is back at Wimbledon but isn’t confident

Tough Choices: When It’s Time to Move From Home to…

Emmys 2022: The best shows outside drama, comedy and limited…