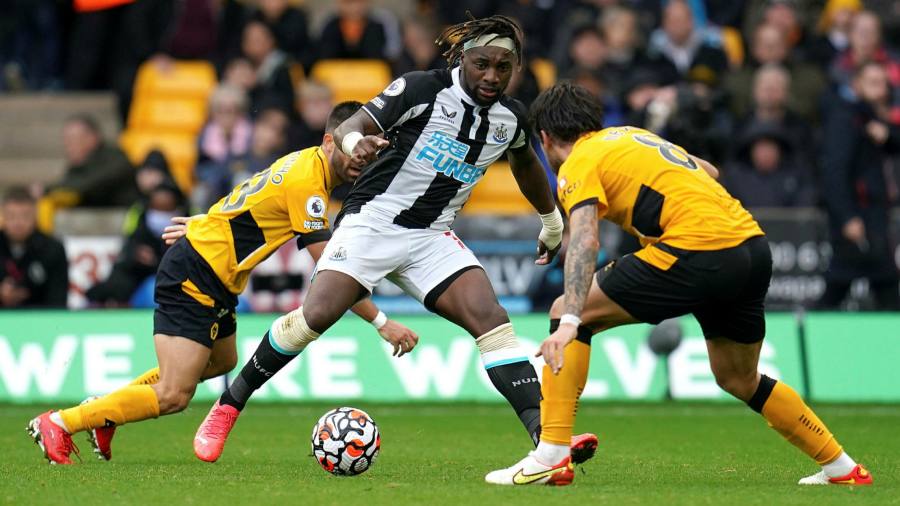 The Premier League said it had ended a dispute over the takeover process with the previous owner, British retail tycoon Mike Ashley, and “the club has been sold to the consortium with immediate effect”.

The deal brings Saudi Arabia into the ownership circle of top European football clubs, alongside Manchester City which is owned by Sheikh Mansour bin Zayed al-Nahyan, a billionaire member of the Abu Dhabi ruling family, and France’s Paris Saint-Germain, which is controlled by Qatar Sports Investment, a state-backed fund.

It ends Newcastle United’s 14-year ownership by Ashley, who had a fractious relationship with the club’s fans, and vaults Newcastle into the ranks of the world’s richest clubs, with the spending power to take on England and Europe’s elite. Newcastle has not won a major domestic trophy since 1955.

Saudi Arabia has lagged behind its neighbours, but is now spending tens of billions of dollars to develop entertainment and sports infrastructure in the kingdom and lure top events, including Formula 1, world championship boxing bouts, golf and tennis, as part of Prince Mohammed’s plans to project a new image of the conservative nation.

The Saudi-led takeover appeared to have collapsed last year after initially failing to be approved by the Premier League, the body that runs the top division in English football.

The Premier League said: “All parties have agreed the settlement is necessary to end the long uncertainty for fans over the club’s ownership. The Premier League has now received legally binding assurances that the Kingdom of Saudi Arabia will not control Newcastle United Football Club.”

It is unclear how these assurances will work in practice. The PIF is chaired by Prince Mohammed who has earmarked it as his prime vehicle to drive his plans to modernise the oil-dependent kingdom.

The fund’s board has nine members, including six Saudi ministers, an adviser to the royal court and its governor Yasir al-Rumayyan, who is one of Prince Mohammed’s closest lieutenants.

After being announced as the club’s non-executive chair, Al-Rumayyan said: “We are extremely proud to become the new owners.” Staveley will join the board, while Jamie Reuben will become a director.

Scoreboard is the Financial Times’ new must-read weekly briefing on the business of sport, where you’ll find the best analysis of financial issues affecting clubs, franchises, owners, investors and media groups across the global industry. Sign up here.

The same investor group had previously failed to pass the Premier League’s Owners’ and Directors’ Test, which bars potential owners if they have committed an act in a foreign jurisdiction that would be considered a criminal offence in the UK.

That requirement had been deemed problematic because of Saudi Arabia’s alleged support of beoutq, an Arabic language pirate television network, which has streamed Premier League matches that beIN had spent billions of pounds to acquire.

Saudi Arabia banned beIN after imposing a regional embargo against Qatar in 2017 with its allies the United Arab Emirates, Bahrain and Egypt. But Prince Mohammed spearheaded efforts to lift the embargo in January, in a move that has helped ease tensions across the region. Its subsequent efforts to settle piracy issues with Qatar and beIN paved the way towards completing the Newcastle deal.

Activists have criticised the PIF-led bid to buy Newcastle, citing the kingdom’s poor human rights record, including the 2018 murder of Jamal Khashoggi by Saudi agents.

Sacha Deshmukh, Amnesty International UK’s chief executive, has fiercely criticised the Premier League’s decision to approve the deal, saying it “needs to better understand the dynamic of sportswashing and tighten its ownership rules”.

Denial of responsibility! TechiLive.in is an automatic aggregator around the global media. All the content are available free on Internet. We have just arranged it in one platform for educational purpose only. In each content, the hyperlink to the primary source is specified. All trademarks belong to their rightful owners, all materials to their authors. If you are the owner of the content and do not want us to publish your materials on our website, please contact us by email – [email protected]. The content will be deleted within 24 hours.
300MacquisitionArabiacompletesEducation newsEducation updateNewcastlenews update
Share

Teenagers in The Times: September 2021