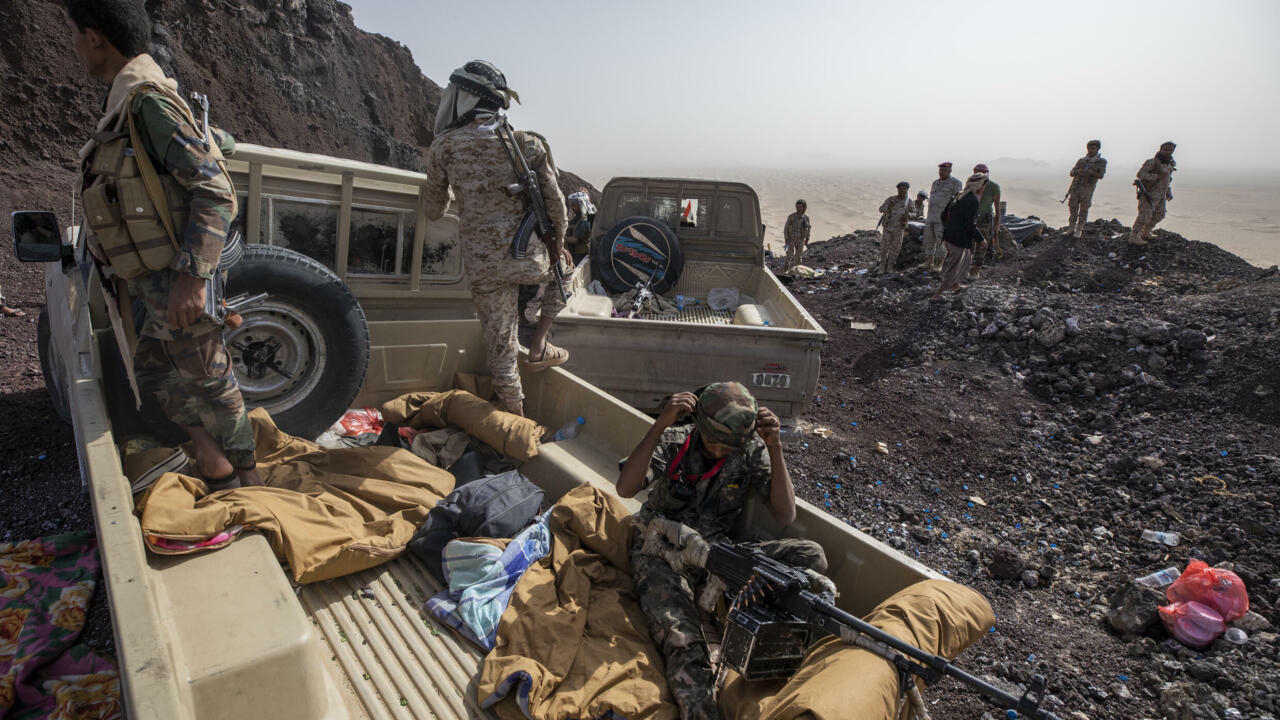 Sixty-seven Yemeni rebels and pro-government troops have been killed as fighting intensifies for the key city of Marib, military and medical sources said Monday.

A volley of air strikes from the Saudi-led coalition targeted the Iran-backed Houthi rebels, who have stepped up their assault on the government’s last northern stronghold.

Hundreds of fighters have died this month after the Houthis renewed their campaign for the capital city of oil-rich Marib province.

“Fifty-eight Huthi insurgents and nine loyalists were killed in fighting and air strikes in the provinces of Marib and Shabwa in the past 24 hours,” military sources told AFP, in figures that were confirmed by medical sources.

The rebels rarely announce their casualties.

According to the military sources, who spoke on condition of anonymity, the Saudi-led coalition launched more than 20 air strikes in the past 24 hours.

“It targeted Houthi vehicles, meeting points and reinforcements in Shabwa and Marib,” they added.

The Houthis initially escalated their efforts to seize Marib in February, hoping to seize control of the region’s oil resources and strengthen their position in peace talks.

Marib, about 120 kilometres (75 miles) east of the rebel-held capital Sanaa, sits at a crossroads between the southern and northern regions and is key to controlling Yemen’s north.

Tens of thousands of people have been killed and millions have been displaced in the war that erupted in 2014, after the Houthis seized the capital Sanaa.

About 80 percent of Yemen’s 30 million people are dependent on aid, in what the United Nations calls the world’s worst humanitarian crisis.

Denial of responsibility! TechiLive.in is an automatic aggregator around the global media. All the content are available free on Internet. We have just arranged it in one platform for educational purpose only. In each content, the hyperlink to the primary source is specified. All trademarks belong to their rightful owners, all materials to their authors. If you are the owner of the content and do not want us to publish your materials on our website, please contact us by email – [email protected]. The content will be deleted within 24 hours.
Citycivil warFierceFightingHealth newsHealth updateHouthi rebelskilled
Share