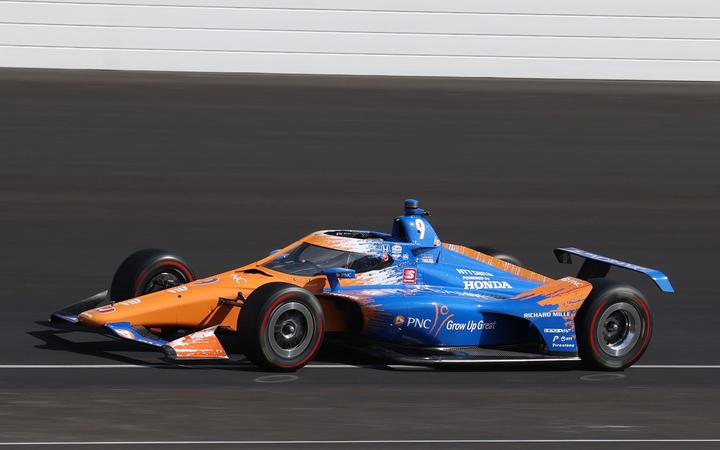 The New Zealand driver Scott Dixon has laid down a marker as the man to beat in the battle for pole position at the Indianapolis 500.

The defending and six-time IndyCar champ set the fastest four-lap average on day one of qualifying for next weekend’s race.

It was a big day for Dixon’s Chip Ganassi team with all four for their cars making it into the top nine.

Dixon was first out in qualifying and produced a four-lap average speed of 373 kph in his Honda, and his car number stayed atop the iconic scoring pylon for the rest of the day despite 58 attempts to topple it.

“You forget how stressful this is,” Dixon said. “It’s the first time I’ve ever gone first. It’s pretty interesting. Huge credit to everyone associated with the car.

“It was a fairly smooth run. I made a mistake on Lap 2, which probably cost us a tenth or two from the average.”

Dixon will make the last attempt in the Fast Nine Shootout, which determines the winner for pole and the starting order for the first three rows, as the nine fastest cars from today start in inverse order in the one-shot format.

Dixon will be the favorite to earn his fourth Indy 500 pole, but the powerful Ganassi team will have four chances to take the coveted top spot. CGR drivers Tony Kanaan (third), Alex Palou (seventh), and Marcus Ericsson (ninth), also made the Shootout.

“Tomorrow will be a different day; it’s going to be different conditions,” Dixon said. “Hopefully all four of us can hit it right.” 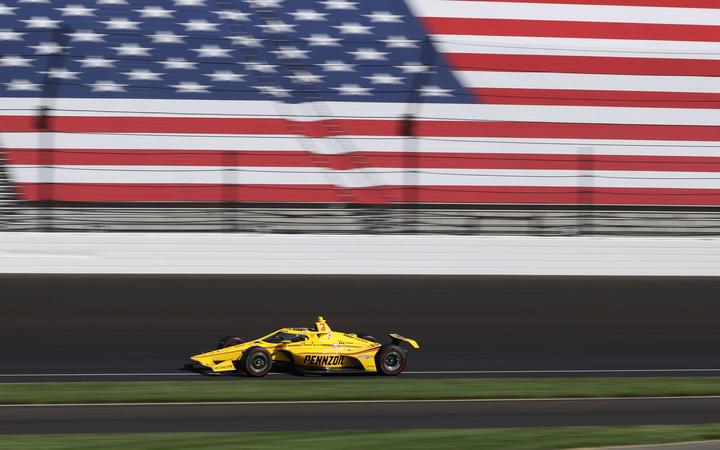 Fellow New Zealander and IndyCar rookie Scott McLaughlin was 17th fastest – and will start the race from that position.

2019 winner Simon Pageraud was 26th fastest and 2018 winner Will Power will be one of the five drivers trying to take one of the three last-row spots during Last Chance Qualifying tomorrow.

Power, winner of 62 poles in his Indycar series career, failed to record a speed in the top 30 in two attempts in his Penske Chevrolet.

Denial of responsibility! TechiLive.in is an automatic aggregator around the global media. All the content are available free on Internet. We have just arranged it in one platform for educational purpose only. In each content, the hyperlink to the primary source is specified. All trademarks belong to their rightful owners, all materials to their authors. If you are the owner of the content and do not want us to publish your materials on our website, please contact us by email – [email protected]. The content will be deleted within 24 hours.
Loading...
AudioCurrent AffairsDixonIndyNewsnews updatePodcastsPublic Radio
0
Share

They met in the DMs. Now they’ve sparked a movement to end racism in L.A. surf culture