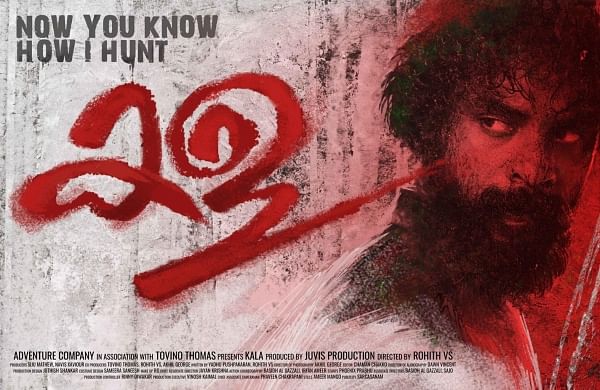 Secret of the sound: Robin Kunjukutty on working in Kala

Young heartthrob Tovino Thomas’ new flick Kala is being lauded for its stunning background score and sound effects. The hands behind that magic were of Robin Kunjukutty, a sound designer, re-recording artiste, mixer and editor who has been in the industry for over a decade.

He has worked with award-winning films like Ottaal, Sakhavu, Adventures of Omanakuttan, Eeda and Tharangam. Kala was the first Malayalam film for Robin, a Kollam-native settled in Mumbai.

“My association with the film started after a phone call from my dear friend, Dawn Vincent, the music director of the film. I was busy working on multiple projects, including for Oscar-winning artist Resul Pookutty. I rejected Dawn’s offer right away as I was snowed under. But later, Jayadevan Chakkadath, the sound designer for Mammootty-starrer The Priest persuaded me to take up Kala,” remembers Robin.

Dawn was not confident of associating with others as Kala’s music was intense and complex. Robin joined the team on March 14 and finished the mixing in six days.

“We mixed the film reels on the spot and added and improvised the sound effects together. It would be surprising to say, we did not even have the time to review the edited version before it was previewed before the whole crew. We worked non-stop for 47 hours,” he says.

Kala’s sounds have explored many new elements. It is highly recommended as a theatre experience, says Robin. “We have tried to give a new feel to the sound effects in the movie. Kala is an auditory experience,” he says.

The challenging scenes in Kala for Robin was the second part with a long fight scene. “Balancing the background sounds was my biggest challenge. The fight sequences were almost one-hour long and my first task was to arrange the sound without making it boring for the audience,” he says.

“If you ask me, my most favourite part in the film is the little detail – like the silence after a fight only disturbed by the buzzing of a house fly,” he adds. Robin is currently working on a Netflix series OK Robot, Dhamaka and Resul Pookutty’s project Laila Majnu.

Loading...
Denial of responsibility! TechiLive.in is an automatic aggregator around the global media. All the content are available free on Internet. We have just arranged it in one platform for educational purpose only. In each content, the hyperlink to the primary source is specified. All trademarks belong to their rightful owners, all materials to their authors. If you are the owner of the content and do not want us to publish your materials on our website, please contact us by email – [email protected]. The content will be deleted within 24 hours.
entertainment newsEntertainment updateKalaKunjukuttynews updateoftheRobin KunjukuttySecret
0
Share

Sea change: global freight sails out of the digital dark ages By Reuters