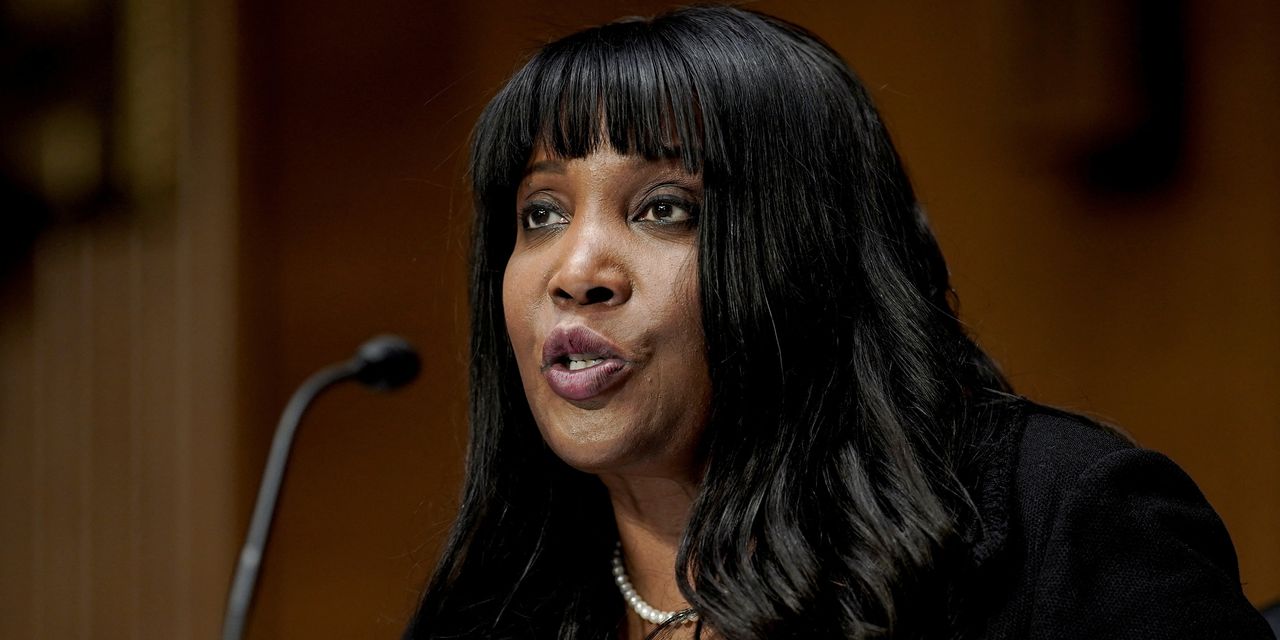 The Senate moved closer Tuesday to confirming one of President Biden’s nominees to the Federal Reserve.

an economist and professor of international relations at Michigan State University. The vote could allow them to proceed later Tuesday to confirm her to the central bank’s seven-member board of governors.

Ms. Cook would be the first Black woman to serve on the Fed’s board in its 108-year history. She previously served as an economist on the staff of the Council of Economic Advisers during the Obama administration. Her research has focused on policies that promote broad economic opportunity, particularly for racial minorities and women.

Absences of elected officials related to Covid-19 cases delayed her confirmation two weeks ago because no Republicans supported Ms. Cook and two Democrats were unable to vote. On Tuesday, she received backing from all 50 senators who caucus with Democrats, while 49 Republicans opposed her confirmation; one Republican didn’t vote.

Some Republicans suggested at Ms. Cook’s February confirmation hearing that she lacked sufficient experience in macroeconomics and monetary policy, a claim she countered by highlighting her research experience and work at the Treasury Department and White House. Ms. Cook would fill a term that runs through January 2024.

Ms. Cook’s confirmation to fill one of three vacancies on the Fed’s board could lead Democratic leaders in the Senate to bring up two other Fed nominations later this week, including Fed Chairman

who has been serving in an acting capacity since his four-year term expired in February and whom Mr. Biden has tapped for a second term.

Lawmakers are also likely to confirm

as a governor. Not including Ms. Cook, he would be the fourth Black governor and the first since 2006.

Those nominations would allow Mr. Biden to put his stamp on the central bank as officials are focused on raising interest rates to cool down demand and slow economic growth and inflation.

“While I’ll never interfere with the Fed’s judgments, decisions, or tell them what they have to do—they’re independent; they’re independent—I believe that inflation is our top economic challenge right now, and I think they do too,” Mr. Biden said Tuesday.

a Fed governor, to serve as the central bank’s vice chairwoman.

a law professor who served as a top Treasury Department official in the Obama administration, to serve as the Fed’s vice chair of supervision.

The Fed last week approved an increase of a half-percentage point in its policy rate, to a range between 0.75% and 1%, and Mr. Powell signaled similar moves were likely to follow at policy meetings in June and again in July.

Some analysts have speculated that the new governors might favor less-aggressive rate increases, but they are unlikely to slow the Fed from advancing a faster pace of tightening as long as inflation is running well above the central bank’s 2% target. Ms. Cook and Mr. Jefferson said at their Senate appearances in February that tackling high inflation should be a central-bank priority.

The Fed’s governors are traditionally the most consensus-oriented members of an already consensus-oriented rate-setting committee. “The new additions will likely adapt more to the existing institution rather than vice versa,” said

If inflation shows signs of slowing to an annual rate below 3%, the central bank would face a more spirited debate over how and when to moderate the pace of rate increases.

Denial of responsibility! TechiLive.in is an automatic aggregator around the global media. All the content are available free on Internet. We have just arranged it in one platform for educational purpose only. In each content, the hyperlink to the primary source is specified. All trademarks belong to their rightful owners, all materials to their authors. If you are the owner of the content and do not want us to publish your materials on our website, please contact us by email – [email protected]. The content will be deleted within 24 hours.
advancesBankingBanking/Creditbusiness newsBusiness updateconfirmationCookcredit
Share

Raveena Tandon recalls taking a stand when media fat-shamed her, Aishwarya Rai post-delivery: ‘She just had a baby’

I changed my shooting process for Bad Manners: Suri