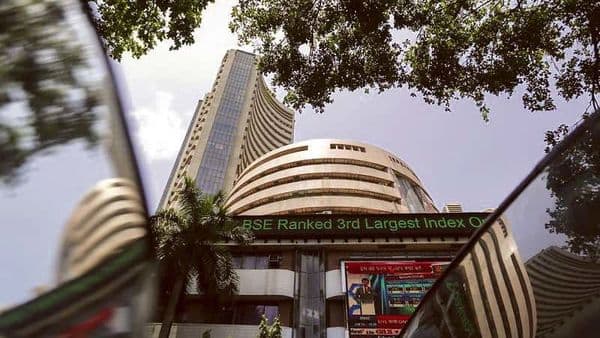 However, it believes the positives outweigh the risks for those willing to take a slightly longer-term view.

In a report co-authored by Ridham Desai, Morgan Stanley India’s equity strategist head, the brokerage predicted Sensex hitting 70,000 levels in a base case scenario, which implies a potential upside of 16% to December 2022.

This means that the BSE Sensex will trade at a trailing P/E multiple of 26x, ahead of the 25-year average of 19.7x.

The report assumes stability in the virus situation and a recovery in the economy per its forecasts. Further, the target depends on government policy being supportive while the DXY and oil do not rise disruptively.

India’s strong growth and macro stability are driving its re-rating, albeit for now we think the outperformance could pause given strong trailing six-month relative performance (>30ppt) to emerging markets, the brokerage report said.

The latest report comes as the brokerage recently downgraded the Indian equities to equal-weight from overweight due to expensive valuations, saying it expects the market to consolidate ahead of potential “short-term headwinds”.

With the latest Paytm debacle, analysts are predicting a consolidation of the bull run, that has lasted over a year now, mainly led by retail investors. The failing of India’s largest ever IPO could also have a bearing on the upcoming tech startup IPOs, which are being priced at heavy valuations.

Indian stock markets today extended the recent selloff with Sensex falling over 1,100 points to settle at 58,465 while Nifty ended 2% lower at 17,416 levels.

In a bull case scenario (30% probability), Morgan Stanley sees BSE Sensex at 80,000 which depends on various factors including India getting included in the global bond indices that many result in near $20 billion inflows, there is no Covid wave or any associated lockdowns, the DXY and oil prices are range bound and RBI’s policy normalisation is delayed.

Morgan Stanley’s bear case scenario which has a 20% probability pegs BSE Sensex at 50,000.

When it comes to corporate earnings, the brokerage believes Indian corporate has entered into a new profit cycle and said the governments made a dramatic shift in policy that favors profit share in GDP.

For an economy that is likely to grow at a nominal rate of 10% per annum, if the profit share in GDP hits its long-term average of 3.5% over the next four to five years, it gives us an annual compound growth in earnings of 20-25% for the broad market. Indeed, higher profits feed into real GDP growth and back into profits, so a virtuous cycle unfolds with concomitant positive impact on share prices, it said.

Denial of responsibility! TechiLive.in is an automatic aggregator around the global media. All the content are available free on Internet. We have just arranged it in one platform for educational purpose only. In each content, the hyperlink to the primary source is specified. All trademarks belong to their rightful owners, all materials to their authors. If you are the owner of the content and do not want us to publish your materials on our website, please contact us by email – [email protected]. The content will be deleted within 24 hours.
CheckDecEducation newsEducation updateindian marketslatestMid cap indexMorgan
Share

Leadership Training In A Hybrid World: Don’t Convert It, Reimagine It