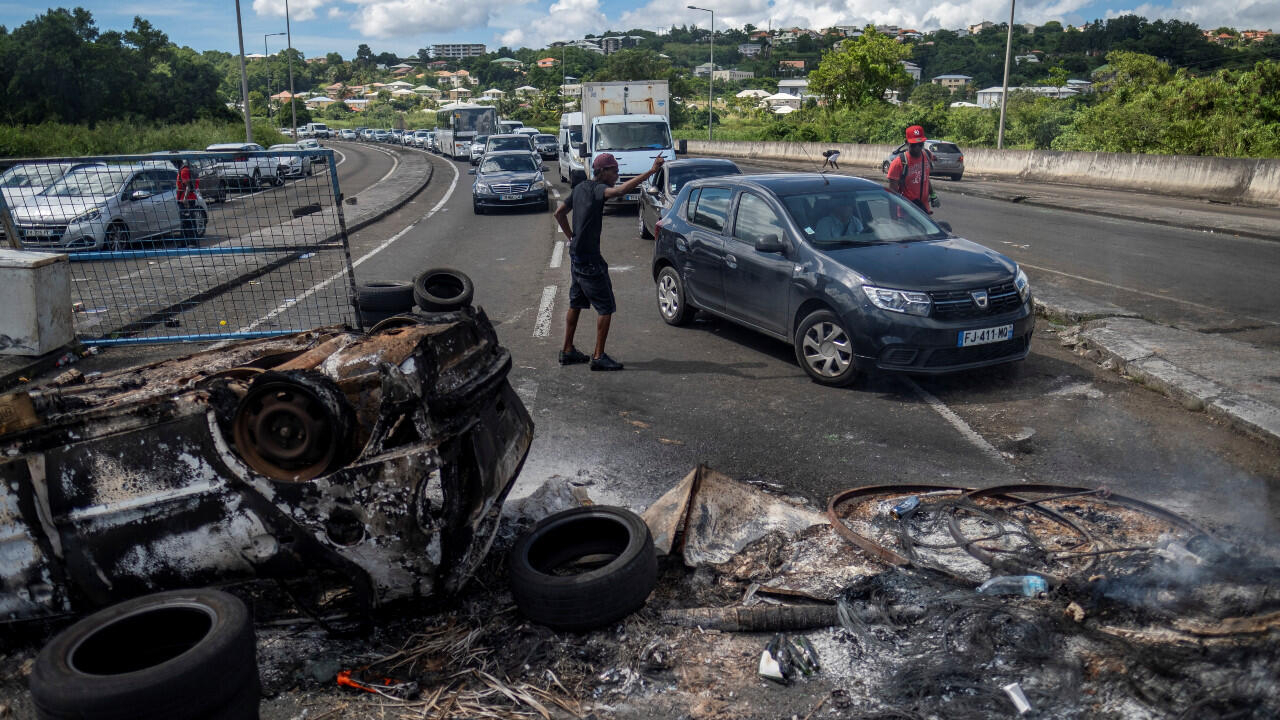 Ten police officers were injured and several journalists shot at on the French Caribbean island of Martinique overnight Thursday to Friday as protests sparked by Covid-19 vaccine measures spread.

Fresh violence was reported on the territory despite a night curfew, following more than a week of unrest on the nearby French island of Guadeloupe.

Five police officers were injured by gunfire on Martinique and five others by objects thrown at them during operations, according to police figures sent to AFP.

Four journalists, including an AFP photographer, were shot at by men on a motorbike late on Thursday as they worked in the main Martinique town of Fort-de-France. None was injured.

The protests on Guadeloupe were started by hardline opponents of compulsory vaccination for health workers and fire fighters on the island — a measure  already implemented in mainland France.

The protests, which saw barricades set up on roads, have since morphed into a larger movement to express frustration at alleged neglect of the islands by Paris.

The territories are popular with moneyed tourists, but poverty levels and unemployment for locals are far higher than in mainland France, leading to long-standing grievances.

Vaccination rates in the territories also trail those on the mainland with less than half the population jabbed against Covid on Guadeloupe.

A strict night curfew was announced for Martinique on Thursday, mirroring a similar measure in place in Guadeloupe since November 19.

Hundreds of police reinforcements have also been sent to the islands.

No government minister has visited the region since the protests began, but Overseas Territories Minister Sebastien Lecornu will travel “shortly”, an aide told AFP.

The trip “cannot be organised under pressure and has to be part of an initiative to make clear and shared commitments”, the aide added on condition of anonymity.

The leaders of the protest movement on Guadeloupe have asked for obligatory vaccinations to be dropped on the island, something ruled out by the French government.

The unrest comes at a sensitive moment in France’s governance of its overseas territories, ahead of a third and final independence referendum in the Pacific territory of New Caledonia.

Pro-independence forces have vowed to boycott the December 12 vote.

Denial of responsibility! TechiLive.in is an automatic aggregator around the global media. All the content are available free on Internet. We have just arranged it in one platform for educational purpose only. In each content, the hyperlink to the primary source is specified. All trademarks belong to their rightful owners, all materials to their authors. If you are the owner of the content and do not want us to publish your materials on our website, please contact us by email – [email protected]. The content will be deleted within 24 hours.
CaribbeanCovid19FranceFrenchGuadeloupeHealth newsHealth updateinjured
Share

Covetable Timepieces That Give New Meaning to the Term ‘Winter Whites’