Notice: amp_is_available was called incorrectly. `amp_is_available()` (or `amp_is_request()`, formerly `is_amp_endpoint()`) was called too early and so it will not work properly. WordPress is currently doing the `pre_get_posts` hook. Calling this function before the `wp` action means it will not have access to `WP_Query` and the queried object to determine if it is an AMP response, thus neither the `amp_skip_post()` filter nor the AMP enabled toggle will be considered. It appears the theme with slug `publisher` is responsible; please contact the author. Please see Debugging in WordPress for more information. (This message was added in version 2.0.0.) in /home/runcloud/webapps/techilive/wp-includes/functions.php on line 5313
 Shadow Tactics: Make this your mission - TechiLive.in 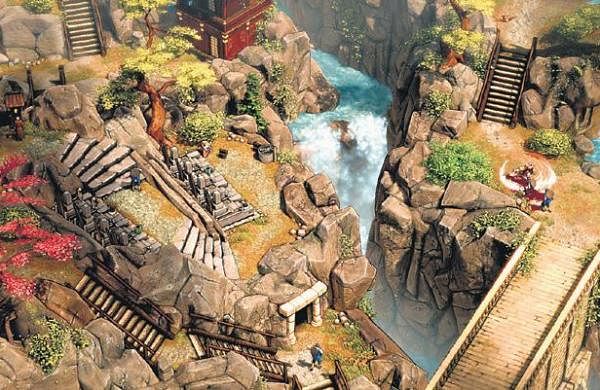 Shadow Tactics: Make this your mission

BENGALURU : Scrolling through Steam’s list of on-sale games is dangerous — there’s always at least one really good game at a ludicrously low enough price to make you snap it up. This week, that game is Shadow Tactics: Blades of the Shogun, which is a game I already own and love — it made my top 10 games of 2016 — but is still somehow criminally overlooked.

Set in Japan’s Edo period, Shadow Tactics puts you in charge of a ragtag group of unlikely heroes trying to unmask and thwart a mysterious warlord who’s threatening to drag the country into civil war. You’ll start off playing as the ninja Hayato, but you’ll soon be joined by various other characters — each with their own skill sets, personality and play styles — through a variety of missions.

First, though, let’s talk about the games that inspired Shadow Tactics, and one series in particular. For many people, myself included, the Commandos games represent the pinnacle of real-time stealth strategy. Good news for those people, and everybody else — Shadow Tactics wears its Commandos-inspired heart proudly on its sleeve. Veterans of the earlier series will feel right at home here, although there’s not too much of a learning curve for newcomers either, thanks to the excellent UI design here.

Every mission throws new wrinkles into the mix — maybe this level has secret tunnels that you can use to get from one end of the map to the other, but only if you figure out how to find them in the first place. Or maybe there’s a wagon doing the rounds that you could take a ride in on. Or maybe there are some truculent cows that you could provoke into knocking out a hapless guard or two. These environmental tricks and hazards are like a series of Easter eggs just waiting for you to figure out the best way to use them against the foe.

Scanning the level for these little oddities is no hardship, either, because Shadow Tactics is nothing short of beautiful. It might be five years old, but you’d be hard-pressed to tell that from how good it looks. The amount of detail, the way the water and the trees are constantly moving, the way the grass ripples as you move through it — it’s spellbinding.

Another way in which Shadow Tactics improves upon its predecessors (in this genre) is through its excellent user interface. Objects you can interact with can be easily highlighted with the press of a button, so you don’t have to waste time wondering what you can and can’t do. And, best of all, there’s actually an onscreen timer that counts back to when you last quicksaved, so that you don’t run the risk of losing too much progress thanks to one mistake. How perfect is that? Shadow Tactics isn’t without some faults, but honestly, they don’t even come close to being a serious problem. If you like stealth games of any variety, this is a must-play.

Mass Effect Legendary Edition
It’s undeniable that Mass Effect is one of the greatest science-fiction videogame series of all time; and the Legendary Edition aims to bring the entire trilogy up to modern graphical standards by remastering them and tweaking some of the mechanics in the older games. This looks like the perfect excuse to step into Commander Shepherd’s shoes once again.

Subnautica: Below Zero
I adored Subnautica when I played it last year, and I kicked myself for having waited as long as I did to get around to it. I won’t be making that mistake with Below Zero, a long-awaited sequel that will be out by the time you read this and will surely be making an appearance in this column before too long.

Resident Evil: Village
The latest entry in the long-shambling Resident Evil franchise is Village, a narrative sequel to 2017’s Biohazard. Returning protagonist Ethan Winters soon finds himself thrust back into a world of abominable monstrosities and Gothic horror that he thought he’d left behind him.

Arjun Sukumaran
(Arjun is a gamer, book lover and an all-round renaissance man)

Loading...
Denial of responsibility! TechiLive.in is an automatic aggregator around the global media. All the content are available free on Internet. We have just arranged it in one platform for educational purpose only. In each content, the hyperlink to the primary source is specified. All trademarks belong to their rightful owners, all materials to their authors. If you are the owner of the content and do not want us to publish your materials on our website, please contact us by email – admin@techilive.in. The content will be deleted within 24 hours.
Missionnews updateShadowsports newssports updateTacticsMaketechi live
0
Share

Getting ready for the new normal of hybrid working