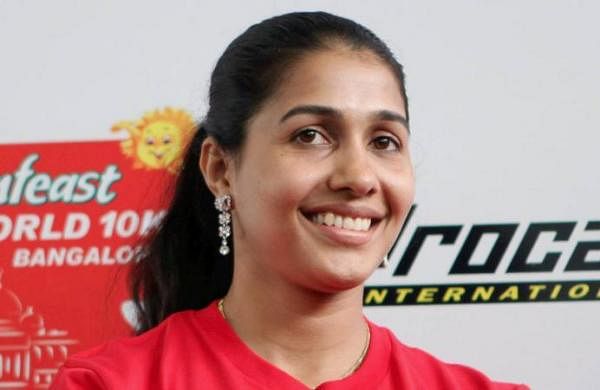 Shaili Singh is more or less like me, will be happy to see her break my record: Anju Bobby George

NEW DELHI: Small, frail and not even in top three — that was Shaili Singh when Anju Bobby George first saw her but the iconic Indian long jumper still decided to mentor her as she found the youngster to be “more or less like” her with a never-say-die attitude.

Shaili was 13 at that time and had finished fifth in a national meet.

Now 17, she announced her arrival on the big stage by winning a silver in the under-20 world championships, missing out on a historic gold by a mere 1 cm with a 6.59m effort, though wind assisted, in the long jump final in Nairobi on Sunday.

The Jhansi-born athlete, raised by a single mother who worked as a tailor to support her, missed a chance to join the likes of Olympic champion javelin thrower Neeraj Chopra and star quartermiler Hima Das who won gold medals in 2016 and 2018 respectively.

She is nonetheless being touted as the next being thing in Indian athletics.

“When I saw her steely resolve and of course her body structure and muscle suited for long jump, I knew she would go a long way,” Anju told PTI in an interview.

“Later, I found out that she is a fast learner, always tries to improve, has a never-say-die attitude. In short, she is more or less like me,” added the 44-year-old Anju, who won a bronze in the 2003 senior World Championships in Paris.

The event Anju referred to was the National Junior Championships in Vijaywada in November 2017.

Shaili had taken part in the girls (age group 12-14) long jump event and finished fifth with a 4.64m effort.

Anju, the only Indian to win a World Athletics Championships medal, came down to Visakhapatnam a few days later during the National Inter-State District Junior Athletics Meet (NIDJAM) and saw Shaili’s potential.

Shaili, who used to run barefoot and had blisters on her feet as her mother could not afford shoes for her, finished fifth but Anju was impressed with the girl and decided to mentor her.

“Robert told me about her (Shaili) though she finished at a lower rank (in Vijaywada). Then I myself went (to Visakhapatnam) and noticed that she would go a long way,” Anju said.

She decided to bring Shaili under Robert at the SAI Centre in Bengaluru and later the youngster was included in the developmental group of Target Olympic Podium Scheme which took care of her training and other financial needs.

“I saw her in November 2017 and decided to bring her under me and Robert and in April 2018, she joined SAI Center in Bengaluru. It is more due to Robert’s coaching ability that has turned Shaili into a future star,” Anju said about her husband who had also coached her when she won the World Championships medal.

“When we brought her to Bengaluru, she was a frail and small girl. She was jumping around 4.50m that time. Now she has grown up and added more than 2m in three years.”

Ironically, Anju had jumped 6.59m while winning the bronze in Paris when she was 27.

Shaili won the silver in Nairobi on Sunday with the same distance of 6.59m though it will not enter record books as the wind speed of +2.2m/s was above the legal tailwind speed of 2m/s.

Shaili’s legal personal best will be the 6.48m which she had jumped while winning the gold during the National (Senior) Inter-State Championships in June.

“That shows her potential. Robert set a target of 6.0m for her in the U-20 World Championships and she is just 1cm short. That too in her first international competition.”

Robert on Sunday said that Anju’s national record of 6.83m set during the 2004 Athens Olympics will be bettered by Shaili within three years.

“She has tremendous potential and I am sure she will break it by then (in three years). I will be very happy if she breaks my record,” Anju said.

“She is still learning and her techniques are yet to be perfect and that is natural for a 17-year-old. She will make improvements in her technique,” added the legend, referring to Robert’s comments on Sunday that slight technical issue while “landing” could have cost Shaili the gold.

Asked about Shaili’s immediate future, Anju said, “She will go for gold in the next U20 World Championships and she is a medal contender in the Asian Games and Commonwealth Games next year.”

The gold winner at the 2018 Asian Games had jumped 6.55m and the bronze medallist managed an effort of 6.50m.

Loading...
Denial of responsibility! TechiLive.in is an automatic aggregator around the global media. All the content are available free on Internet. We have just arranged it in one platform for educational purpose only. In each content, the hyperlink to the primary source is specified. All trademarks belong to their rightful owners, all materials to their authors. If you are the owner of the content and do not want us to publish your materials on our website, please contact us by email – [email protected]. The content will be deleted within 24 hours.
AnjuAnju Bobby GeorgeBobbybreakGeorgeHappynews updaterecord
Share