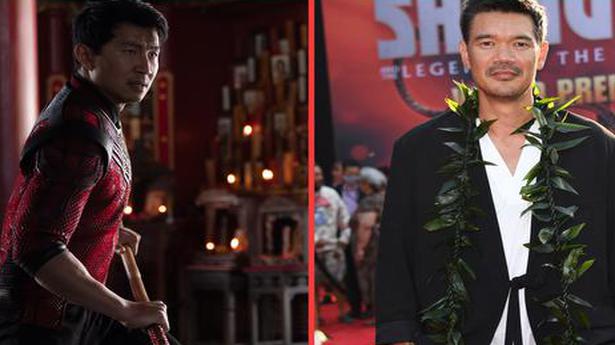 Director Destin Daniel Cretton talks about ‘Shang-Chi and the Legend of the Ten Rings’, and the advice he received from fellow director Ryan Coogler on stepping into the Marvel Cinematic Universe

When Destin Daniel Cretton was asked by President of Marvel Studios Kevin Feige during the former’s pitch for Shang-Chi and the Legend of the Ten Rings, Fiege and his team asked Cretton if he was ever keen on doing a Marvel movie. The filmmaker froze and immediately recalled a phone call with his manager weeks before the pitching process, where he specifically said, “Don’t ever let me do a Marvel movie.”

Fast forward to 2021, and Cretton is sitting for a busy press day for the project.

Timeline-wise, Shang-Chi and the Legend of the Ten Rings picks up after Avengers: Endgame; it follows titular hero Shang-Chi (Simu Liu) drawn into the cryptic Ten Rings organisation and is forced to confront a troubling past he left behind. The film also stars Awkwafina as Katy; Meng’er Zhang as Xialing, Shang-Chi’s estranged sister; Michelle Yeoh as Jiang Nan, Shang-Chi’s aunt; and Tony Leung as Wenwu, Shang-Chi’s father.

Also part of the cast are Tim Roth as Abomination (as he did so in 2008’s The Incredible Hulk) Ronny Chieng as Jon Jon, Shang-Chi’s friend; and Ben Kingsley who essayed the role of ‘faux Mandarin’ aka Trevor in Iron Man 3.

Director Destin Daniel Cretton arrives for the world premiere of Marvel’s “Shang-Chi and the Legend of the Ten Rings” at the El Capitan theatre in Hollywood, California, August 16, 2021.

When Cretton was announced as the film’s director in March 2019, the Marvel Cinematic Universe (MCU) zeitgeist was experiencing a furore that not many other cinematic franchises had the luxury of boasting. Cretton, who had created Sundance-winning films Short Term 12 and I Am Not A Hipster as well as Michael B Jordan-starrer Just Mercy, had walked into a whole new world of cinema.

Cretton is not embarrassed to admit his fears of stepping into the MCU, in fact most people are. “I was scared of stepping into a big studio movie like this and of what it might do to me. I had a lot of fears,” he recalls.

He had one person to turn to, though — an old friend and long-time collaborator Ryan Coogler, director and co-writer of Black Panther. “Ryan said, ‘the pressure is hard; it’ll be the hardest thing potentially that you have done up to this point, but none of that pressure or none of those complications come from the people that you’re working with or for.’ That eased my mind. Not to toot Kevin’s horn, but there is an environment of curiosity and exploration that comes from the top down. There is no fear-based mentality at this studio which has allowed us to take risks and chances and be able to instil that same fearless exploration with everybody involved in this film and that’s a huge reason that the movie turned out the way that it did.”

Feige on-boarded Cretton because the filmmaker was determined to go deeper with Shang-Chi as both a superhero and a young man dealing with the sins of his father while speaking to the Asian diaspora experience. “I think what is extra relevant to the culture is that this is a Marvel film,” affirms Cretton. “If we were not putting Shang-Chi shoulder to shoulder with all the amazing other Marvel superheroes that we’ve come to love in the past, that would be, to me, a big disservice to the culture and the character.”

Shang-Chi (Simu Liu) in Marvel Studios’ SHANG-CHI AND THE LEGEND OF THE TEN RINGS. Photo by Jasin Boland. ©Marvel Studios 2021. All Rights Reserved.

The 42-year-old — who used to be a childcare worker at a group home for at-risk teenagers for two years before he studied film at San Diego State University — bonded with the story of Shang-Chi as the young superhero learned more of his parentage. “That job affected my entire life and my world view,” says Cretton, “The stories I am drawn to are a combination of humour, optimism but also not shying away from the very real darkness and pain that we all experience as humans.”

An ode to the past and future

Shang-Chi as a Marvel character remained fairly obscure but was greatly celebrated in the 70s (i.e. the Bronze Age of Comics) when he was conceptualised by writer Steve Englehart and artist Jim Starlin in 1973. It makes sense, given the 70s revered on-screen martial arts legends Bruce Lee, Angela Mao and Jang-Lee Hwang.

And Cretton was keen that Shang-Chi and the Legend of the Ten Rings pay homage to these pioneers, explaining, “We worked closely with Brad Allen and his stunt team to create action and martial arts sequences that were woven into the story and character development. Our stunt team came from Jackie Chan’s camp, some of whom are from mainland China who’ve worked with Jet Li. All of them had a reverence for the martial arts history and cinema of the past. They took it on their shoulders to create something that was a respectful homage to the movies that we all really love.”

Yet, Cretton was tasked to tell a 21st Century story. “I love that the MCU updates their characters and make them relevant to everything we are experiencing today,” he states, “From the first conversation onwards, Marvel was cognizant of this; from the pitfalls, Shang-Chi had when it was created so the character needed a drastic update to make something the Chinese-American would be proud of, all Americans would be able to embrace and that anybody — regardless of their culture — would relate to this character and be happy this is another character that exists in the MCU.”

Cretton adds that he loves that Shang-Chi is a character that “doesn’t get splashed with chemicals to get his superpower” but rather goes on “a journey of self-discovery, of growing up, of learning how to finally deal with pain that he’s been running away from his entire life.” He adds, “When he is finally able to look into his past and embrace good, bad, the joy, the pain, and accept it all as a part of himself, he steps into his big boy shoes.”

Authenticity was more than a priority to Cretton and Marvel. After all, with Shang-Chi travelling to China, not everyone would be readily speaking English. “The conversation behind which language should be spoken was always rooted in just the logic of the characters, and who would naturally be speaking what language,” he affirms, adding, “That conversation started in the writer’s room and then once our actors came in, it was always a dialogue around all these bilingual, trilingual or even quadrilingual characters who could speak whatever made sense at the time. So, we were constantly discussing what made sense for the scene.” Uniting the best of East and West was the result of “many enlightening conversations on and off the set,” says Cretton. “There’s no secret that the struggles of Asian-Americans and mainland Chinese are very different. To be able to have those conversations and remember how similar everybody is regardless of our backgrounds was inspiring on set. There’s a lot of mentorship happening too with Michelle Yeoh and Tony Leung, who have been in this game for so long.”

Shang-Chi and the Legend of the Ten Rings has touched upon another representation of love: platonic love, particularly between Shang-Chi and Katy. This portrayal was important to Cretton who co-wrote the film with Dave Callaham and Andrew Lanham. He recalls, “When Dave and I were creating this relationship, we have a lot of friends who are not the same gender as us, and it is strictly platonic but also very intimate; we haven’t seen a lot of that on screen, and we are excited to create that relationship between Shang-Chi and Katy. It also just naturally felt like the only way to go with this movie because Shang-Chi is so deep in his own inner struggle.”

Shang-Chi and the Legend of the Ten Rings releases in theatres on September 3.

Denial of responsibility! TechiLive.in is an automatic aggregator around the global media. All the content are available free on Internet. We have just arranged it in one platform for educational purpose only. In each content, the hyperlink to the primary source is specified. All trademarks belong to their rightful owners, all materials to their authors. If you are the owner of the content and do not want us to publish your materials on our website, please contact us by email – [email protected]. The content will be deleted within 24 hours.
Loading...
awkwafinaCrettonDanielDestindestin daniel crettonDirectorentertainment newsEntertainment update
Share