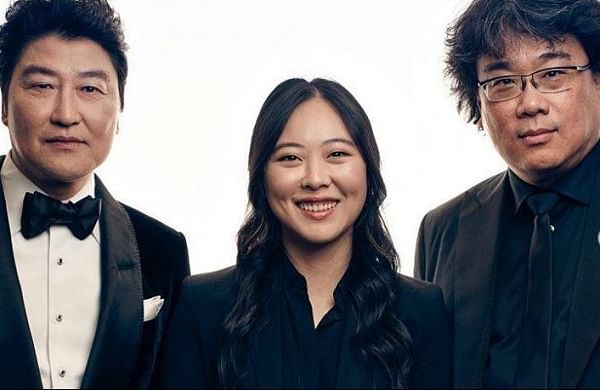 NEW DELHI: Sharon Choi, the star-interpreter for South Korean director Bong Joon-ho during the dream award season of “Parasite” last year, on Thursday, October 14, 2021, said she has “revised some of the subtitles” of Netflix’s superhit Korean language series “Squid Game”.

The development comes days after some viewers on social media criticised the nine-part survival drama for its alleged wrong interpretation of dialogues from Korean to English.

“I revised some of the subtitles for Squid Game. The actual subtitles (not CC) were not perfect but not as horrendous as some people said,” Choi, a budding filmmaker, wrote on her Instagram Story.

Making a case for subtitle writers, she further appealed to the audience to consider an important factor like “readability” or the character count visible onscreen that must keep pace with the moving images.

“Please remember subtitles are never perfect because readability aka character count is also a huge factor,” she further wrote alongside a picture of the subtitles translation credits of the show’s first episode updated to “Eun-sook Yoon, Sharon Choi”.

Last year, Choi had garnered a lot of praise and attention for her quick and to-the-point translations for Bong, the Oscar-winning “Parasite” director, since the genre-defying film started travelling to international film festivals and award ceremonies.

Netflix on Wednesday announced that “Squid Game”, directed by Hwang Dong-hyuk, has become its “biggest series launch” till date after the series hit the mark of 111 million views in less than a month since its debut on September 17, 2021.

The show follows 456 people struggling with debt in Seoul who sign on to play a series of deadly competitions based on Korean children’s games, the winner of which will receive 45.6 billion won (USD 38 million).

Denial of responsibility! TechiLive.in is an automatic aggregator around the global media. All the content are available free on Internet. We have just arranged it in one platform for educational purpose only. In each content, the hyperlink to the primary source is specified. All trademarks belong to their rightful owners, all materials to their authors. If you are the owner of the content and do not want us to publish your materials on our website, please contact us by email – [email protected]. The content will be deleted within 24 hours.
awardsBongBong Joon-hoChoientertainment newsEntertainment updategameinterpreter
0
Share

Cosmetic Technology emerges as a gender-neutral course – Times of India