Notice: amp_is_available was called incorrectly. `amp_is_available()` (or `amp_is_request()`, formerly `is_amp_endpoint()`) was called too early and so it will not work properly. WordPress is currently doing the `pre_get_posts` hook. Calling this function before the `wp` action means it will not have access to `WP_Query` and the queried object to determine if it is an AMP response, thus neither the `amp_skip_post()` filter nor the AMP enabled toggle will be considered. It appears the theme with slug `publisher` is responsible; please contact the author. Please see Debugging in WordPress for more information. (This message was added in version 2.0.0.) in /home/runcloud/webapps/techilive/wp-includes/functions.php on line 5313
 Shipments Delayed: Ocean Carrier Shipping Times Surge in Supply-Chain Crunch - TechiLive.in 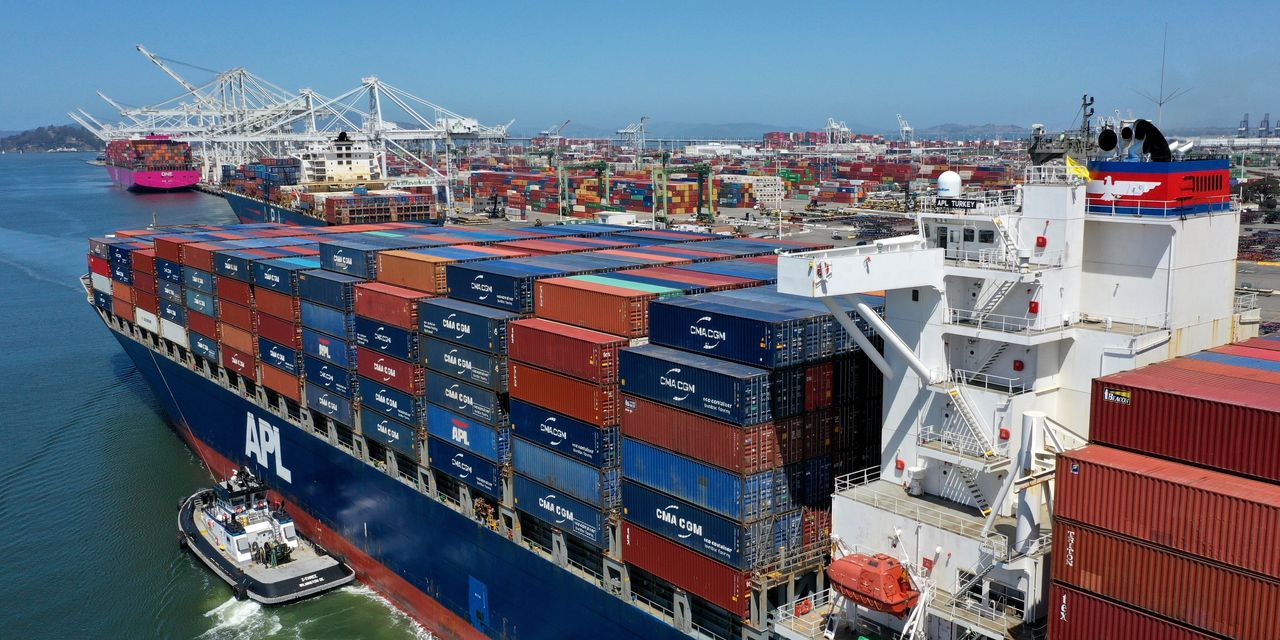 Cargo ships have been delivering their loads later than ever this year, adding to the supply-chain woes that are undercutting efforts by retailers and manufacturers to capitalize on resurgent economic demand.

Only about 40% of container ships globally were on time arriving at ports in March, according to an analysis by Denmark-based Sea-Intelligence ApS, with average delays stretching to more than six days. The slowdowns improved from February, but remained far behind reliability levels of the previous two years, when more than 70% of ships arrived on time.

Top news and in-depth analysis on the world of logistics, from supply chain to transport and technology.

The delays around the world, the result of a large-scale restocking by businesses as consumer demand improves, are tying up vessel capacity, adding to a shortage of sea containers needed to move goods and sending shipping costs soaring as container freight rates rise at a historic pace.

For companies shipping goods, the delays are part of an array of headaches disrupting supply chains as U.S., European and Asian economies rebound from the steep retrenchment last year brought on by the Covid-19 pandemic. Rising raw materials costs, shortages of finished goods and components such as semiconductors and lumber, shortfalls in the supply of workers, and capacity crunches in transportation networks have knocked companies off balance as demand across a range of sectors has recovered.

The shipping delays that started building up late last year worsened during a normally slack period in shipping demand early in the year. They have tied up inventories in some cases for weeks at a time as vessels wait to reach berths while offloaded containers sit for long periods at packed freight terminals.

Shipping executives say the greatest delays have been at Southern California’s neighboring ports of Los Angeles and Long Beach. Heavy demand by U.S. importers to restock inventories depleted during the past year’s Covid-19 restrictions has swamped the largest U.S. trade gateway and triggered heavy logjams of ships off the coast.

“It [normally] takes 14 days to sail from Shanghai to Los Angeles; today it takes 33 days,” said Vincent Clerc, chief executive of ocean and logistics at Denmark’s A.P. Moller Maersk A/S, the world’s biggest container operator in terms of capacity. “The sailing time is the same, but you spend twice the time waiting to unload at the San Pedro Bay.”

“We have invested millions of dollars in extra capacity, but a large part of that capacity is immobilized because of congestion in the U.S. West Coast,” Mr. Clerc said.

The delays appear to be the longest at the California ports but Sea-Intelligence said ships moving from Asia to Europe have also been held up past their scheduled arrivals.

Congestion has led to delays of up to six days at sites including Port Klang in Malaysia, Rotterdam in the Netherlands, Piraeus in Greece, Southampton in the U.K. and the Kao-hsiung port in Taiwan.

The cargo delivery delays have stretched from docks to rail yards, truck terminals and distribution centers, leaving everyone from giant retailers and auto manufacturers to mom-and-pop shops short of supplies and paying multiple times more compared with last year to move their merchandise.

The cost of moving a 40-foot sea container from China to U.S. West Coast ports was quoted this week at $5,650, according to the Freightos Baltic Index, up 34.5% since the start of the year and 228% higher than the same period last year.

Delays at the Southern California ports have eased over the past month. The Marine Exchange of Southern California reported fewer than 20 container ships were waiting at anchor for berths during several days over the past week. That was far below the peak of about 40 ships at anchor in the first quarter and marked the lowest levels since last November. Still, the group, which monitors vessel traffic in the region, said there are normally no delays for ships seeking a slot at the Los Angeles and Long Beach docks.

Yeti Holdings Inc., an Austin, Texas-based manufacturer of outdoor recreational equipment, said in its first-quarter earnings conference call last week that it is facing pressure to get materials in place to meet rebounding demand for its gear and that it expects high freight costs this year.

“The higher freight assumption is largely consistent with what we are seeing in the broader market as Covid continues to impact global logistics,” Chief Financial Officer Paul Carbone said. “And we now expect these elevated shipping rates to persist for the balance of the year.”

The higher costs and delays are especially hard on small businesses, which have less stock on hand to serve as a buffer against supply disruptions.

“Oil and parts prices have gone up by at least 15% over the past two months,” said Hector Martinez, who runs the Rye Auto Care in Rye, N.Y. “I got two cars with electrical problems and the parts are back ordered with no release date. Tires are also delayed, sometimes for many days.”

Container line executives expect the market to remain clogged for much of the year, although German boxship operator Hapag-Lloyd AG said in its first-quarter earnings report that it expects a “gradual normalization in the second half of the year.”

Several other carriers have also reported profits surpassing $1 billion in the first quarter.

“Right now we are completely outside conditions in our ocean business and we are making a windfall of profits on the back of infrastructure bottlenecks and congestion,” Mr. Clerc said. “I would much rather have a more normalized profit than having customers feeling that their supply chains are cracking and bursting.”

Hapag-Lloyd, which earned a $1.45 billion net profit in the first quarter compared with $27 million in the year-ago quarter, said it is diverting ships to less-congested ports where possible and has bought an extra 450,000 containers since last year to add capacity. But the carrier said the “congested supply chains present a huge challenge to all market participants.”

Write to Costas Paris at costas.paris@wsj.com

Denial of responsibility! TechiLive.in is an automatic aggregator around the global media. All the content are available free on Internet. We have just arranged it in one platform for educational purpose only. In each content, the hyperlink to the primary source is specified. All trademarks belong to their rightful owners, all materials to their authors. If you are the owner of the content and do not want us to publish your materials on our website, please contact us by email – admin@techilive.in. The content will be deleted within 24 hours.
carrierCrunchDelayedEducation newsEducation updatefreight transportFreight Transport/LogisticsLogistics
0
Share