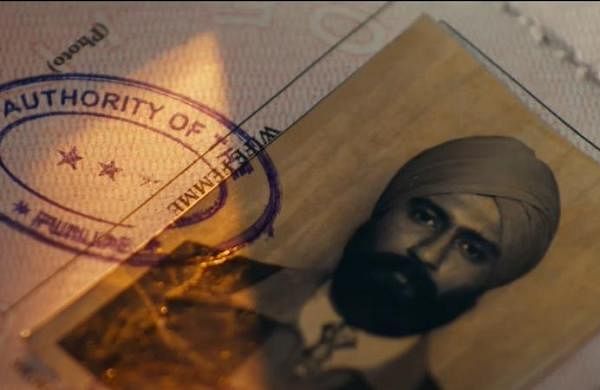 Shoojit Sircar on skipping theatrical release for ‘Sardar Udham’: Not guilty, it’s not a mistake

MUMBAI: Director Shoojit Sircar on Thursday said he does not view opting for a digital release for his upcoming feature “Sardar Udham” as a “mistake” because the decision was taken keeping in mind the best interest of the film.

Headlined by Vicky Kaushal, the film is gearing up to be released on Amazon Prime Video on October 16.

“Sardar Udham”, which was completed in 2019, was earlier expected to release theatrically.

During the trailer launch of the film, Sircar was asked if he feels he could have waited longer for cinema halls to reopen so that the movie could have had a big screen release.

“It’s a tricky question. There’s a destiny for every film and ‘Sardar Udham’ landed on Amazon Prime. When I shot the film, this wasn’t the situation. We shot the film for cinemas. I do not feel guilty that it’s releasing on (a digital platform). We decided that this will go on the digital platform. I didn’t feel that this was a mistake I was making,” the filmmaker told reporters.

The Maharashtra government recently allowed cinema halls in the state, a prime market for Bollywood films, to resume operations from October 22.

Last year, during the coronavirus pandemic-induced nationwide lockdown which resulted in cinema halls being shut across the country, Sircar’s “Gulabo Sitabo” was one of the first films to head to the OTT platform.

The filmmaker said he is “impatient” and wants to showcase his work to the audience as quickly as possible, which is why both “Gulabo Sitabo” and “Sardar Udham” didn’t wait for the reopening of cinema halls.

“What I also experienced after ‘Gulabo Sitabo’ was the reach the film got. I thought this film (‘Sardar Udham’) also needs a huge global platform, apart from our Indian territories. That was also a good reason for me to go ahead. Yes, the cinematic experience of a theatre will be surely missed, but it is not a compromise on the cinematic narrative. It’ll be as cinematic on a big screen as it is on a small screen,” Sircar added.

The film is a biopic on freedom fighter Sardar Udham Singh, who assassinated Michael O’Dwyer, the former Lieutenant Governor of Punjab in British India in 1940, to avenge the 1919 Jallianwala Bagh massacre.

The Amazon original movie, penned by Ritesh Shah and Shubhendu Bhattacharya, is produced by Ronnie Lahiri and Sheel Kumar.

Denial of responsibility! TechiLive.in is an automatic aggregator around the global media. All the content are available free on Internet. We have just arranged it in one platform for educational purpose only. In each content, the hyperlink to the primary source is specified. All trademarks belong to their rightful owners, all materials to their authors. If you are the owner of the content and do not want us to publish your materials on our website, please contact us by email – [email protected]. The content will be deleted within 24 hours.
amazon prime videoentertainment newsEntertainment updateGuiltymistakenews updateReleaseSardar
Share

Is It Possible to Treat Resistant High Blood Pressure?