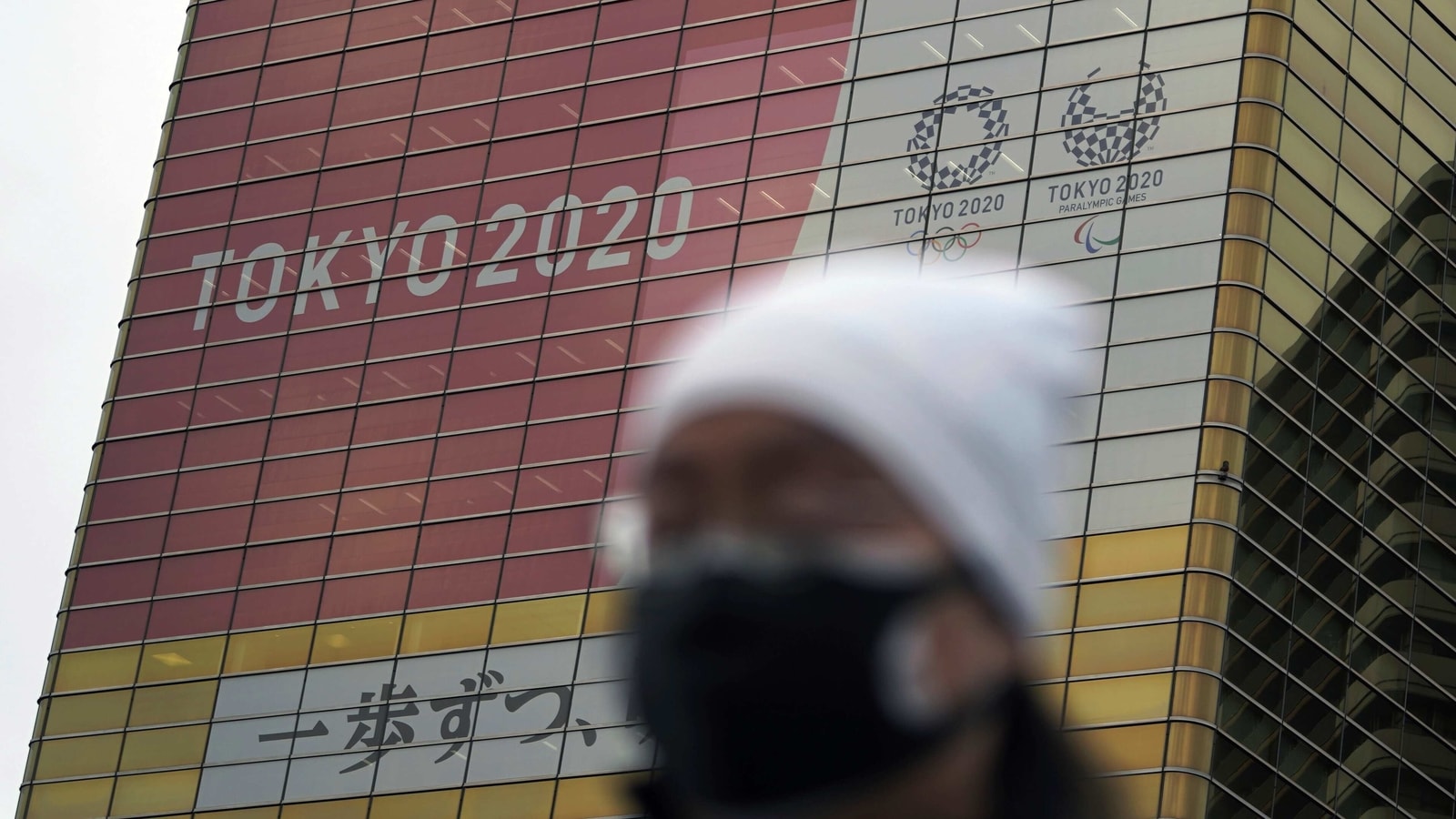 Should the Tokyo Olympics be held at all?

Even as the International Olympic Committee (IOC) and the Tokyo Olympics organisers have repeatedly stressed their optimism of being able to deliver a “safe and secure” Games, a report in The New England Journal of Medicine has red-flagged some of safety protocols outlined by the IOC in their Covid-19 management “Playbook” released last month.

Amid an unrelenting second wave of the pandemic that has cast fresh doubts about whether the Olympics, set to begin July 23, can go ahead in a country increasingly voicing its views against it, the report—co-authored by four medical experts—states that the IOC’s determination to hold the Games “is not informed by the best scientific evidence”.

While it doesn’t call for the Games to be cancelled, the report roots for it by saying that “it may be the safest option”.

Published on May 25 in the prestigious journal, the report seeks urgent action to set a few things in order for a safer environment before 15,000 Olympic and Paralympic athletes and tens of thousands of officials, judges, media and broadcasters from more than 200 countries and territories touch down in Tokyo.

“The IOC’s playbooks are not built on scientifically rigorous risk assessment, and they fail to consider the ways in which exposure occurs, the factors that contribute to exposure, and which participants may be at highest risk,” the report states.

One of the key issues is at the initial stages itself: testing. While the IOC has upgraded testing protocols to a daily basis for all athletes and officials after their arrival in Japan, it only wants to administer antigen tests first, which have low efficacy. The gold standard RT-PCR tests are only a second line measure, if the antigen result is unclear or positive.

The report pushes for daily RT-PCR testing instead as “best practice”.

Dr. Nikhil Latey, a sport science expert who was a former head of the medical team at Olympic Gold Quest (a non-profit organization that aids some of India’s top Tokyo-bound athletes), said the testing protocol is a major concern.

“As of now, if the antigen test is positive, then the RT-PCR test will be done, the results for which take a little more time. In the meantime, if the athlete is not able to compete, and say it’s a medal match, then wouldn’t it be unfair? What if it’s a false positive? In this case, if your system is at fault, what recourse does the athlete have? So, I do believe that the RT-PCR should be the standard testing method every day instead of a dodgy antigen test,” Dr. Latey said.

The report highlights a few other prominent areas of concern (see box) that relate to asking the athletes to participate in the Games “at their own risk”, having “no plan B in the event of an outbreak” and ineffectiveness of the contact-tracing apps through which the organisers plan to track the athletes during their stay.

It also suggests classifying various events and non-competition areas (like dining hall, transport, etc) into low, moderate and high risk for athletes to be fully aware and informed about the risks wherever they go.

Carry your own masks

The IOC asking the athletes and their respective contingents to carry their own face masks, too, should be reversed, the report stated. “At every Olympics, the Games Village usually has thousands of condoms for use. If the IOC can provide that, then why not high quality masks or gloves?” Dr. Latey, who was in Rio for the previous Olympics, said.

One aspect left largely unexplained in the Playbook is what happens to “close contacts” of a positive person inside the Games Village. The Playbook mentions that once an athlete or official tests positive, he/she will be immediately isolated and not allowed to complete/continue their role. But on their “close contacts”, the Japanese health authorities will decide on a “case-by-case basis”. What happens if a positive athlete is part of a team sport, for example? Will the entire team have to isolate and not be allowed to compete?

“There are a lot of grey areas like that,” Dr. Latey said. “Also, the Games Village will not have personal rooms for everyone, so sharing of rooms is going to be a problem. God forbid, the Games Village itself doesn’t become a hotspot. The IOC will definitely have to be more stringent.”

Dr. PSM Chandran, former Sports Authority of India’s (SAI) director, sports medicine, who has also served as the contingent doctor for India at many multi-nation tournaments, said the IOC can ill-afford to have a “trial and error method” at an event of the magnitude of the Olympics.

“There is a conflict between medical and administrative authorities on these issues, where there is no meeting point.” Dr. Chandran said. “The Olympics are more complex (than other sporting events) because of the sheer number and the different discipline standards of people from various parts of the world. There’s every chance that anyone can get infected at the Games, because there is no full-proof preventive method.”

Like the Australian Open—despite ferrying players in chartered planes with strict hard quarantine rules—earlier this year in Melbourne and the suspended Indian Premier League (IPL) last month showed. “It’s a numbers game, isn’t it? Even if you say you can reduce the risk by 90 per cent, and when there is a pool of over 10,000 athletes apart from coaches, support staff, officials and everyone else associated with the Games, that is still a large enough number to cause an outbreak,” Dr. Latey said.

Doctors in Japan have also now joined the chorus in the host country against the Games.

Dr. Naoto Ueyama, chairman of the Japan Doctors Union, said the IOC and the Japanese government had underestimated the risks of bringing so many thousands of people from around the world together.

“Since the emergence of COVID-19 there has not been such a dangerous gathering of people coming together in one place from so many different places around the world,” he said, speaking in Tokyo at the Foreign Correspondents’ Club of Japan on Thursday.

Unlike most sporting events that have been held through a pandemic, the Olympics is not following a bio-bubble model, where all participants are put into a quarantine, tested, and only then allowed inside the bubble, which they don’t leave for the duration of the tournament.

However, unlike most other major sporting events in the last few months, by the time the Olympics get rolling in July, most participants are expected to be fully vaccinated.

According to figures provided by the Indian Olympic Association (IOA) on May 20, a total of 144 Olympic- and Paralympic-bound Indian athletes have received the first dose, while 19 have been fully vaccinated. The corresponding figure for coaches and support staff is 87 and 23, respectively. That means everyone in the Indian contingent so far has received at least the first dose.

Although the IOC has not made vaccination compulsory, it has begun the process of collecting data from all the National Olympic Committees regarding the vaccination status of their athletes, officials and even media.

Dr. Latey called upon the IOC to make complete vaccination a prerequisite to taking part in the Games.

The report predicts that not everyone at the Games will be vaccinated, for various reasons: the availability of vaccines, concerns that the vaccine will affect athletic performance, or ethical concerns in getting vaccinated ahead of those more in need, like doctors or frontline workers. The IOC has said it expects more than 80% of the people living in the village to be vaccinated. This contrasts with a very slow rollout in Japan where less than 5% of the public has been vaccinated.

The British Medical Journal last month in an editorial also asked organizers to “reconsider” holding the Olympics in the middle of a pandemic.

If the Olympics are called off, it will only be the fourth time in the history of the modern summer games; the other three cancellations all happened due to the two World Wars.

Loading...
Denial of responsibility! TechiLive.in is an automatic aggregator around the global media. All the content are available free on Internet. We have just arranged it in one platform for educational purpose only. In each content, the hyperlink to the primary source is specified. All trademarks belong to their rightful owners, all materials to their authors. If you are the owner of the content and do not want us to publish your materials on our website, please contact us by email – [email protected]. The content will be deleted within 24 hours.
covid-19 pandemicheldJapannews updateOlympicssports newssports updatetechi live
0
Share