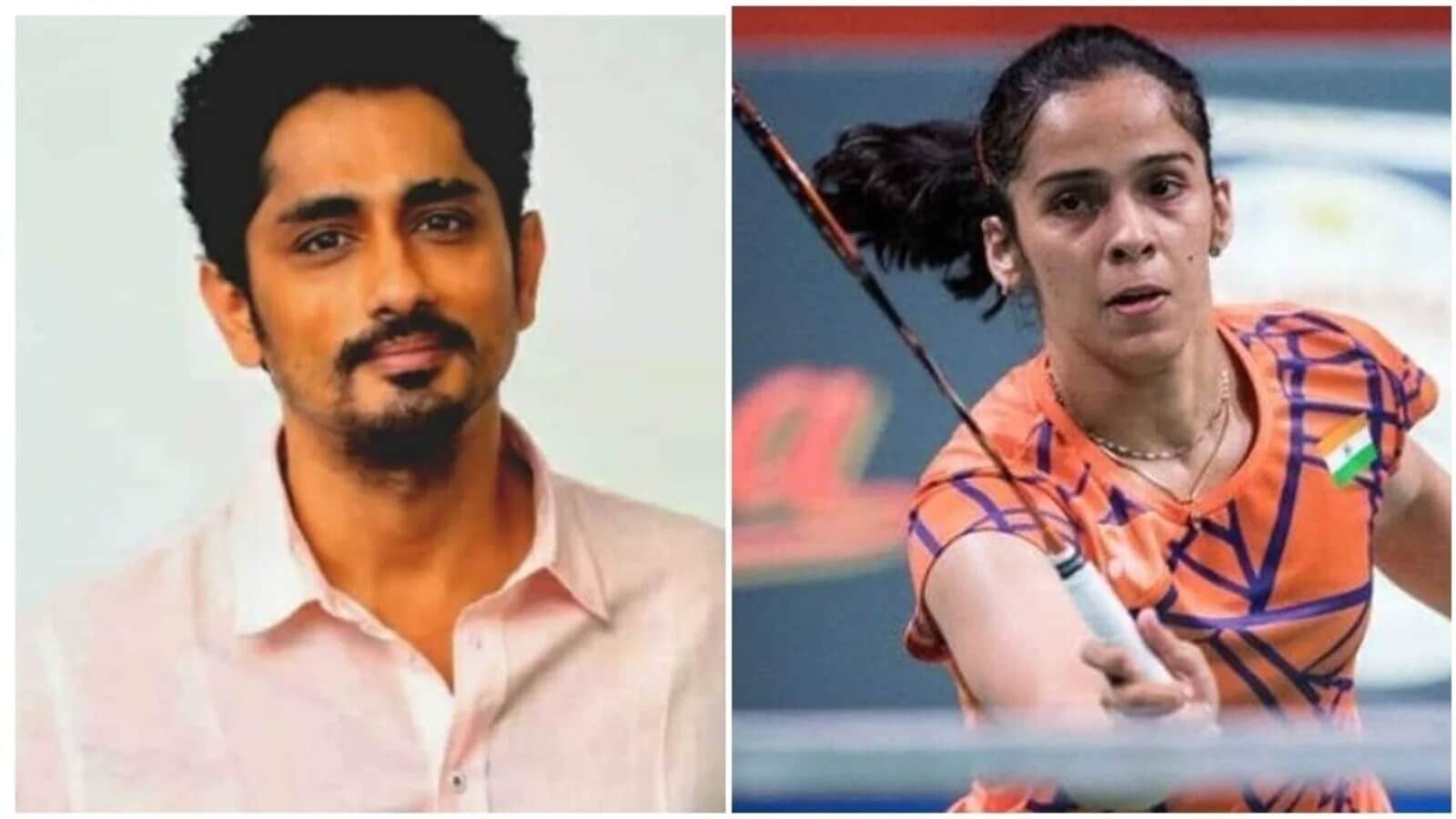 Actor Siddharth has apologised to badminton champion Saina Nehwal in an open letter shared on his social media handles. Last week, the actor, in a tweet, had reacted to a post by Saina in which she had expressed her concern over the security breach of Prime Minister Narendra Modi during his Punjab visit on January 5.

Siddharth’s tweet was widely criticised as ‘sexist’, prompting a response from even Saina Nehwal, following which the actor issued a letter of apology late night on January 11.

Siddharth’s letter on Twitter read, “Dear Saina, I want to apologise to you for my rude joke that I wrote as a response to a tweet of yours, a few days ago. I may disagree with you on many things but even my disappointment or anger when I read your tweet, cannot justify my tone and words. I know I have more grace in me than that. As for the joke… If a joke needs to be explained, then it wasn’t a very good joke to begin with. Sorry about a joke that didn’t land.”

In his note, Siddharth continued: “I, however must insist my word play and humour had none of the malicious intent that so many people from all quarters have attributed to it. I am a staunch feminist ally and I assure you there was no gender implied in my tweet and certainly no intent to attack you as a woman.”

The actor wrapped his open letter with these words: “I hope we can put this behind us and that you will accept my letter. You will always be my Champion. Honestly, Siddharth.”

In the controversial tweet, which is now deleted, Siddharth had written: “Subtle cock champion of the world… Thank God we have protectors of India. Shame on you #Rihanna.” He was responding to Saina’s tweet that read: “No nation can claim itself to be safe if the security of its own PM gets compromised. I condemn, in the strongest words possible, the cowardly attack on PM Modi by anarchists. #BharatStandsWithModi #PMModi.” Last year, Rihanna tweeted in support of the farmers’ protests.

On Monday, Siddharth had said that he did not mean to disrespect anyone and that his ‘subtle cock’ tweet contained no kind of insinuation. “Cock and bull. That’s the reference. Reading otherwise is unfair and leading. Nothing disrespectful was intended, said or insinuated. Period,” he had tweeted.

Various activists slammed Siddharth over his comments, calling it ‘sexist, misogynistic’ and demanded that he should apologise to Saina. The National Commission for Women (NCW) had also asked Twitter to block the account of the actor over his tweet against the ace badminton player.

Denial of responsibility! TechiLive.in is an automatic aggregator around the global media. All the content are available free on Internet. We have just arranged it in one platform for educational purpose only. In each content, the hyperlink to the primary source is specified. All trademarks belong to their rightful owners, all materials to their authors. If you are the owner of the content and do not want us to publish your materials on our website, please contact us by email – [email protected]. The content will be deleted within 24 hours.
apologisesentertainment newsEntertainment updatejokejustifyLetterNehwalnews update
0
Share