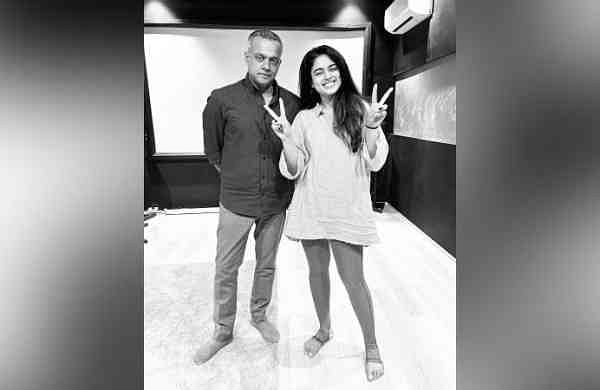 CHENNAI: Actress Siddhi Idnani, who will be making her debut in Tamil cinema with director Gautham Vasudev Menon’s much-awaited entertainer ‘Vendhu Thanindhadhu Kaadu’, has completed dubbing for her portions in the film.

Taking to Twitter to announce that she had dubbed herself for ‘Paavai’, her character in the film, she said: “And that’s a wrap for Paavai’s dubbing. Thank you Gautham Menon sir for believing in me and letting me dub for myself. Dreams do come true Still can’t believe I am a Gautham Vasudev Menon heroine! #VendhuThanindhathuKaadu”

Interestingly, Siddhi Idnani’s dad, Ashok Idnani, is a voice modulation trainer. Silambarasan, who plays the lead in this explosive action entertainer, has already completed dubbing for his portions.

Shooting for the film, which is to hit screens on September 15 this year, was wrapped up in Mumbai in April, after which post-production work began.

The action-thriller movie traverses through the life of a young man from a village in Tamil Nadu, whose life takes a turn after moving to Mumbai. The film has been majorly shot in Tiruchendur, Chennai, and Mumbai.

The film has cinematography by Siddhartha Nuni and editing by Anthony.

Denial of responsibility! TechiLive.in is an automatic aggregator around the global media. All the content are available free on Internet. We have just arranged it in one platform for educational purpose only. In each content, the hyperlink to the primary source is specified. All trademarks belong to their rightful owners, all materials to their authors. If you are the owner of the content and do not want us to publish your materials on our website, please contact us by email – [email protected]. The content will be deleted within 24 hours.
entertainment newsEntertainment updateGauthamgautham vasudev menonheroineIdnaniMenonnews update
Share