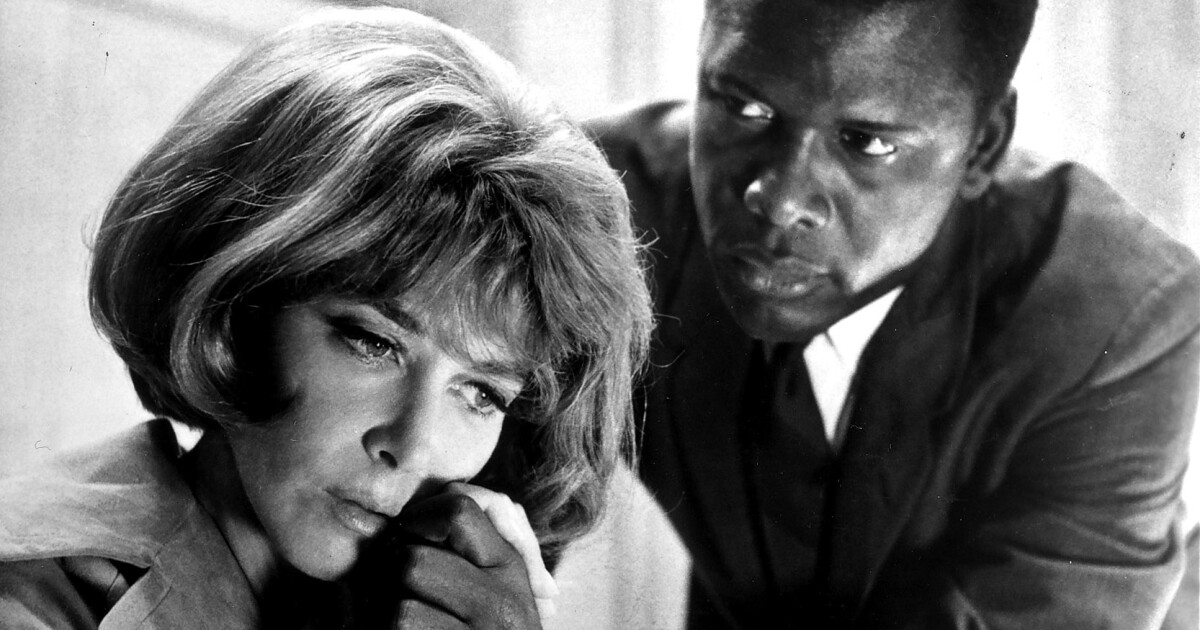 Sidney Poitier’s legacy lives on: Here’s where to watch his classic film performances

Sidney Poitier, the trailblazing actor and activist who became one of Hollywood’s most important Black figures, died Thursday evening at 94.

In a career spanning more than 70 years, Poitier made his mark on cinema, often refusing roles he felt would be degrading to Black America. In 1968, he became the first Black man to win the Oscar for best actor for his work in “Lilies of the Field.”

He later received an honorary Academy Award in 2001 for his lifetime achievements, and in 2008 he was honored with the Presidential Medal of Freedom from former President Barack Obama.

“Through his groundbreaking roles and singular talent, Sidney Poitier epitomized dignity and grace, revealing the power of movies to bring us closer together,” Obama said in a statement after Poitier’s death was announced. “He also opened doors for a generation of actors. Michelle and I send our love to his family and legion of fans.”

Here’s where you can watch seven of of Poitier’s most notable films.

“Blackboard Jungle” was Poitier’s breakthrough role, in which he played a rowdy high school student with a hidden musical talent as a pianist and singer. With the guidance of his fiercely loyal teacher (played by Glenn Ford), Poitier’s character eventually becomes a positive influence and works to form a bond between teacher and classmates.

Poitier co-starred with Tony Curtis in “The Defiant Ones,” in which the two prison escapees are shackled together and must work together to survive. The film won an Academy Award for best story and screenplay and best cinematography, while Poitier earned his first Oscar nomination for best actor.

You can rent “The Defiant Ones” on Amazon Prime Video and Vudu or watch an ad-supported free version on Pluto TV.

In Lorraine Hansberry’s signature play, Poitier starred as Walter Lee Younger, a man trying to lead his family to prosperity after the death of his father. After receiving a $10,000 life insurance check, he debates with his wife about the best way to proceed, a decision made more complicated when a potential business partner runs off with his share of the money.

Poitier also starred in the film adaptation released in 1961. You can watch the movie version of “A Raisin in the Sun” on YouTube,
Vudu and Apple TV.

In his Oscar-winning role, Poitier plays a handyman named Homer Smith who meets a group of nuns from Germany, who are convinced he’s been sent from God to help build their chapel.

You can watch “Lilies of the Field” for free on YouTube and Pluto TV.

This Oscar best-picture winner features Poitier as Virgil Tibbs, a Black police detective from Philadelphia mistakenly accused of murder while passing through a town in Mississippi. After he is cleared of the crime, he searches for the true killer when the police chief asks him to investigate the case.

You can watch “In the Heat of the Night” on Amazon Prime Video, YouTube and Apple TV from $3.99.

“Guess Who’s Coming to Dinner” explored an interracial marriage between Poitier’s Dr. John Wade Prentice and Joanna Drayton, played by Katharine Houghton. Tensions are high when the two families meet and learn to navigate their way through their initial disapproval of the relationship.

You can watch “Guess Who’s Coming to Dinner” on YouTube, Amazon Prime Video and Apple TV, or on Hulu with a Starz subscription add-on.

Poitier plays Mark Thackeray, an unemployed engineer who turns to teaching to make ends meet. After Thackeray is assigned to a rowdy class of troublemakers, the older students do their best to break his spirit, while the teacher perseveres to prepare the class for the world.

You can stream “To Sir, With Love” from $3.99 on YouTube, Apple TV and Amazon Prime Video.

Denial of responsibility! TechiLive.in is an automatic aggregator around the global media. All the content are available free on Internet. We have just arranged it in one platform for educational purpose only. In each content, the hyperlink to the primary source is specified. All trademarks belong to their rightful owners, all materials to their authors. If you are the owner of the content and do not want us to publish your materials on our website, please contact us by email – [email protected]. The content will be deleted within 24 hours.
classicentertainment newsEntertainment updateFilmHeresLegacylivesnews update
Share