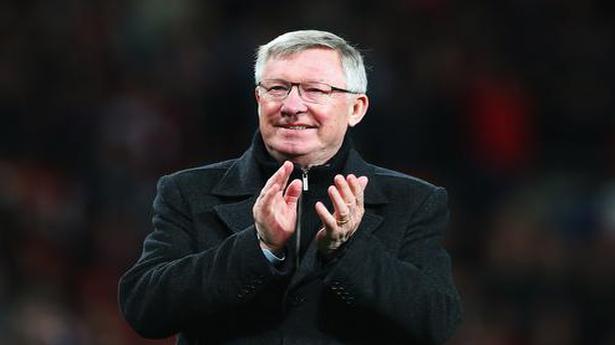 The film goes back to Ferguson’s Glasgow roots, his playing career at Scottish clubs including Rangers and his 26-year tenure at Manchester United

Former Manchester United manager Alex Ferguson looks back on his life and career in a new documentary “Never Give In”, recounting the triumphs as well as defeats on and off the pitch.

Directed by his son Jason, the film goes back to Ferguson’s Glasgow roots, his playing career at Scottish clubs including Rangers and his 26-year tenure at Manchester United.

Widely considered as one of the greatest managers of all time, Ferguson, 79, also recounts how he suffered a brain haemorrhage in 2018, an incident he has previously said he feared would cause him to lose his memory.

“He’s obviously an iconic figure … in terms of football, but the desire was to show who he is from a human point of view.”

Father and son began recording audio interviews in 2016 for some 18 months before Jason Ferguson started on the film.

“There were certain things that came out of (the audio interviews) that I wasn’t aware of that were more personal,” said his son.

Ferguson went to Old Trafford in 1986 and stayed until 2013. Under his tenure, Manchester United won the Champions League twice, the Premier League 13 times and the FA Cup five times. He was knighted in 1999.

Jason Ferguson said his father had seen the film before and after it was finished and had found it “emotional”.

Denial of responsibility! TechiLive.in is an automatic aggregator around the global media. All the content are available free on Internet. We have just arranged it in one platform for educational purpose only. In each content, the hyperlink to the primary source is specified. All trademarks belong to their rightful owners, all materials to their authors. If you are the owner of the content and do not want us to publish your materials on our website, please contact us by email – [email protected]. The content will be deleted within 24 hours.
Loading...
Alexalex fergusonalex ferguson filmalex ferguson moviealex ferguson trophiescareerentertainment newsEntertainment update
0
Share

Rhythm Pharmaceuticals Receives Positive CHMP Opinion for Setmelanotide for Treatment of Obesity and Control of Hunger Associated with POMC, PCSK1 and LEPR Deficiency