Notice: amp_is_available was called incorrectly. `amp_is_available()` (or `amp_is_request()`, formerly `is_amp_endpoint()`) was called too early and so it will not work properly. WordPress is currently doing the `pre_get_posts` hook. Calling this function before the `wp` action means it will not have access to `WP_Query` and the queried object to determine if it is an AMP response, thus neither the `amp_skip_post()` filter nor the AMP enabled toggle will be considered. It appears the theme with slug `publisher` is responsible; please contact the author. Please see Debugging in WordPress for more information. (This message was added in version 2.0.0.) in /home/runcloud/webapps/techilive/wp-includes/functions.php on line 5313
 Small phone lovers rejoice: The Asus Zenfone 8 is a fantastic option - TechiLive.in 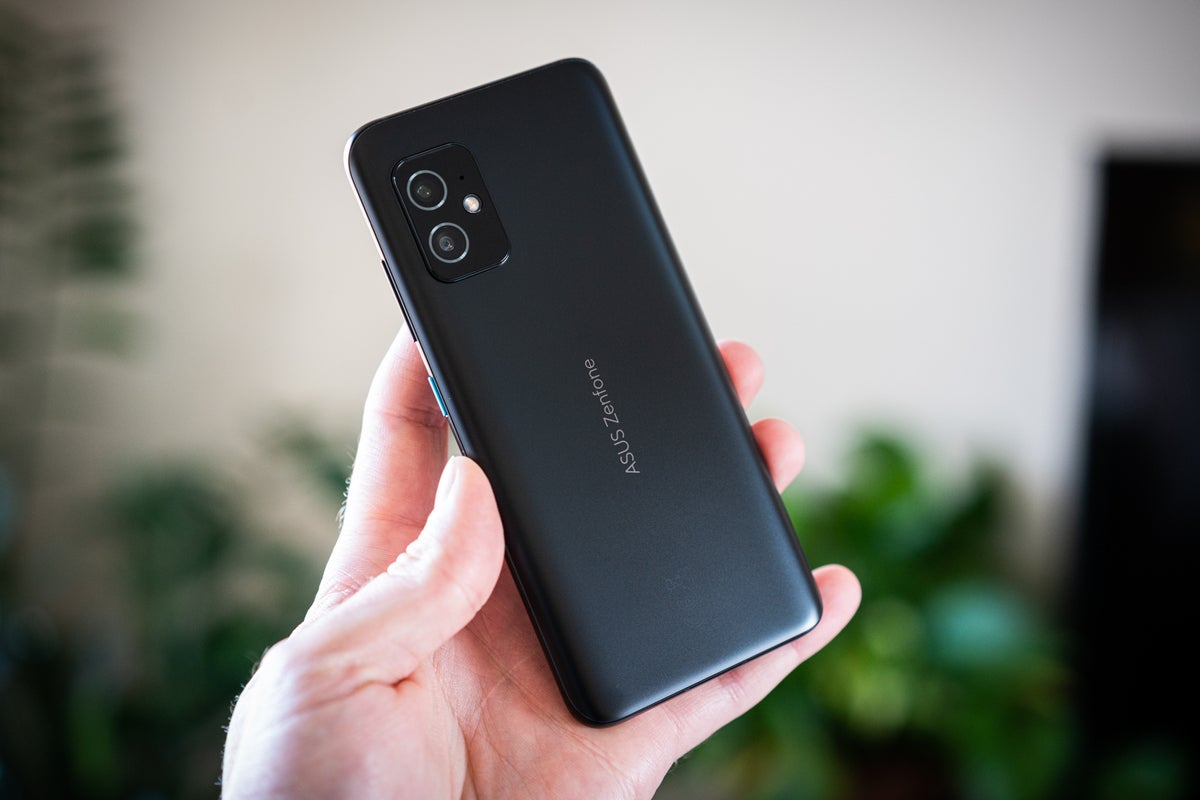 For those of us who remember the early days of smartphones, “handsets” were fairly small devices that worked great for one-handed use. But thanks to burgeoning specs and features—as well as user demand for more screen real estate—phones have become larger and larger, and now smaller options are hard to find. Into this landscape walks Asus and its Zenfone 8, the company’s latest mainstream flagship device. This sub-6-inch phone doesn’t sacrifice power for size, and it’s a fantastic option for small phone lovers.

At PCWorld we know Asus more for its laptops and PC hardware components, but its phone division has been making some very strong devices for many years now. In fact, a couple of months ago, Asus released the ROG Phone 5, which I consider to be the one of the best “gaming phones” available. The Zenfone line is aimed more at mainstream users, and despite having a small marketshare worldwide, it’s garnered a nice following.

For the Zenfone 8, Asus wanted to make “the ultimate compact Android phone,” aiming it at the small phone market that has been traditionally underserved. And, wow, did they swing for the fences. The 5.9-inch FHD+ AMOLED Samsung panel runs up to 120Hz and has a peak max brightness of 1100 nits. Display nerds will also enjoy hardcore specs like 112 percent DCI-P3 and Delta-E<1 for super accurate colors. This display is beautiful in every environment and a real treat for small phone lovers.

Inside the Zenfone 8 is the latest Qualcomm Snapdragon 888 5G chip paired with up to 16GB or LPDDR5 RAM and up to 256GB of UFS3.1 SSD and cooled via heat-pipe. Comparing Zenfone 8 to my time with the ROG Phone 5 sporting similar specs, I found the mainstream phone to be just as snappy and responsive. Nothing was lacking for power, and I was super impressed with its performance in both normal and heavy tasks, like gaming. The phone did get a bit hotter under heavier workloads than the ROG Phone 5, but with the size reduction that didn’t surprise me and it wasn’t a serious problem.

The 4000mAh battery probably contributed to that heat as well, because that’s a huge battery to put in a phone. But despite the power and size, the battery did get me through a full day of use with the display refresh rate set to auto. The 30W Hypercharge system—which Asus claims is the “most powerful charger of any phone below 6 inches”—helps to top off the phone in an emergency.

When it comes to software, ZenUI 8 is based off Android 11 and sticks pretty damn close to stock but with some smart improvements. Added features are all smart additions and help to get the most out of this hardware: Battery care options are plentiful; there’s some extra sound tuning for more pleasing audio out of the dual speakers; and the same feature-rich Game Genie software found on the ROG Phone 5 can be used to configure your gaming experience.

All of these features and more are easy to navigate within the settings and are powerful additions to Android, but ZenUI 8 is not without its quirks. I had problems using my third party launcher with the newer swipe navigation system, and saw some odd flash frames when exiting apps. With a bit more ironing out, ZenUI would easily become my custom Android OS of choice.

Probably the weakest part of the Zenfone 8 is the design—it’s very basic and uninspiring. This doesn’t bug me too much, though, as the phone will most likely live in a case, and Asus’ focus is more on one-handed usability rather than flashy aesthetics. Asus said they put a lot of time and research into finding the best blend of height and width to support single-handed use, and here they hit the nail on the head.

As someone who prefers the largest phone I can get my hands on, it was kind of refreshing to use a device like this without worrying it was going to fall out of my hands if I didn’t have a firm grip. My wife, who misses the days of truly mini phones, doesn’t think the Zenfone 8 goes small enough, but the new “one-handed mode” that can be triggered to limit the height of the screen and bring the top controls within even easier reach did make her jealous.

All in all, the Zenfone 8 should feel like a breath of fresh air for small phone fans. There isn’t much lost in this tiny package and it definitely stands up to the performance of most flagship devices on the market today. With prices starting at $600 this phone easily places itself in the list of “handsets” I can recommend to small device lovers.

Denial of responsibility! TechiLive.in is an automatic aggregator around the global media. All the content are available free on Internet. We have just arranged it in one platform for educational purpose only. In each content, the hyperlink to the primary source is specified. All trademarks belong to their rightful owners, all materials to their authors. If you are the owner of the content and do not want us to publish your materials on our website, please contact us by email – admin@techilive.in. The content will be deleted within 24 hours.
AsusFantasticgadget updateloversOptionPhonerejoicesmall
0
Share

Amazon app quiz May 13, 2021: Get answers to these five questions to win OnePlus smart TV for free – Times of India