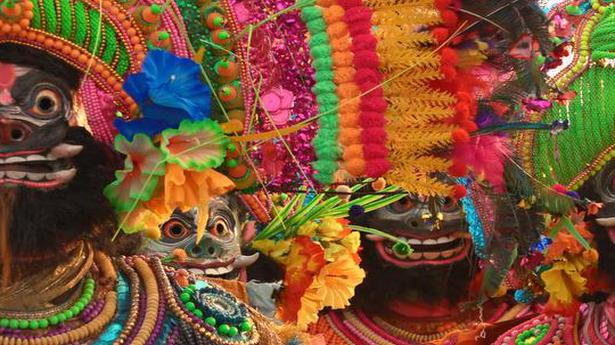 Snapshots from IFFR 2021: On three Indian shorts ‘Bela’, ‘Lata’ and ‘The Blind Rabbit’

Three Indian shorts by three unique voices — Prantik Basu’s ‘Bela’, Alisha Tejpal’s ‘Lata’ and Pallavi Paul’s ‘The Blind Rabbit’ — showcasing facets of India and its people, were screened as part of the June Programme at the International Film Festival Rotterdam 2021

In Prantik Basu’s Bela, the camera is an onlooker often capturing the oddities and the ordinary of the inhabitants of the eponymous village in West Bengal, where the filmmaker comes from. The camera does not turn its gaze away from the subject, from whom we see the life and landscapes around them. At the same time, Basu seems extremely conscious about his subject, enabling a safe distance away from them and ensuring that the camera doesn’t intrude into their space.

Bela is a beautiful yet sombre dive into the ordinary, as Basu captures a day in the life of Chhau dancers, a traditional folk dance involving strenuous body movements and acrobatics, as it meant to be — from dawn to dusk, as they prep for a local competition with other Chhau performers. The documentary is the cinema equivalent of watching the sunset from your terrace, as a gentle wind blows into your hair and a smile escapes your face — without being noticed.

The hour-long film opens with a group of men (from Manbhum Sramjibi Chhau Dance Group) rehearsing amidst a lamp. These men with their synchronised acrobatic steps come alive as Gods in the midst of the light that can only be described as celestial. While the men go about their work, the women of the house are mostly involved in household activities — this contrast was remarkably captured by PS Vinoth Raj’s Koozhangal, which won the Tiger Award this year. Chhau is mostly reserved for the men, but that is changing now. The camera work (by Basu and Riju Das) is stunning. Watch out for those light navy-coloured skies their lenses captures.

Every activity of the villagers reveal a little more about them and every act is inherently knitted to the narrative. For instance, there is a sequence where we see the women milling flour using a traditional grinding machine. Later in the day, the sequence acts as a callback when the women decorate the house with rangoli paintings on the floor, waiting with hopes for the Chhau dancers to return with the prize money of ₹20,000.

The group that Basu’s film centres on does not win the competition, though they put up a great show in what’s now becoming a dying artform. They return home from the neighbouring village disappointed. “We should stop cribbing and start working harder,” one of them remarks. And life goes on.

When the walls close in

In Alisha Tejpal’s Lata, the protagonist, a 20-something domestic helper navigating through the ordinariness of everyday life in an affluent house in South Mumbai, is mostly placed at the corner of the frame, leaving enough room to ponder over the space that isn’t hers. Even if she is at the centre of the frame-within-frame cinematography, Lata doesn’t truly come alive and the idea seems to show the walls that are closing in on her, to a claustrophobic propotion. It is, perhaps, to demonstrate how small of a part Lata’s is, despite the access given to these individual spaces in the expansive house. We witness Lata as she goes about her daily chores and the mundaneness that come with it.

In the 21-minute short, the outside world only makes a cursory appearance in what is otherwise a concealed space. The first is when Lata gets a call from her boyfriend from her native village, as he invites her for the annual Ganesh Chathurthi celebrations. She hangs up on him, returning to her reality when the lady of the house walks in. Bound by ‘loyalty’, she closes the door of liberation.

The second is when Lata buys groceries for the house. We find another Lata, an elderly domestic helper bragging to the women about her work, positively unaware of the class difference when one of the ladies says, “Is that why you are fit even at this age?” The older lady takes the stairs, while Lata waits for the lift. They both are caged in their own way.

The third is when Lata truly steps out of the imaginary yet very real boundaries, when she dresses up for the Ganesh Chathurthi procession. She sets-up the dinner table, as her masters plonk themselves on the sofa watching Alia Bhatt talk about her privilege, which is quite well-done. At the celebrations, Lata lets herself be, which is straight out of Rohena Gera’s Sir. Unlike Sir, a far superior work, Tejpal’s Lata ends up as a reactionary film to class differences. But it does end on a wonderful note, though. A cacophony of dholak and drums rings louder on the streets, but from the inside of Lata’s house, it’s just a feeble sound.

I found it really hard processing Pallavi Paul’s 45-minute allegorical short as a whole, for, it is too far and few between — if one were to put in reviewers’ lingo. On one hand, it’s a narrative experiment, often employing texts, voiceovers and archival footage and photographs, and flickering fonts in the least usable manner — at least in the traditional sense. On the other hand, the short talks about a supreme enemy by revisiting events of the past, mapping the world of yesterday with today in the capital city of New Delhi. It’s also an allegory on poems by Kedarnath Singh and Fernando Pessoa. The problem is, The Blind Rabbit wants to be all at once. 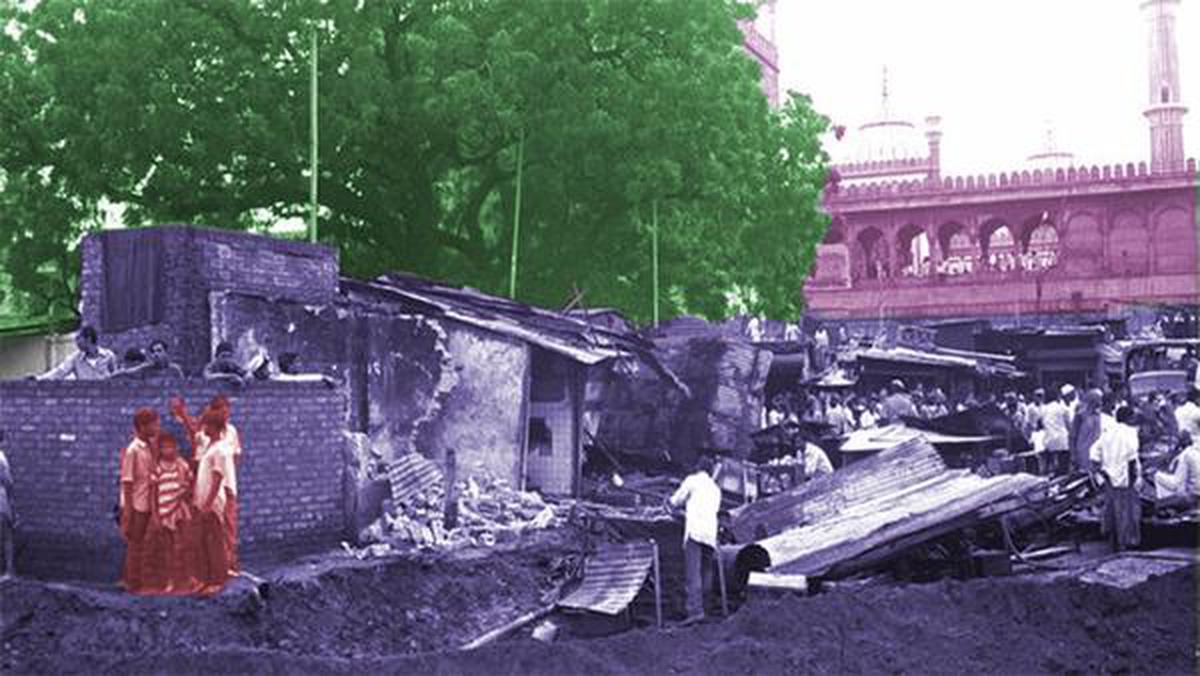 A still from ‘The Blind Rabbit’

The camera slowly moves from its stationary state amidst the snowcapped mountains, as the texts appear in large:

And again the next day, the tiger returned to the city.

People were drinking tiger magic in tea cups and television screens, the tiger was moving.

The mystical tiger referenced here is an allegory on power, particularly of the systematic one wielded by the police forces, largely translates to everywhere. Pallavi examines the pogroms that happened in 1975, during The Emergency, and in 2020 in Delhi, during the protests against the passage of Citizenship Amendment Act. She does this by making a case for the loss of smell and blindness as residues, in the advent of power and dominance of any kind.

Pages from the best-to-forget chapters are reopened and eye-witnesses to police violence that was sanctioned during The Emergency are brought to testify. Like the lady who was part of Indira Gandhi’s VIP Security team, was one day asked to wear a white saree. Only later did she realise it was on the occasion of Independence Day and she was secretly brought in, to act as a dummy for Gandhi. “Later, madam [Gandhi] wanted to take a picture with all the dummies,” she says. The stories that are buried in yesterday are intercut with images, sometimes screams, of the violence that broke out in Jamia Library in 2019 or on the streets of Delhi in 2020. The Blind Rabbit, as someone beautifully puts it, is the result of what is hanging between memory and forgetting. Halfway through, you realise, from the poem, that the tiger has only grown over the years.

Given the troubling times we live in, the short is an important addition to the list of films taking an unflinching look at the establishment in the pogroms, and questioning it for its blindness and tone-deafness. But only if you are willing to overlook Pallavi’s desperation to get A+ from her facilities, who introduced Tarkovsky’s Stalker and the audio-visual significance of creating a mood piece.

Loading...
Denial of responsibility! TechiLive.in is an automatic aggregator around the global media. All the content are available free on Internet. We have just arranged it in one platform for educational purpose only. In each content, the hyperlink to the primary source is specified. All trademarks belong to their rightful owners, all materials to their authors. If you are the owner of the content and do not want us to publish your materials on our website, please contact us by email – [email protected]. The content will be deleted within 24 hours.
Belabela filmblindentertainment newsEntertainment updateIFFRIFFR 2021iffr indian films
0
Share