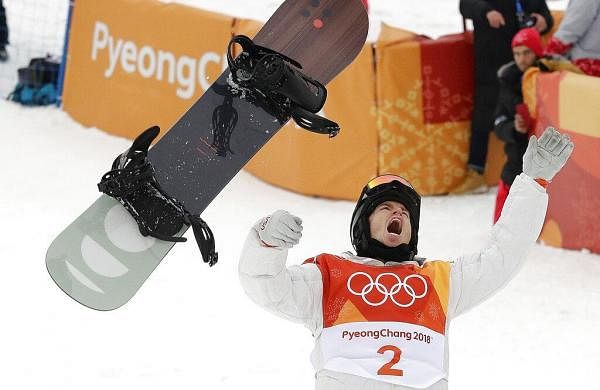 ZHANGJIAKOU: American snowboard legend Shaun White said Saturday he will retire from competition after he attempts to defend his Olympic title in Beijing, citing the “little signs” from his 35-year-old body.

The three-time halfpipe champion said he intends to “squeeze every bit of fun and excitement” out of his fifth and final Games before bringing the curtain down on his storied career.

“In my mind, I think I’ve decided this will be the last competition,” said the man who has done more than anyone to bring snowboarding to the world’s attention.

“It’s this now, it’s that now — it’s all these little things adding up that’s taking away from days of practice that I would normally have.”

White added that watching other riders — some half his age — pull off “heavier and heavier” tricks was also a factor.

He acknowledged that “everyone is catching up” to his level, and said just getting to Beijing was an achievement in itself.

White only booked his spot in the US team at the last moment, after injuries and a bout of Covid hampered his progress.

But he is determined to go out with a bang in Beijing, saying he is “still incredibly competitive in any situation”.

“I’m the year of the tiger, and I was reading my personality traits,” he said.

“It was pretty spot on about how competitive I am and how much I want to be in that limelight and do what I came here to do.”

White said there is “still a life to be had within the sport outside of competition”, and reflected on his long and illustrious snowboarding career.

Bursting onto the Olympic scene in 2006, White was known as the “Flying Tomato” for his lustrous long red locks and explosive riding style.

But he regained his crown four years later in Pyeongchang with a dramatic last ride, which he described as his “legacy performance”.

“The thing I’m the most proud of would be staying on top of a sport that’s ever-changing for as long as I have,” he said.

“It’s almost like fashion — it’s ever-changing, you’re trying to guess the trend of what’s going to happen and have your finger on the pulse.”

Ayumu Hirano made history in December last year by landing the ultra-difficult triple cork move for the first time in a competition.

White said he was “feeling pretty confident” about the event and would be satisfied if he can “lay it out there”.

“I really have an idea in my head of what I’d like to put down, and as long as I can put that down then I’m happy,” he said.

“That’s how I approach every competition — you’ve got to be content with your own riding and level.”

Denial of responsibility! TechiLive.in is an automatic aggregator around the global media. All the content are available free on Internet. We have just arranged it in one platform for educational purpose only. In each content, the hyperlink to the primary source is specified. All trademarks belong to their rightful owners, all materials to their authors. If you are the owner of the content and do not want us to publish your materials on our website, please contact us by email – [email protected]. The content will be deleted within 24 hours.
beijing winter olympicsBeijing Winter Olympics 2022Legendnews updateOlympicsolympics 2022RetireShaun
Share

Significant announcements for banking and finance in Budget 2022: SBI chairman

Random acts of kindness make a bigger splash than expected

Javed Akhtar is furious at decision to set Bilkis case…