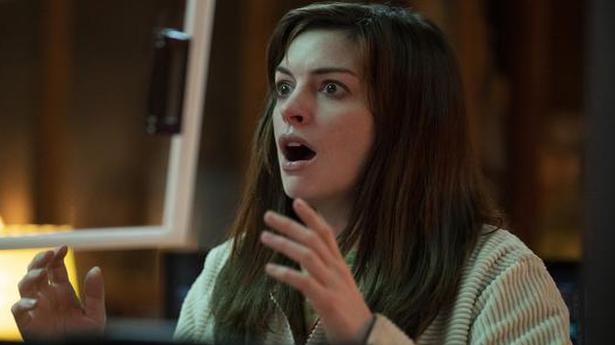 How strange and wonderful life is! As communication systems got more sophisticated, people moved further apart from each other, till you could have a bunch of human beings in a room each buried in their communication devices. Then came a virus, which necessitated isolation. One would have thought this was the perfect disease for the age as humans had decided to forgo contact for machines, ones and zeroes.

However, we are perverse if not anything else and just when we have been told to stay in and be alone, we yearn for connections. Set in a cold, sterile, clinical future, Amazon’s anthology, Solos, features seven people telling their stories. The first one, ‘Leah’, (Anne Hathaway), tells of a brilliant physicist who is working to crack time travel. She is fighting the boys club of time travel— “They have Terminator, Back to the Future, and the only female-led time travel movie is a 2004 romantic comedy, 13 going on 30!” she huffs. There is a personal reason for Leah to travel through time as well.

There is Tom (Anthony Mackie) who is dying and decides to get himself a robot clone, a Remember Me Bot and as he tells the robot about his family, he realises all the great and little things about them. There is Peg (Helen Mirren) who at 71 decides to head off to outer space in search of adventure. Sasha (Uzo Aduba) has not stepped out of her smart home for 20 years after the virus. Her assistant, Zen (Jack Quaid), tries every trick in the book to get her to go outside to no avail.

Jenny (Constance Wu) passes time in a waiting room from hell talking of the massive train wreck her life has been. In the midst of snowstorm, Nera (Nicole Beharie) delivers a baby boy conceived by a futuristic fertility system. There seems to be a glitch in the software and the boy, Jacob, seems not quite alright. The last story, ‘Stuart’ is of Otto (Dan Stevens) meeting Stuart (Morgan Freeman), who apparently suffers from dementia.

The last story, though it links all the stories, is also the weakest. The best stories are Peg’s and Jenny’s aided by Mirren and Wu’s superb acting. One can believe Mirren as Peg when she rues all the opportunities she missed because she “didn’t want to be a bother”. You know she would make a smart and funny friend as she observes, “Old age is a strange blunt foe”. Jenny’s acerbic comments on “beige conversations with beige people” and “Since when did sleeping become a spectator sport?” are painfully honest.

Denial of responsibility! TechiLive.in is an automatic aggregator around the global media. All the content are available free on Internet. We have just arranged it in one platform for educational purpose only. In each content, the hyperlink to the primary source is specified. All trademarks belong to their rightful owners, all materials to their authors. If you are the owner of the content and do not want us to publish your materials on our website, please contact us by email – [email protected]. The content will be deleted within 24 hours.
Anne Hathawayanthony mackieConstance WuDan Stevensentertainment newsEntertainment updateHelen Mirrenmemory
0
Share

States, UTs Should Declare Black Fungus an Epidemic in India