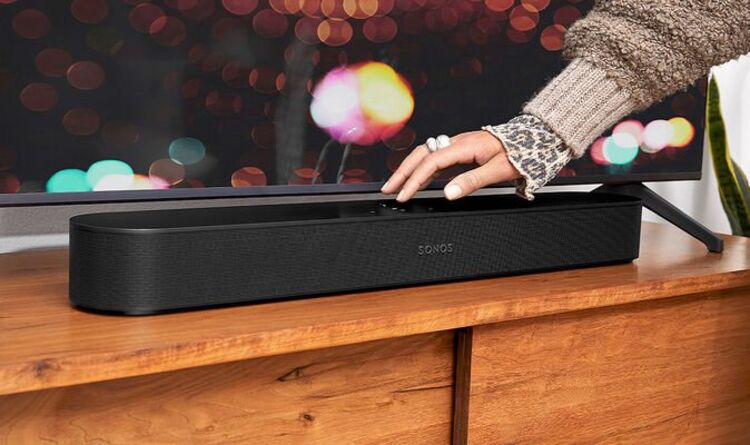 Sonos Beam Gen 2 review: Sounds better than ever, but there’s a costly catch

This article contains affiliate links, we may receive a commission on any sales we generate from it. Learn more

It’s no surprise that the Sonos Beam has been such a resounding hit. This telly boosting speaker, which first launched back in 2019, not only sounds sublime but is squeezed into a compact design that makes it ideal for smaller rooms or for those who don’t want a gigantic soundbar teetering beneath their telly. Now, Sonos is hoping to build on this success with the launch of an upgraded and more expensive Beam. This replacement costs £50 more than the original, so is it worth that higher price?

Express.co.uk has been testing out the Beam Gen 2 and here are our thoughts.

The first thing we have to mention is the new packaging as Sonos is clearly trying to boost its eco-credentials. Everything inside the box is fully recyclable, with the firm ditching all of the usual plastic wrap and cable ties that so often end up in the bin. It’s an important change and it has been implemented in a very clever way – making the unboxing experience almost as exciting as the speaker itself.

Once the Beam is plugged in, things are super simple to set-up. All you have to do is hold your phone near the top of the device and, via NFC technology, Sonos does the rest. The whole process takes under five minutes. If you already own a Sonos speaker, the Beam will even connect to the same Wi-Fi network used by your existing Sonos kit, so there’s no need to dig around in the settings menu.

Another thing that makes the Beam so beautifully simple is the easy connection to the TV via the HDMI ARC port. This socket is found on most modern TVs and offers an instant connection with sound then blasting out the minute things are plugged in.

We attached our Beam into a relatively modern telly with the TV remote also instantly working with the speaker without having to change any settings. Of course, the setup is important, but what really matters is how things sound.

The original Beam was really good, but things have been taken up a notch thanks to Dolby Atmos technology now packed inside the new model.

This update means the Beam can bring a 3D effect to living rooms, so when a plane takes-off during a movie the audio will follow its trajectory and appear as if the aircraft is whizzing over your head.

To help produce this atmospheric sound, Sonos has also improved the processor inside the Beam and added HDMI eARC compatibility for higher definition sound. The main benefit of eARC tech is that it can cope with bigger files more quickly. This allows much higher-quality audio to be sent straight from a TV to the soundbar.

The Gen 2 model ditches the fabric for a polycarbonte finish (Image: SONO)

It’s a nice update and the new Beam sounds great, but there was nothing really wrong with the original and we certainly wouldn’t recommend owners of that device rush to upgrade. To get the most out of it’s also worth checking that your television has eARC compatibility as some older modes probably won’t have this upgraded port.

If you’ve been thinking of buying a soundbar then you’ll definitely be impressed by how good this latest compact speaker sounds.

Another bonus of the new Beam is that it is compatible with Ultra HD and Dolby Atmos Music. This gives music fans more immersive ways to enjoy their favourite tracks when listening to songs via services such as Amazon Music. So, that’s what is going on inside the Beam but what about any changes to its design?

At first glance, it looks very similar to its predecessor but there is a subtle change that are aimed at keeping it looking box-fresh for longer.

That’s because it’s ditched the old fabric finish and moved to a polycarbonate grill instead. This not only makes the speaker more robust, but also easier to wipe down and keep clean.

Sonos also now ships the device with a colour-matched cable. So, if you buy the White model, the power cord will also be white …something that wasn’t the case with the first generation.

Of course, alongside these new features, you’ll also get all of the features that were found inside the original model, including Night Sound – which makes things quieter when it gets late – and Speech enhancement so you never miss a word of the action.

The Beam also features clever Trueplay tech that adapts the sound for the unique acoustics of the room. There’s also built-in Alexa and Google Assistant, so you can add the Sonos Beam to any existing smart home set-up. These chatty AI assistants can order takeaways, control your smart lights, check the weather and set reminders.

Like all of the most recent smart speakers from Sonos things are all controlled by the S2 app, which is available on iOS, Android, macOS and Windows, and will benefit from all of the shiny new tricks devised by the teams at Sonos.

With the Sonos app, you’ll be able to stream lossless tracks to speakers across your home, or play a different album or radio station in each.

Sonos supports every music service that you can think of …as well as a fair few you’ve never heard of before. An iTunes library, Spotify, Apple Music, Deezer, TuneIn radio stations, Sonos radio, and many more can all be blended together into a single playlist of tracks.

Now, we can’t finish this review without talking about the elephant in the room and that’s the price. Sadly, Sonos has felt the need to increase things by £50 which means you’ll now have to fork out £449 to own one.

It’s not a huge jump but it does now make this speaker feel very expensive. Things are made even worse by the fact that you can still buy the original model at a discount with some stores selling it for just £349 – that’s £100 less!

The original Sonos Beam was great and this new model makes things even better. The sound has been improved, the new polycarbonate grill is easier to clean …all while keeping the same brilliant compact design that makes it so easy to pop under the telly.

We have no complaints about the Beam Gen 2 although the price is a sticking point. Not only is £50 more expensive than before but the original can now be picked for £100 less.

If you want the best Beam in town, buy the Gen 2. Just don’t forget you can save some serious cash by owning the original, which is very nearly identical to this second-generation refresh.

Denial of responsibility! TechiLive.in is an automatic aggregator around the global media. All the content are available free on Internet. We have just arranged it in one platform for educational purpose only. In each content, the hyperlink to the primary source is specified. All trademarks belong to their rightful owners, all materials to their authors. If you are the owner of the content and do not want us to publish your materials on our website, please contact us by email – [email protected]. The content will be deleted within 24 hours.
beamCatchcostlygadget updateGenreviewSonosSounds
Share

We are looking at Smriti as leader, at some point she will lead India: Powar | Cricket News – Times of India

MPC has charted a clear path to normalisation