Notice: amp_is_available was called incorrectly. `amp_is_available()` (or `amp_is_request()`, formerly `is_amp_endpoint()`) was called too early and so it will not work properly. WordPress is currently doing the `pre_get_posts` hook. Calling this function before the `wp` action means it will not have access to `WP_Query` and the queried object to determine if it is an AMP response, thus neither the `amp_skip_post()` filter nor the AMP enabled toggle will be considered. It appears the theme with slug `publisher` is responsible; please contact the author. Please see Debugging in WordPress for more information. (This message was added in version 2.0.0.) in /home/runcloud/webapps/techilive/wp-includes/functions.php on line 5313
 Spac promoter Palihapitiya seeks $800m to target biotech companies - TechiLive.in 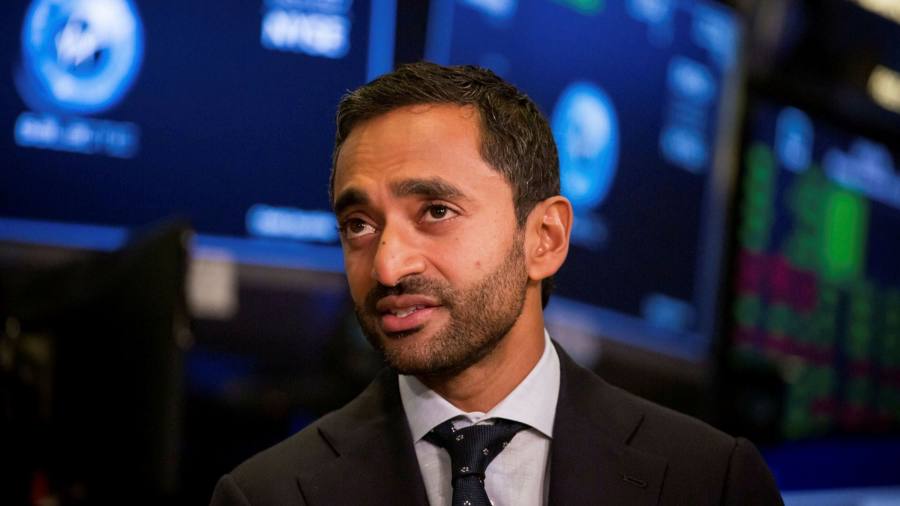 Chamath Palihapitiya, one of the figures most associated with the craze for blank-cheque companies, is planning to raise $800m for four cash shells that will target biotechnology businesses, injecting a jolt into a market that has faltered in recent months.

The plans for the new special purpose acquisition companies, disclosed in securities filings, showed the billionaire investor and former Facebook executive is teaming up with new partners for his next project. Spacs raise money in an IPO and then look for a private business to acquire.

The four new Spacs, all with ticker names beginning “DNA”, will work in partnership with Kishen Mehta, a healthcare-focused portfolio manager at Suvretta Capital Management.

Palihapitiya has a longstanding partnership with Ian Osborne, a British investor. The pair launched six Spac vehicles together under the Social Capital Hedosophia name and have taken four companies public through reverse mergers. Palihapitiya will continue to work with Osborne, a person familiar with Social Capital said.

Another difference is that Morgan Stanley will advise Palihapitiya on his latest venture. The serial Spac sponsor had previously relied on Swiss lender Credit Suisse.

Palihapitiya has also decided to forgo warrants for his latest Spac series in what will be a test case on investor appetite for vehicles without such a sweetener for early backers.

Sponsors have come under criticism for handing out free warrants to early investors who can keep a hold of them even if they sell out of the company. Warrants, which convert to stakes in the new company at a strike price of $11.50, tend to dilute shareholders who buy in later.

The timing of Palihapitiya’s new Spacs comes at a tricky juncture for a market struggling in the face of increased regulatory scrutiny and waning investor confidence.

Palihapitiya, referred to by some as the “Spac King”, has also become the target of criticism for promoting the blank-cheque companies to his followers while also cashing in on one of his deals. A representative for Palihapitiya declined to elaborate on the securities filings.

The new launches come after a fallow two months for new Spac listings, which have slowed dramatically after US securities regulators took aim at the vehicles and banks curtailed lending to hedge funds that provided much of the capital.

Some 32 Spacs listed publicly in April and May, down from 298 in the first quarter of 2021, according to data provider Dealogic. More than 400 of the vehicles that have launched since the beginning of 2019 are still looking for companies to acquire, according to Refinitiv data.

Loading...
Denial of responsibility! TechiLive.in is an automatic aggregator around the global media. All the content are available free on Internet. We have just arranged it in one platform for educational purpose only. In each content, the hyperlink to the primary source is specified. All trademarks belong to their rightful owners, all materials to their authors. If you are the owner of the content and do not want us to publish your materials on our website, please contact us by email – admin@techilive.in. The content will be deleted within 24 hours.
800mBiotechcompaniesEducation newsEducation updatenews updatePalihapitiyapromoter
0
Share