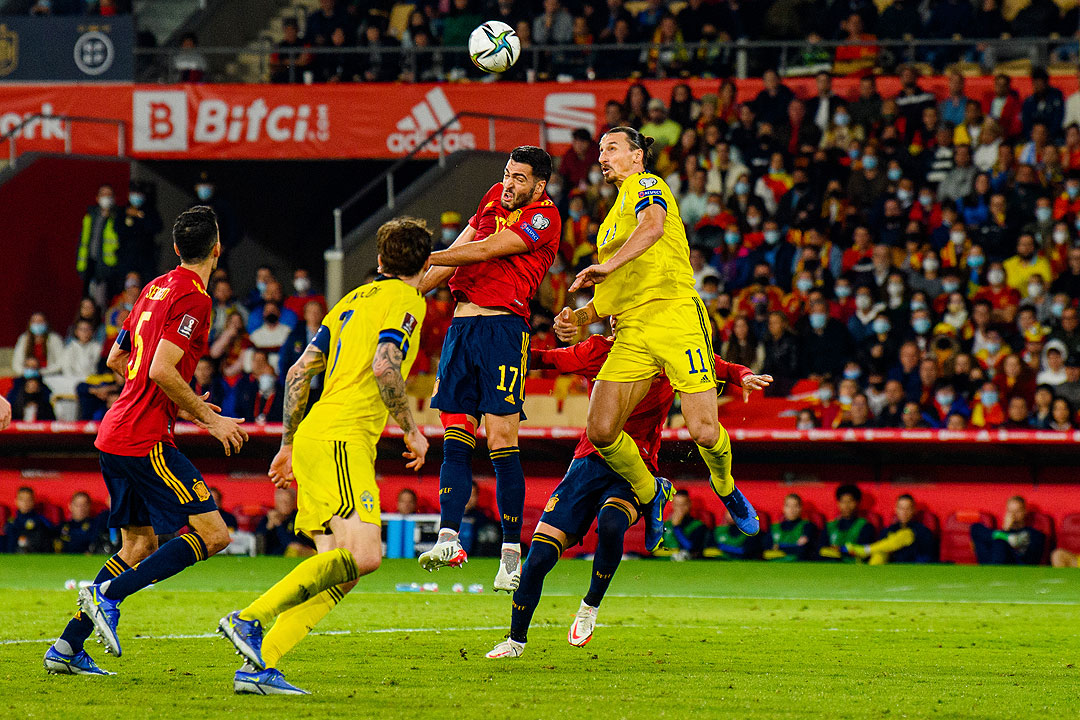 SEVILLE, Spain — Spain’s Álvaro Morata came off the bench to strike a late winner as they qualified for next year’s World Cup finals in Qatar by beating stubborn visitors Sweden (1-0) in a tense clash on Sunday.

Morata struck in the 86th minute when he cleverly lifted the ball over Sweden’s Robin Olsen after Dani Olmo’s fierce drive was pushed onto the post by the keeper and fell into his path.

Spain, who won the 2010 World Cup in South Africa, finished top of Group B with 19 points, four ahead of the second-placed Swedes who could still qualify through the playoffs in March.

“I felt more pressure now then in the Euros,” said Spain manager Luis Enrique, whose side lost to eventual winner Italy on penalties in this year’s European Championship semifinals.

“We tried to work a lot on the mental side, always trying to keep it positive and the players responded well. I’m so proud of them and how they responded.”

Spain, playing in front of 52,000 fans in the sold-out La Cartuja stadium, had never lost a home game in World Cup qualifiers and kept their record intact in Seville.

They had only ever lost four of 52 games in the city.

“We knew it was a life and death situation and we wanted to qualify at any cost. Nobody said it was going to be easy and I’m happy for our people,” Sergio Busquets told reporters.

It was a nervous occasion and although Spain dominated play, the Swedes created the best opportunities through the dangerous Emil Forsberg and Alexander Isak on the counterattack.

Forsberg almost scored twice in the first half. First, he shot just past the upright and then he was left unmarked at the far post to meet Ludwig Augustinsson’s cross with a volley that licked Unai Simón’s right-hand post before going wide.

“It feels sour. I think we played a good first half and created chances, but the ball did not want to go in. It was not our day.” Forsberg told reporters.

After playing the full 90 minutes in Sweden’s 2-0 loss to Georgia on Thursday, Zlatan Ibrahimović started on the bench and made little impact when he came on for the last 20 minutes.

The game was heading for a draw, which would have been enough take Spain to the finals, when Olsen tipped Olmo’s strike against the woodwork before it fell to substitute Morata, who was winning his 50th cap, and he calmly put the ball in net.

Denial of responsibility! TechiLive.in is an automatic aggregator around the global media. All the content are available free on Internet. We have just arranged it in one platform for educational purpose only. In each content, the hyperlink to the primary source is specified. All trademarks belong to their rightful owners, all materials to their authors. If you are the owner of the content and do not want us to publish your materials on our website, please contact us by email – [email protected]. The content will be deleted within 24 hours.
BusinessWorldCupEducation newsEducation updateGrabsLateMoratanews update
Share