Notice: amp_is_available was called incorrectly. `amp_is_available()` (or `amp_is_request()`, formerly `is_amp_endpoint()`) was called too early and so it will not work properly. WordPress is currently doing the `pre_get_posts` hook. Calling this function before the `wp` action means it will not have access to `WP_Query` and the queried object to determine if it is an AMP response, thus neither the `amp_skip_post()` filter nor the AMP enabled toggle will be considered. It appears the theme with slug `publisher` is responsible; please contact the author. Please see Debugging in WordPress for more information. (This message was added in version 2.0.0.) in /home/runcloud/webapps/techilive/wp-includes/functions.php on line 5313
 Spirited works of art and light: Table lamps created out of used liquor bottles - TechiLive.in 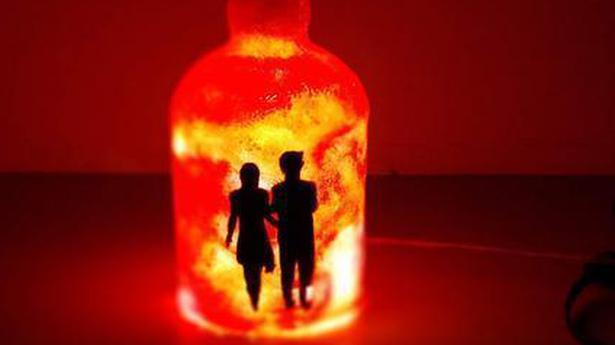 Whether they serve as a gift for someone special or elevate the mood and space, lamp shades can do wonders to the decor. While most are store bought, a few artists and hobby enthusiasts have been creating lampshades out of used liquor bottles.

Of colours and lights

Aarthi Sivaramakrishnan’s hobby was painting on glass bottles. When her bottle art found takers on Facebook, she began creating utilitarian objects out of them. “I realised lampshades were a good idea as one could create them without changing the bottle’s structure. It gave me a wide range of things to play around with and the novelty factor too helped me,” she recalls.

Once the bottle is cleaned and a primer sprayed on, Aarthi paints it with acrylic colours; lights are created either by dropping string lights inside it or by drilling a hole at its base through which the wire goes up and a lampshade fitted on top. She also does decoupage on wine bottles.

Her Chennai-based online venture ‘The Colour Company’ (@thecolourcompanyin), set up three years ago showcased lampshades created out of wine bottles and mini lampshades with smaller pint beer bottles. The range is diverse, including small perfume and medicine bottles. Most of the bottles are sourced from friends and relatives. “Over two years I built a reputation in my locality such that any unique used bottle was passed on to me; Every Monday, a bag of bottles used to lie outside my house,” she recalls with a laugh.

These repurposed bottles are gifted for birthdays, wedding anniversaries and house-warming occasions. Aarthi uses only acrylic colours on bottles. “Glass colours are not permanent so we do thorough priming before acrylic colours are put on the bottle.

Aarthi now operates from Bengaluru, after shifting there in 2019. Her Chennai home studio still has a huge collection of used bottles. She coordinates with her team of two artists online. Lamp shade created out of liquor bottles from Boozy Lamps

Major TS Wohra recalls the start of his hobby during the lockdown of 2020. “I saw a Single Malt lying at home and casually began to create a table lamp out of it,” says the former Army officer who runs a security firm in Bengaluru. He posted pictures of the lampshades on his social media pages (@boozylampsin) and gifted a few to his friends. 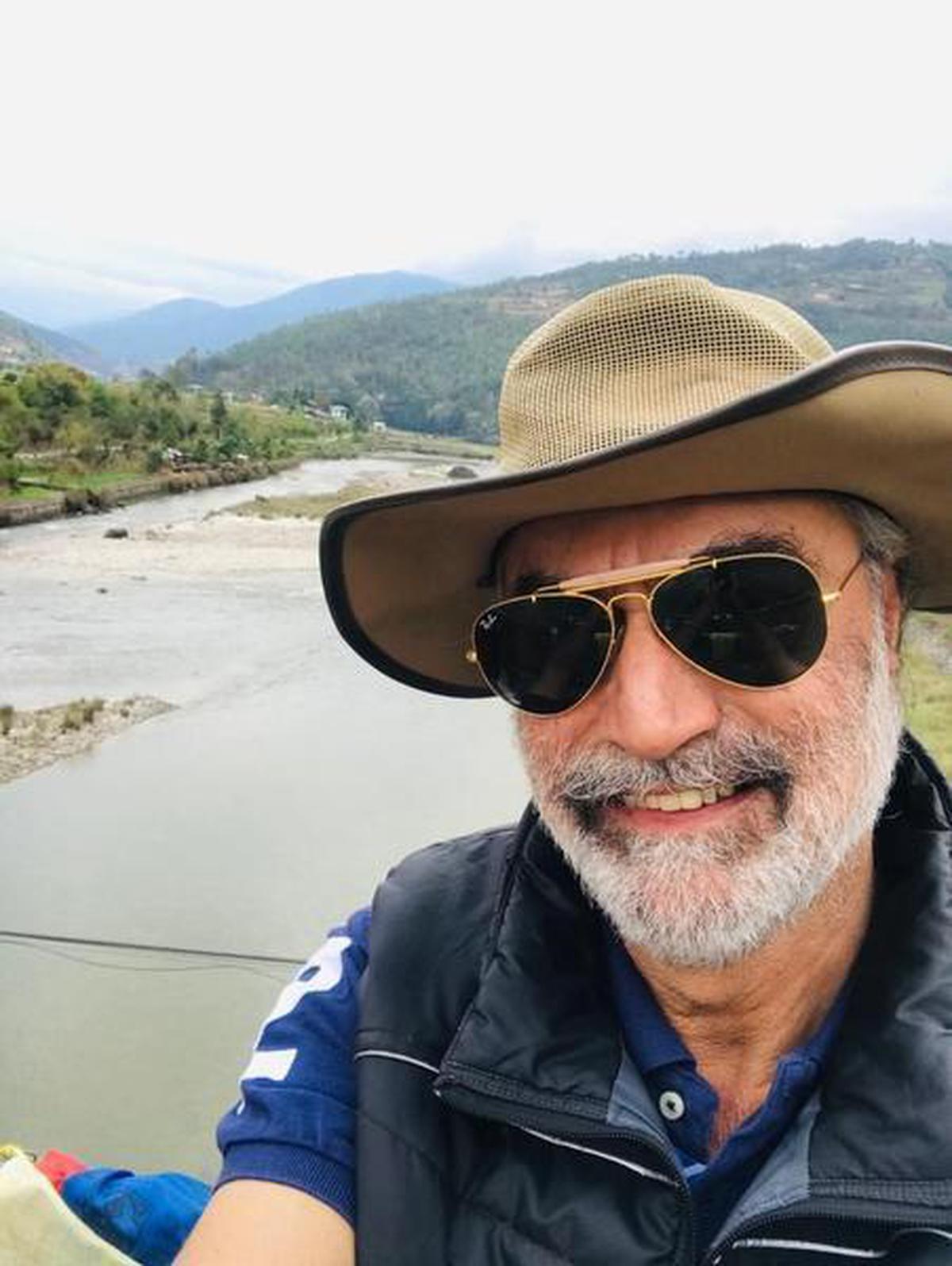 The USP of his BoozyLamps, named by his son is to retain the label of the bottle. “People associate themselves with a particular drink and the label also rekindles memories; a bottle of champagne is popped on special occasions and the label instantly reminds us of it,” says Wohra who assembles everything himself at home.

He admits it was a huge challenge to source the bottles during lockdown. “I would ask my friends to not throw away their used liquor bottles and give it to me. There was a joke going around that time that if people called friends to ask for alcohol, I would call to ask for empties (empty bottles).” The table lamp pictures on social media also has a small write-up with anecdotes by Wohra on the liquor brand to create interest. So far, he has sold more than 530 of them. On a lazy afternoon in Chennai, when Vidya Bhat (@artschittaara) reconnected to her favourite childhood memory of drawing, she began painting two milkshake bottles. “I had moved to Chennai after marriage and was bored,” recalls the former assistant professor of Canara Engineering College in Mangaluru.

Vidya enjoyed the process and continued it on liquor bottles given by her friends. “I began sourcing most of the bottles from scrap dealers,” she says. The self-taught artist uses only transparent glass colours as ‘they stand out more than acrylics’. From traditional folk art to geometric designs, she has depicted multiple themes through her painting.

Encouraged by her friends and the demand for her designs, she set up Chittaara Arts (not registered) three years ago. “Chittara means to draw and our venture ‘Chittaara’ shows our love for Chittara, a folk art form of Karnataka,” she adds. 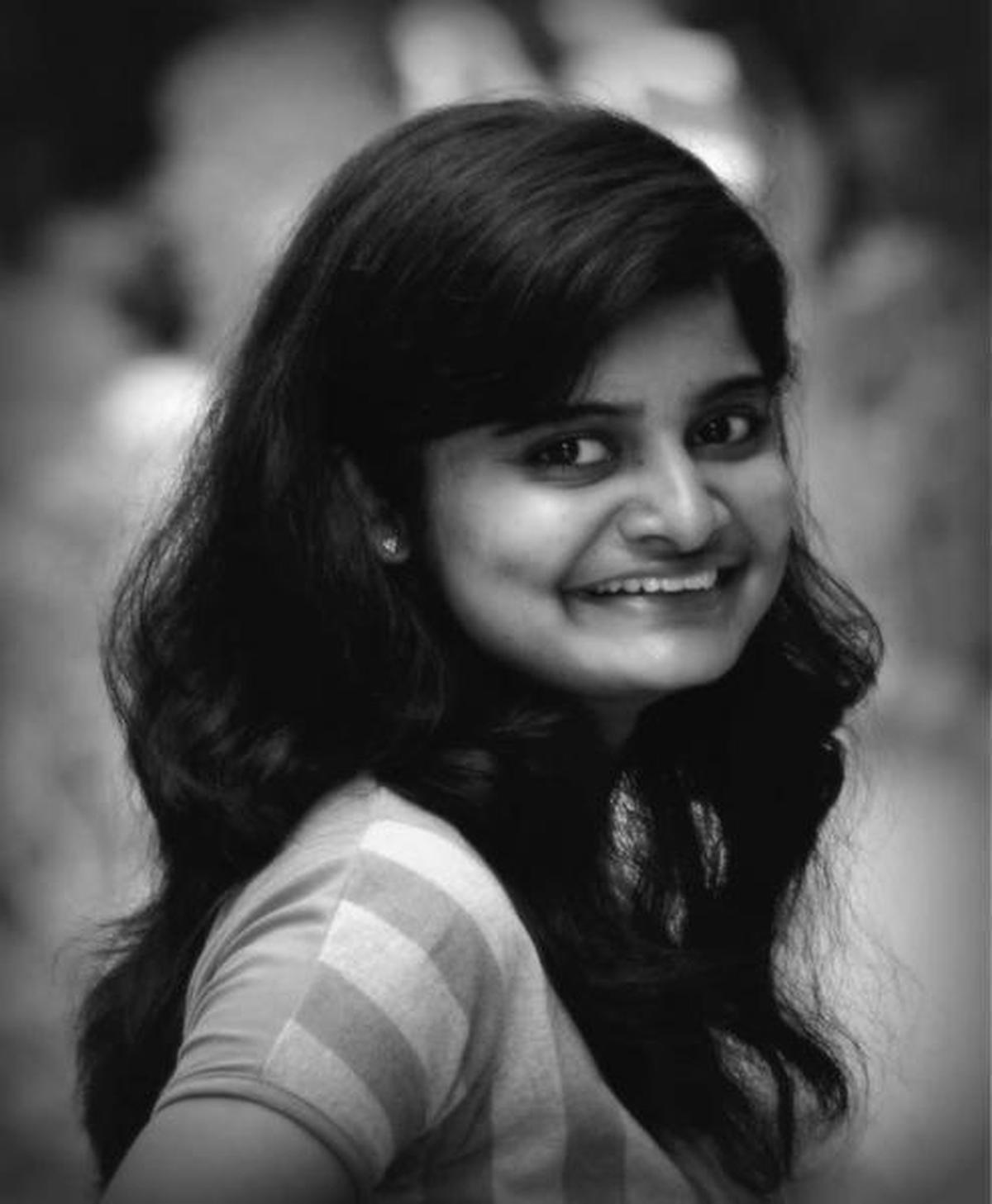 Vidya‘s creations are of three varieties. One with a bottle and removable LED string, another where the bottle is inverted and comes with a stand, and a third uses lanterns with fixed LED lights. She explains the process: “Once the bottle is dried, I make a rough drawing and use liners for the boundary and then fill in with colours. I give multiple coats too.”

Her husband Sushrutha KS, an electrical engineer helps her with the electrical fittings. 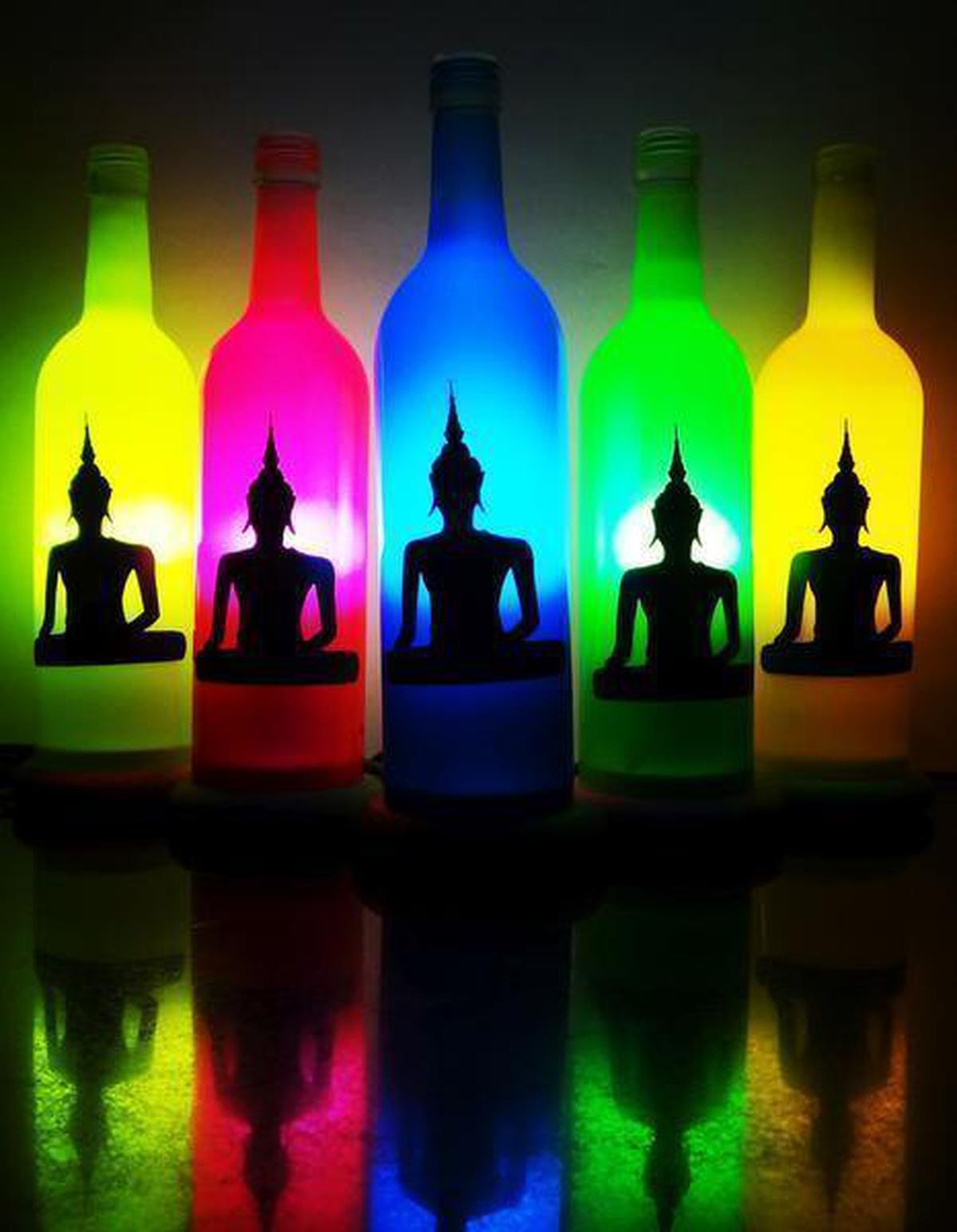 Liquor bottle lampshades are one of the many products that Kavi — The Poetry Art Project creates as part of its sustainable lifestyle brand. come with a picture/poem on them “Glass recycling was a new word when we launched the collective in 2012,” says co-founder Madhuri Balodi. (The other founders are: Amit Singh and Sowmya Mukerji. The team initially worked at home but now operates in a 300 square foot workshop in Noida.

Kavi (@kavipoetryart) sources liquor bottles from ragpickers and scrap dealers. Once the bottles are cleaned, their rough edges are cut with a machine. Initially, the bottles used to be handpainted but now the team uses a machine. Artists and artisans work with them on a freelance basis but due to the pandemic, they have been on their own with help from an in-house team of eight members.

An in-lit lamp created out of a vodka or wine bottle with a customised message has been one of their popular products. “Multinational companies also support these sustainable initiatives. Reliance had asked us to make 6,000 lampshades from wine bottles as a Diwali gift for its employees,” says Madhuri.

Denial of responsibility! TechiLive.in is an automatic aggregator around the global media. All the content are available free on Internet. We have just arranged it in one platform for educational purpose only. In each content, the hyperlink to the primary source is specified. All trademarks belong to their rightful owners, all materials to their authors. If you are the owner of the content and do not want us to publish your materials on our website, please contact us by email – admin@techilive.in. The content will be deleted within 24 hours.
artBoozy LampsBottlesChittaara ArtsCreatedentertainment newsEntertainment updateKavi Poetry Art Project
0
Share

If Your Brain Feels Foggy And You’re Tired All The Time, You’re Not Alone – MindShift