Notice: amp_is_available was called incorrectly. `amp_is_available()` (or `amp_is_request()`, formerly `is_amp_endpoint()`) was called too early and so it will not work properly. WordPress is currently doing the `pre_get_posts` hook. Calling this function before the `wp` action means it will not have access to `WP_Query` and the queried object to determine if it is an AMP response, thus neither the `amp_skip_post()` filter nor the AMP enabled toggle will be considered. It appears the theme with slug `publisher` is responsible; please contact the author. Please see Debugging in WordPress for more information. (This message was added in version 2.0.0.) in /home/runcloud/webapps/techilive/wp-includes/functions.php on line 5313
 Srabani Nanda is fastest Indian this year - TechiLive.in 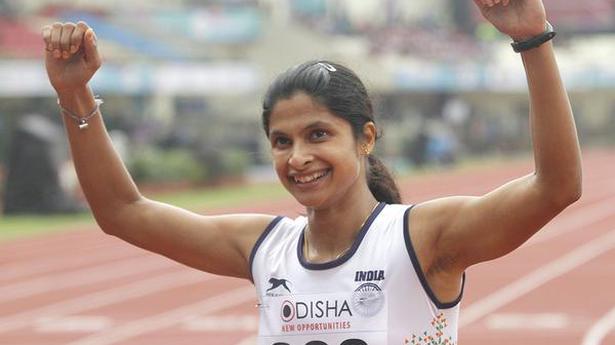 Srabani Nanda, currently the most active Indian athlete in the world, has emerged as the fastest Indian woman this year. While the rest of the Indians are desperately hunting for competitions, the 30-year-old from Odisha clocked a personal best 11.36s while running against some of the world’s best at the NACAC New Life Invitational Meet in Florida, the US, on Saturday.

The 100m final was run as two races and Nanda, who has been training in Jamaica for the last few years, was sixth in her race and 13th overall. Jamaican Elaine Thompson, the Rio Olympics 100 and 200m champion, won the event in 10.87s while American Tianna Bartoletta, the long jump gold medallist in Rio, was second in 10.96.

Nanda had clocked a faster but wind-assisted 11.29s in the preliminary round.

Though the women’s 4x100m relay team is in the 22nd rung in the Road to Tokyo rankings, the AFI is confident that it will qualify for next month’s Tokyo Olympics where the relays will be a 16-team affair. So, will Nanda be considered for the relay team?

“The AFI will go by its set rules that it has always followed. If it fits in, she goes. Rules are same for all,” Adille Sumariwalla, the federation president, told The Hindu on Sunday evening.

Sumariwalla also confirmed that Neeraj Chopra had left for France.

The Asian Games javelin throw champion, who had been waiting to fly out for the last few days, took an early morning flight.

Another bunch of athletes, including the sprint and mile relay runners and a few throwers, will be leaving for Kyrgyzstan on Tuesday.

Jisna Mathew, a member of the 4x400m mixed relay team which finished seventh at the 2019 Doha World championships and qualified for the Olympics, will not be joining the bunch to Kyrgyzstan.

“Jisna had missed a few training sessions because of a back issue a few weeks ago. She is just coming into form now. It will be better if she skips the meet in Kygryzstan on June 12 and 13. That is why she is not going,” said P.T. Usha, her coach.

“She will be in full form by the time of the inter-State meet (in Patiala, from June 25).”

Denial of responsibility! TechiLive.in is an automatic aggregator around the global media. All the content are available free on Internet. We have just arranged it in one platform for educational purpose only. In each content, the hyperlink to the primary source is specified. All trademarks belong to their rightful owners, all materials to their authors. If you are the owner of the content and do not want us to publish your materials on our website, please contact us by email – admin@techilive.in. The content will be deleted within 24 hours.
Loading...
fastestIndianNandanews updatesports newssports updateSrabaniSrabani Nanda
0
Share