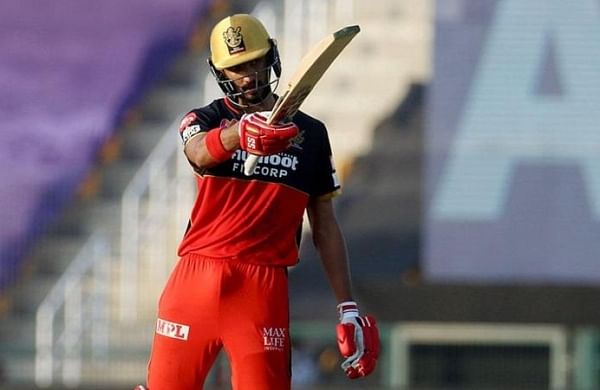 BENGALURU: Young opener Devdutt Padikkal said his maiden tour with the Indian team to Sri Lanka was a very exciting appearance. The 21-year-old made his T20I debut in the second match against Sri Lanka, scoring 29 runs. In the third T20I, he could manage only nine runs as India lost the series 2-1.

“It was a very exciting experience for me. Just being a part of the group. I was really excited to be there and was just looking to learn and improve. For lots of us, it was our first tour with the Indian team, and everyone just wanted to pick new techniques up from each other and the senior players in the squad. It was a really good experience overall,” said Padikkal in a Bold Diaries video uploaded by Royal Challengers Bangalore (RCB).

Padikkal has been a great addition for Bangalore in the Indian Premier League (IPL). He bagged the Emerging Player award in the 2020 edition after scoring 473 runs in 15 matches at an average of 31.53 and strike rate of 124.80.

In the first half of the 2021 IPL, Padikkal had missed the first match after recovering from COVID-19. In six matches, he scored 195 runs with an average of 39 and strike rate of 152.34. He also registered his highest IPL total with an unbeaten 110 in a ten-wicket win against Rajasthan Royals in Mumbai.

“It’s good to be back with RCB. Hopefully we can have a good rest of the season,” said Padikkal about IPL resuming in UAE.

After reaching Dubai from Bengaluru, the members of the RCB team are now in hotel quarantine for six days before starting the training sessions for the second half of the IPL.

Bangalore are placed third on the points table with ten points from seven matches, winning five and losing two in the first half of IPL 2021. The three-time runners-up in the tournament will start their second half of IPL 2021 on September 20 against Kolkata Knight Riders at the Sheikh Zayed Cricket Stadium in Abu Dhabi.

Which programming language is on top in 2021? It’s Python, says the IEEE