Notice: amp_is_available was called incorrectly. `amp_is_available()` (or `amp_is_request()`, formerly `is_amp_endpoint()`) was called too early and so it will not work properly. WordPress is currently doing the `pre_get_posts` hook. Calling this function before the `wp` action means it will not have access to `WP_Query` and the queried object to determine if it is an AMP response, thus neither the `amp_skip_post()` filter nor the AMP enabled toggle will be considered. It appears the theme with slug `publisher` is responsible; please contact the author. Please see Debugging in WordPress for more information. (This message was added in version 2.0.0.) in /home/runcloud/webapps/techilive/wp-includes/functions.php on line 5313
 Stag’s Leap Wine Cellars To Release Rare Library Wines Direct From The Winery - TechiLive.in 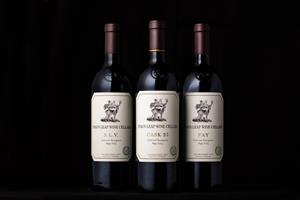 Napa, California, May 19, 2021 (GLOBE NEWSWIRE) — Stag’s Leap Wine Cellars, one of Napa Valley’s most iconic producers of Cabernet Sauvignon, will be releasing a limited selection of wines from its library – The Legacy Collection – throughout the year. These rare wines, which have been aged in optimal conditions by the winery since bottling, have pristine provenance and will carry a special designation on each bottle.

“In celebration of last year’s 50th anniversary milestone and this year’s 45th anniversary of the Judgment of Paris, we are releasing select vintages from The Legacy Collection – many for the very first time – to give our wine club members and loyal fans a chance to acquire some of these treasures,” said Winemaker Marcus Notaro. “Over the coming months, we will be releasing library vintages of our Estate Cabernets and other small lot wines that we have carefully aged in our cellar. These are wines that are ready to be enjoyed now to celebrate milestones, big and small.”

Wines in The Legacy Collection range from the 1970s until 2015 and include ARTEMIS, FAY, S.L.V. and CASK 23 as well as select wine club-only wines. Collectors of library wines should check the site regularly to find out which wines are available for purchase or join the mailing list to receive library wine notifications.

In addition to purchasing wines directly from Stag’s Leap Wine Cellars, the winery is offering several consumer experiences (some dependent on in-person COVID restrictions) featuring The Legacy Collection, including:

Since its founding in 1970, Stag’s Leap Wine Cellars has had an unwavering commitment to expressing the true character of the historic S.L.V. and FAY estate vineyards and its CASK 23, S.L.V., FAY and ARTEMIS are among the most highly regarded and collected Cabernet Sauvignons worldwide.

Stag’s Leap Wine Cellars stunned the world in 1976 when its 1973 S.L.V. Cabernet Sauvignon bested some of Bordeaux’s first-growth wines in a tasting in Paris. It was the winery’s first commercial vintage, a wine produced from young, three-year-old vines. While the “victory” over the French in “The

Judgment of Paris” continues to be hailed throughout the world – and the winery is still humbled by the achievement – Stag’s Leap Wine Cellars has entered its 51st year with a renewed commitment to producing complex and age-worthy wines.

“The Judgment of Paris put Stag’s Leap Wine Cellars, the Napa Valley wine region, and the entire American wine industry on a path to worldwide renown,” said Winemaker Marcus Notaro. “With the 45th anniversary this year, we are mindful every day in the winery, in the vineyard and in the tasting room of our legacy while trying to set the bar even higher for the decades to come. We owe Steven Spurrier, the visionary behind the Paris Tasting, a debt of gratitude for the lasting legacy on our winery and the world of wine.”

Since acquiring the winery in the summer of 2007, the historic partnership of Ste. Michelle Wine Estates and the Antinori family (Tuscan vintners since 1385) has worked tirelessly to preserve the Stag’s Leap Wine Cellars legacy.

Loading...
Denial of responsibility! TechiLive.in is an automatic aggregator around the global media. All the content are available free on Internet. We have just arranged it in one platform for educational purpose only. In each content, the hyperlink to the primary source is specified. All trademarks belong to their rightful owners, all materials to their authors. If you are the owner of the content and do not want us to publish your materials on our website, please contact us by email – admin@techilive.in. The content will be deleted within 24 hours.
California wineCellarsDirectLeapLibrarylifestyle newslifestyle updateLuxury
0
Share