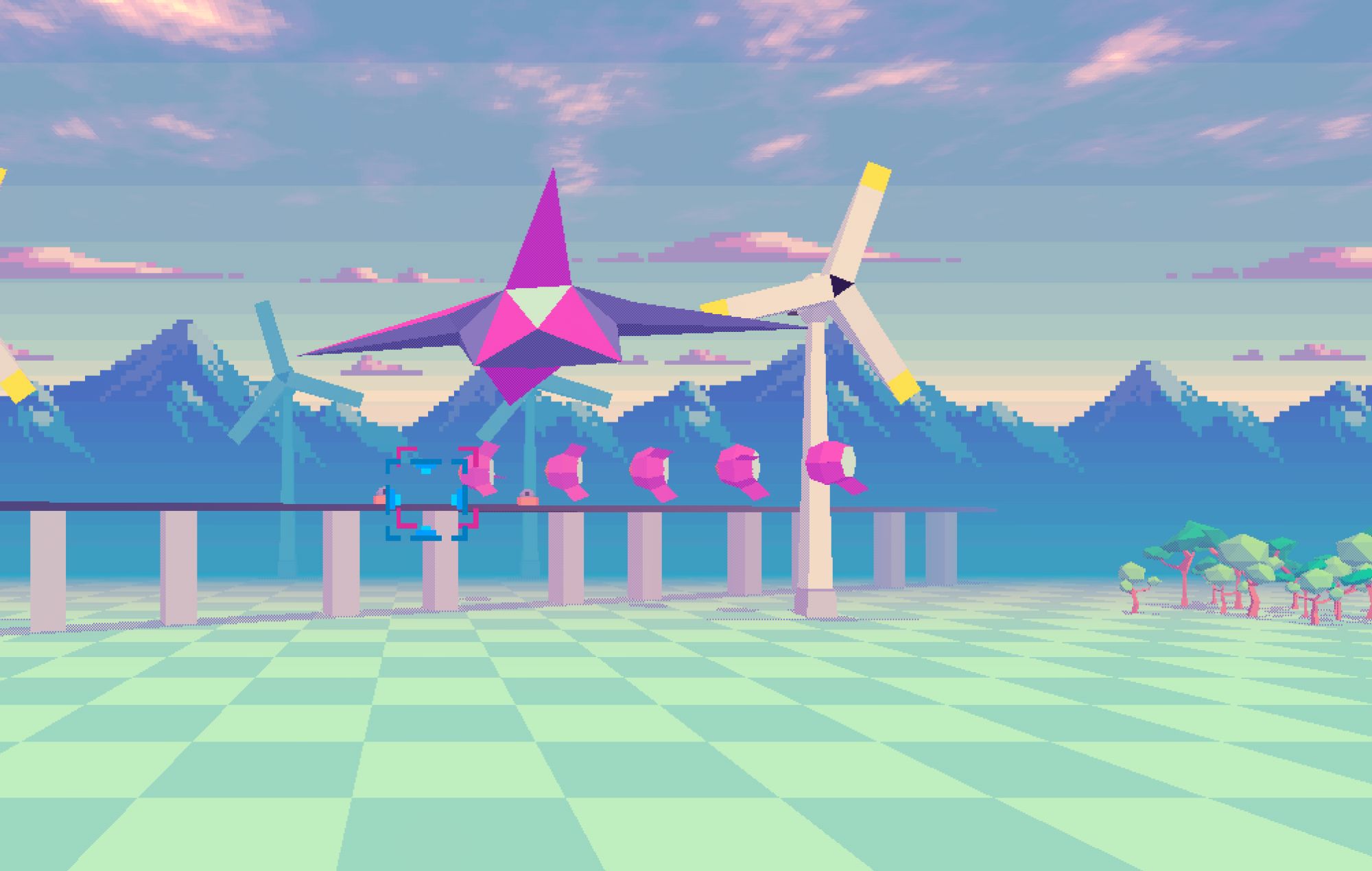 The low-poly rail shooter immediately invokes the Super Nintendo’s Super FX chip visuals, and the title currently has a demo available ahead of its Early Access release.

Two levels with bosses are in the demo, whilst the Early Access release on July 21 will have six levels and six shorter bonus stages, with around 15 levels planned for the full release in 2023, each with branching paths, and maybe even boss rush and score attack modes too.

Check out the game in action below.

Beginning development in 2017, developer Ben Hickling told NME that Ex-Zodiac was originally going to be a “plane game with full range movement.”

“The original plan wasn’t to use a SNES/Super-FX look either,” explained Hickling. “but I soon realised that with all the models/environments I’d have to make, texturing everything would be a lot of work, so I experimented with the low poly (mostly) untextured look.”

More of a Star Fox 64 fan than the original game, Hickling fell in love with the aesthetic of Ex-Zodiac after picking the bright colours, “as you don’t see too many games trying to replicate that style.”

The other obvious inspiration was Space Harrier, which can be seen in the game’s bonus levels. Hickling also says games like G-Darius, Einhander and R-Type Delta ended up influencing Ex-Zodiac too.

Players may also notice that Ex-Zodiac borrows some quintessential Star Fox elements, like the puppet-esque characters and giant robot bosses. “I like to try and get the player hyped up, especially with the bosses,” explained Hickling. “Thankfully it’s a genre that isn’t  over done (in my opinion), so the need to make something new and fresh is less of a requirement compared to some genres out there.”

Hickling adds that Ex-Zodiac is in Early Access so he can get feedback on the title, with it being improved and tweaked ahead of the full release sometime next year.

Check out the demo and Early Access debut of Ex-Zodiac on Steam here.

In other news, Neon White‘s composer has talked about how the game’s soundtrack was heavily inspired by the Doom reboot titles.

Denial of responsibility! TechiLive.in is an automatic aggregator around the global media. All the content are available free on Internet. We have just arranged it in one platform for educational purpose only. In each content, the hyperlink to the primary source is specified. All trademarks belong to their rightful owners, all materials to their authors. If you are the owner of the content and do not want us to publish your materials on our website, please contact us by email – [email protected]. The content will be deleted within 24 hours.
accessagmeupdateearlyExZodiacFliesFoxinspiredGames newsgaming
Share