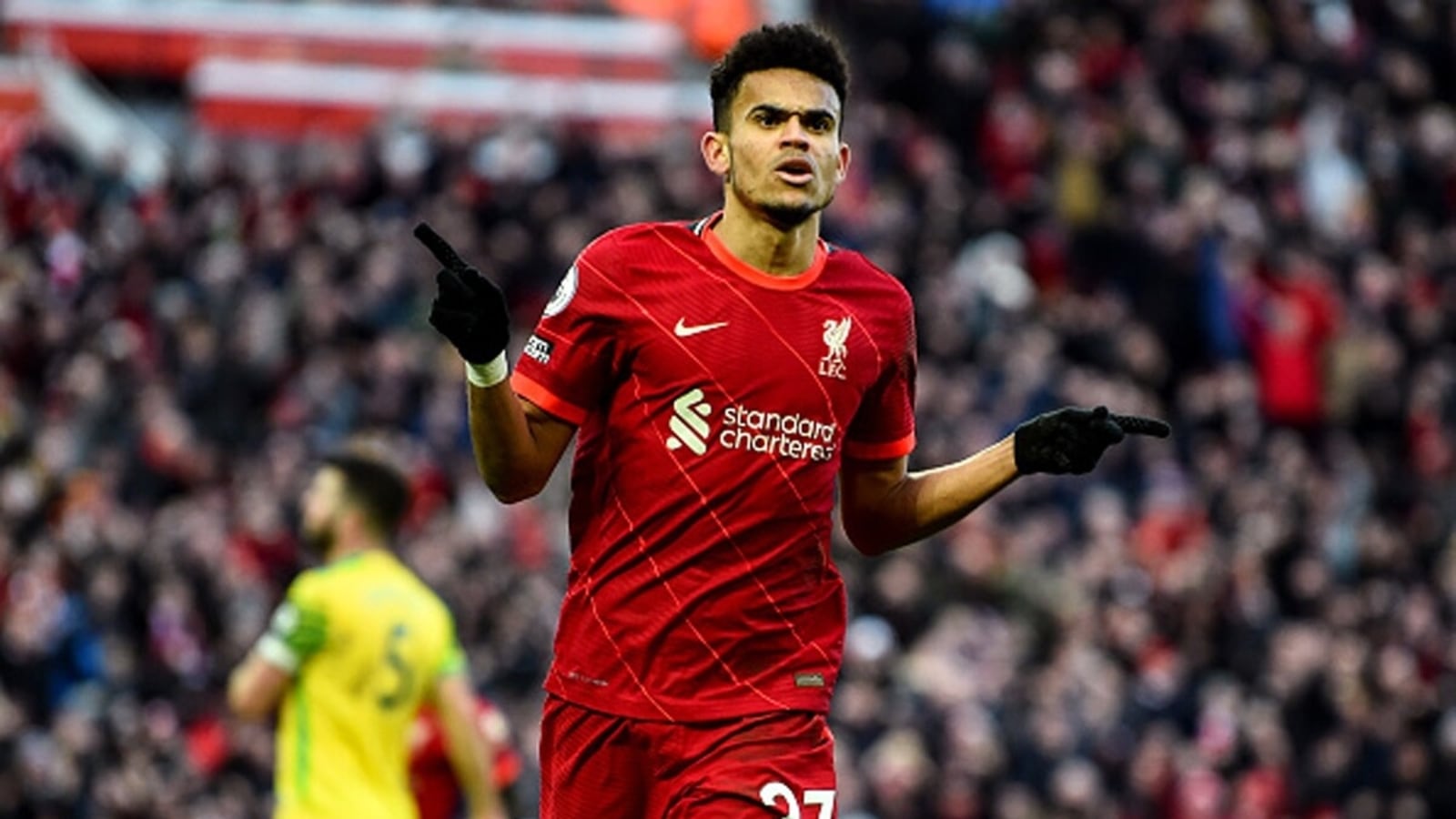 January transfers are possibly more difficult. The season is in full swing when the player has to adjust to a new team, sometimes new country, live in a hotel and learn a language while looking for lodgings. Even otherwise as Jack Grealish, Timo Werner, Eden Hazard, Fabino, Takumi Minamino and Andrew Robertson among many others have shown, settling-down pangs can be difficult. The problem is compounded when the player joins a team that plays with the intensity of Juergen Klopp’s Liverpool.

Luis Diaz faced everything mentioned above but possibly because Porto have a similar style, he made an immediate impact against Cardiff City in the FA Cup; his high-energy game and eagerness to press helping create a goal. This was after one session at Liverpool who landed him this January for approximately £37.5m because debt-strapped Porto’s need for money outstripped their desire to keep the Colombian. So, Tuesday night at Estadio de la Ceramica wasn’t the first time Diaz made an immediate impact. He has, as Klopp has said, looked like a Liverpool player from the start. One who from being an option for Sadio Mane is now often the first choice on the left.

As part of the indigenous Wayuu community living in north-east Colombia, Diaz has had a difficult childhood. A BBC report said 4,770 children of that community died of malnutrition between 2008 and 2016. Diaz wasn’t immune to it either, former Colombia international John Diaz had told BBC. Which is why Barranquilla FC, Diaz’s first club, put him on a diet and increased his weight by 10kg. Yet, despite being skinny, Diaz had impressed among hundreds of triallists to make the team for Copa America of Indigenous People in 2015. Adversity doesn’t faze him.

Adversity is what Liverpool faced when Klopp got Diaz on. Villarreal had neutralised the 2-0 advantage through goals from Boulaye Dia and Francis Coquelin. Who else would typify the German’s desire to show that “mentality monsters were in town”? In 15 minutes Diaz had more touches than Diogo Jota, whom he replaced, had in the first half. He had four shots and completed four take-ons, as per Squawka, the most by any Liverpool player.

Diaz is strong, wants the ball and has the spunk, speed and skill to run at defenders. Ask Juan Foyth. In the 53rd minute, Diaz took on Foyth and drew a challenge from another defender, skewing Villarreal’s defensive shape, before finding Trent Alexander-Arnold. An acrobatic side-volley that went nowhere followed and soon after, Diaz beat Raul Albiol on the turn.

Villarreal had started in fifth gear. By the third minute, Diya had scored emerging from Virgil van Dijk’s shadow. Left back Pervis Estupinan was playing so high that Alexander-Arnold was pegged to his half. Etienne Capoue was controlling the midfield and the way Villarreal sliced through Liverpool’s press in the 22nd minute showed who was bossing the proceedings. And when Estupinan was caught out for staying too high, Albiol rolled back the years and beat Jota to a sprint.

Klopp was visibly worried and Villarreal head coach Unai Emery, clapping and prowling the touchline, looking a different person from Anfield last week and in charge of a different team almost. Villarreal had a penalty claim turned down when Alisson got into a tangle with Giovani Lo Celso but scored when Capoue found Coquelin. So crucial to their success under Klopp, Liverpool’s full backs Robertson and Alexander-Arnold were responsible for the goal; the left back because he let Capoue in and the other for ball watching. Coquelin celebrated by tapping his watch, indicating possibly that Villarreal could do it in 90.

In the first half, Liverpool had 66% possession, they averaged 75% this term, and won 46% of duels. They had two shots, zero on target and 49% possession (Squawka). The forwards were too high and midfielders were not running into half spaces, said Klopp. “We didn’t play any football in the first half,” said Alexander-Arnold.

In this situation, enter Diaz. As Villarreal tried to batten down the hatches—it would have been difficult to keep that intensity going for another 45—he began running at them. Liverpool had 15 attempts in the game, 13 coming after half-time. In the second half, Liverpool’s passing accuracy improved to 84% and they won 66% of the duels. Liverpool were back to being Liverpool. In the first 25 minutes of the second half, Liverpool had eight shots, three on target, 75% possession and two goals.

The first came when Fabinho and Mo Salah’s give-go drew Capoue out of position before the Brazilian shot through goalie Geronimo Rulli’s legs. For the second, Diaz timed his run so well to meet Alexander-Arnold’s redemption pass that it would be unfair to blame only the goalie for letting the header in. When Rulli charged out and was beaten, Mane ensured the night would end far differently from how it began.

Like at home, Liverpool had a better second half, and though it would be unfair to credit the turnaround to Diaz, he played a part. “He started pushing them back by dribbling with it,” said Robertson. That contributed to a third Champions League final in five seasons, 10th overall, with a club record 139 goals en route.

Denial of responsibility! TechiLive.in is an automatic aggregator around the global media. All the content are available free on Internet. We have just arranged it in one platform for educational purpose only. In each content, the hyperlink to the primary source is specified. All trademarks belong to their rightful owners, all materials to their authors. If you are the owner of the content and do not want us to publish your materials on our website, please contact us by email – [email protected]. The content will be deleted within 24 hours.
DíazhelpsLiverpoolLuisLuis Diazluis diaz newsnews updateRediscover
Share

How to deploy full-stack applications quickly with Portainer application templates

‘League Of Legends’ patch 12.9 will bring big changes for Olaf, Taliyah and Pyke