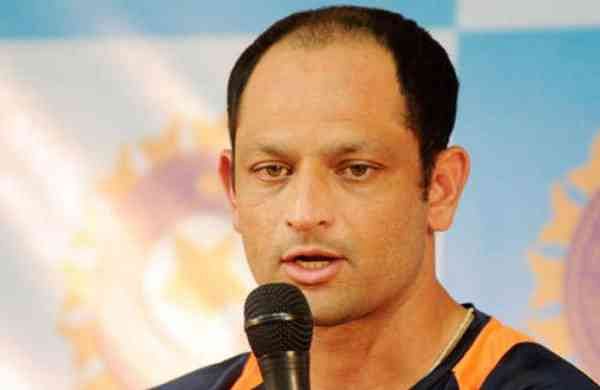 Step in right direction, most of them performed: Hrishikesh Kanitkar on U-19 Asia Cup triumph

MUMBAI: Head coach Hrishikesh Kanitkar has said the Indian team’s triumph in the U-19 Asia Cup is a step in right direction with not just one but many players excelling before the ICC World Cup begins in the West Indies later this month.

India reaffirmed their supremacy in the tournament with a record eighth title as they hammered Sri Lanka by nine wickets in a rain-hit summit showdown in Dubai on Friday.

“I think it’s a step in the right direction. What I felt is, like you said, quite a number of people performed and we won games,” Kanitkar told PTI over phone from Dubai after the India Colts won the tournament.

India’s only loss in the competition came against arch-rivals Pakistan who lost to Sri Lanka in the semifinals.

“We didn’t have to depend on certain players only and from the coaching point of view, that’s always a good sign, when more people contribute to a win and we don’t depend on just a few players.

“So, from that point I’m satisfied (and) it’s been very good high-level matches also, and we have been challenged in three out of four games or five games.

“It’s been so far great preparation in terms of match practise, now the big goal is the World Cup,” Kanitkar, who has played 2 Tests and 34 ODIs, added.

The India team will now head to the West Indies for the World Cup, which is to be played from January 14 to February 5, and according to Kanitkar, who has 10,400 runs from 146 first-class matches, the Yash Dhull-led team is taking one step at a time.

“We are planning to take one step at a time, not (think) too far ahead into the future, so once the quarantine is over in the West Indies, we will start practicing and focus on the practise games first and take it forward like that,” said Kanitkar.

The U-19 boys hadn’t played any cricket for a long period of time due to the COVID-19 pandemic and in that backdrop, Kanitkar termed the Asia Cup win as “significant”.

“It’s very significant, it’s a very positive thing and another challenge was that, they haven’t played as a team as well, so you know combining together and playing as a team also was a goal and I think we have done that very well.

“And so that way it is very significant that, you know, a group of players coming together, having not played together before, are gelling so well and combining so well.”

Kanitkar has been associated with the Bengaluru-based National Cricket Academy (NCA) and his first major assignment was with the U-19 team.

“It is challenging because it tests all your abilities as a coach, your communication skills with U19, younger boys, how you explain to them, you know your options that you can use with them, if option A doesn’t work, then you go to option B, C, whatever it may be.

“There is scope to work on their technique as well, you can work on player’s technique at this age if it is not correct yet.

“So all these things matter and they are challenging but the role is also satisfying because the player develops right in front of your eyes and it is possible for you to make a difference to a player and a team in a major way,” the former left-handed batter elaborated.

There are three Maharashtra players — Kaushal Tambe, Rajvardhan Hangargekar and Vicky Ostwal — who were part of the Asia Cup-winning team and also feature in a 17-member squad announced for the World Cup.

Asked whether the trio can carry forward the legacy of Maharashtra players like Chandu Borde, the 47-year-old said, “Yes they have what it takes for sure. All three of them have performed in various matches over here.”

“I think they have a good future, they need to just keep working hard and be focussed, that’s all. They will do well.”

Denial of responsibility! TechiLive.in is an automatic aggregator around the global media. All the content are available free on Internet. We have just arranged it in one platform for educational purpose only. In each content, the hyperlink to the primary source is specified. All trademarks belong to their rightful owners, all materials to their authors. If you are the owner of the content and do not want us to publish your materials on our website, please contact us by email – [email protected]. The content will be deleted within 24 hours.
AsiaCupDirectionHrishikeshHrishikesh Kanitkarkanitkarnews updateperformed
Share

It’s Supernatural vs. Once You Go Black

Down to Zero: Terra Luna Crash and Its Impact on Crypto…