Notice: amp_is_available was called incorrectly. `amp_is_available()` (or `amp_is_request()`, formerly `is_amp_endpoint()`) was called too early and so it will not work properly. WordPress is currently doing the `pre_get_posts` hook. Calling this function before the `wp` action means it will not have access to `WP_Query` and the queried object to determine if it is an AMP response, thus neither the `amp_skip_post()` filter nor the AMP enabled toggle will be considered. It appears the theme with slug `publisher` is responsible; please contact the author. Please see Debugging in WordPress for more information. (This message was added in version 2.0.0.) in /home/runcloud/webapps/techilive/wp-includes/functions.php on line 5313
 Stephen Curry Is in the Zone - TechiLive.in 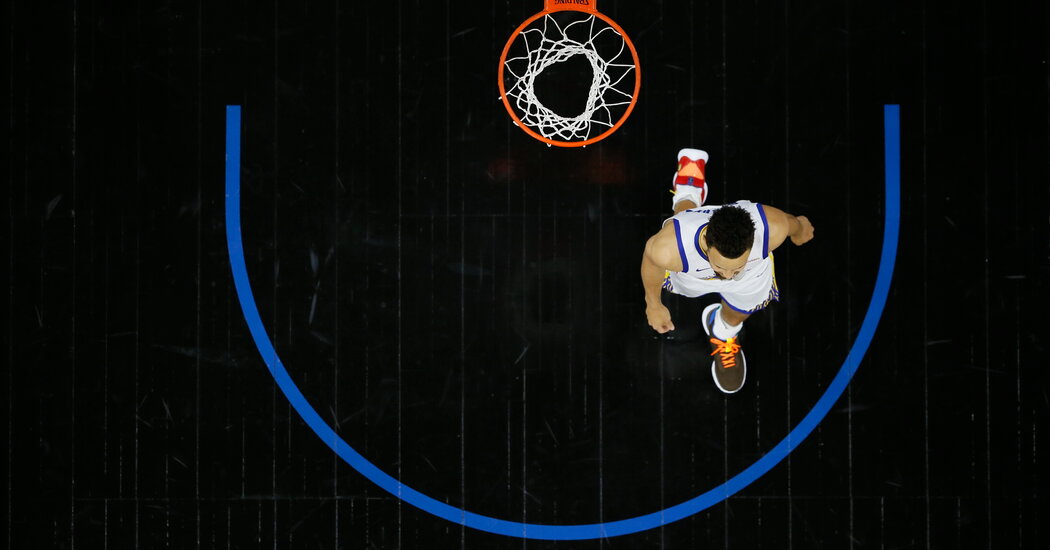 Stephen Curry Is in the Zone

It is not that Stephen Curry has not been good all season. He has had games of 62 and 57 points, after all. But with Golden State mired in mediocrity and players like Nikola Jokic and Joel Embiid emerging as leading candidates for the Most Valuable Player Award, Curry had faded a bit into the background.

That has changed in the last month. After five games away nursing a bruised tailbone, Curry returned and began a streak of 30-point games that has now reached 11, breaking Kobe Bryant’s record for a player who is 33 or older.

The run has revived talk of a third M.V.P. trophy for Curry, and Golden State looks like it has a good chance of making the playoffs — as the team that no high seed wants to face.

Here’s a look at the 11-game run that turned around Curry’s season, and perhaps Golden State’s, too.

Returning from his injury, Curry helped Golden State end a four-game losing streak. “It wasn’t fun, but I got through it,” he said.

The attention fell on the Heat debut of Victor Oladipo, and Miami beat Golden State by 7. It would turn out to be the heaviest loss in Golden State’s last 11 games, in which the team went 7-4. Curry still managed 11 rebounds, though, his best total of the run.

After missing a game at Toronto because of the lingering tailbone injury (not coincidentally, Golden State lost that game by 53 points), Curry was back, wearing protective padding. “He pretty much did whatever he wanted in that first half,” Hawks Coach Nate McMillan said.

For the first time in the streak, Golden State beat an elite team, getting a 1-point win with a late comeback. Of course, the Bucks badly missed their own star, Giannis Antetokounmpo.

Perhaps the poorest performance of the run, despite the 32 points. Curry shot 11 of 25 from the field and his team lost to the middling Wizards at home. Curry missed a long 3-pointer to tie the score as time expired.

A sixth straight 30-point game made the scoring streak the longest of Curry’s career, and he wasn’t done. “He had a highlight reel worth of plays out there tonight,” Coach Steve Kerr said.

Curry’s best game thus far and his first 50-point night since February. He had 10 3-pointers, the most so far in his streak, and the start of a run of four of five games with at least 10. Curry also passed Wilt Chamberlain as the Warriors’ career scoring leader.

In the biggest team win of the streak, Golden State beat Oklahoma City by 38 points. Curry shot 14 of 20 and had eight assists. Draymond Green said he knew a big Curry night was coming. “I can kind of tell when he comes out,” Green said. “Just the look in his eyes.” Another 11 3s gave Curry 29 over three games, an N.B.A. record.

A fourth straight win for Golden State, for the first time this season. Curry was only 4 of 13 from behind the 3-point line but compensated with eight 2-pointers. Golden State improved to 16-1 in its last 17 games against Cleveland.

Golden State’s winning streak ended in a closely contested game, and Curry kept scoring, with 11 3s. “It took everything,” said Kemba Walker of the Celtics, adding: “We knew it was going to be tough. These guys are playing so well. Obviously, they’ve got one of the best players in the world. He’s incredible.”

Golden State took on one of the best teams in the N.B.A. and won. Ten more 3-pointers for Curry, who faced off against his brother, Seth. The 11th straight 30-point game is a record for players 33 and older, surpassing Kobe Bryant’s mark. “I don’t know if I’ve ever seen anything like the run he’s on,” Sixers Coach Doc Rivers said.

Next up? A visit to Washington on Wednesday night.

Loading...
Denial of responsibility! TechiLive.in is an automatic aggregator around the global media. All the content are available free on Internet. We have just arranged it in one platform for educational purpose only. In each content, the hyperlink to the primary source is specified. All trademarks belong to their rightful owners, all materials to their authors. If you are the owner of the content and do not want us to publish your materials on our website, please contact us by email – admin@techilive.in. The content will be deleted within 24 hours.
Currynews updatesports newssports updateStephentechi liveZone
0
Share