Notice: amp_is_available was called incorrectly. `amp_is_available()` (or `amp_is_request()`, formerly `is_amp_endpoint()`) was called too early and so it will not work properly. WordPress is currently doing the `pre_get_posts` hook. Calling this function before the `wp` action means it will not have access to `WP_Query` and the queried object to determine if it is an AMP response, thus neither the `amp_skip_post()` filter nor the AMP enabled toggle will be considered. It appears the theme with slug `publisher` is responsible; please contact the author. Please see Debugging in WordPress for more information. (This message was added in version 2.0.0.) in /home/runcloud/webapps/techilive/wp-includes/functions.php on line 5313
 Stories of love and loss - TechiLive.in 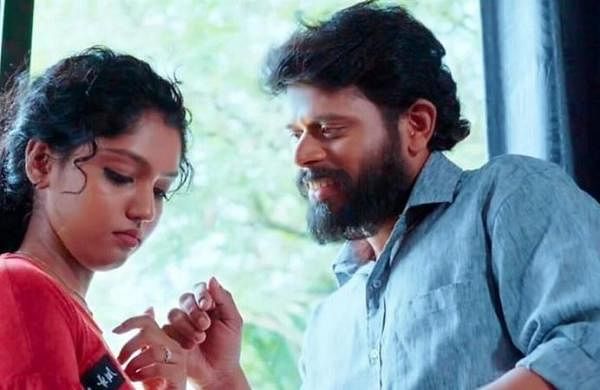 Stories of love and loss

Even while he was rejected multiple times at auditions for commercial films, Rijo Vellani did not give up on his love for celluloid.

The youngster is excited to release his second short film, Avaril Oral, after the hit of his debut directorial short film Ningalil Oral released in 2019 which gained a viewership of 4.5 million.

Apart from his short-film career, Rijo has also worked as an assistant director of filmmaker Roopesh Paul. Elaborating on his second directorial venture Avaril Oral, the movie enthusiast says the film is an ode to true love.

“Every love story may not have a happy ending. The film’s storyline hit me when I noticed many youngsters eloping and getting married on TikTok. I wondered what might be going through the minds of their parents. And if a girl chooses to have a breakup due to her family’s disinterest, she is ridiculed for being heartless. I have tried to touch upon all such aspects of love, relationship and separation,” says Rijo, who plays a central role in the film.

“I was always concerned about the negativity surrounding social media. I try to use my movies to create awareness about such issues. My first venture was about a girl who ends up the victim of a matrimonial fraud,” says Rijo.

The project which was completed last year was delayed for its release due to the pandemic. For the young filmmaker and his crew, it was a great challenge.

“Due to lockdown, it was hard to get edit suits. So, we had to wait for the first wave to settle before completing editing and dubbing. For young filmmakers like me, it is not practical to release on OTT platforms. People will only make effort to watch our works if it is free,” adds Rijo, whose dream is to become a successful commercial film director.

Loading...
Denial of responsibility! TechiLive.in is an automatic aggregator around the global media. All the content are available free on Internet. We have just arranged it in one platform for educational purpose only. In each content, the hyperlink to the primary source is specified. All trademarks belong to their rightful owners, all materials to their authors. If you are the owner of the content and do not want us to publish your materials on our website, please contact us by email – admin@techilive.in. The content will be deleted within 24 hours.
Avaril Oralentertainment newsEntertainment updateLosslovenews updateRijo VellaniStories
0
Share