Notice: amp_is_available was called incorrectly. `amp_is_available()` (or `amp_is_request()`, formerly `is_amp_endpoint()`) was called too early and so it will not work properly. WordPress is currently doing the `pre_get_posts` hook. Calling this function before the `wp` action means it will not have access to `WP_Query` and the queried object to determine if it is an AMP response, thus neither the `amp_skip_post()` filter nor the AMP enabled toggle will be considered. It appears the theme with slug `publisher` is responsible; please contact the author. Please see Debugging in WordPress for more information. (This message was added in version 2.0.0.) in /home/runcloud/webapps/techilive/wp-includes/functions.php on line 5313
 'Stowaway' movie review: An intriguing space thriller  - TechiLive.in 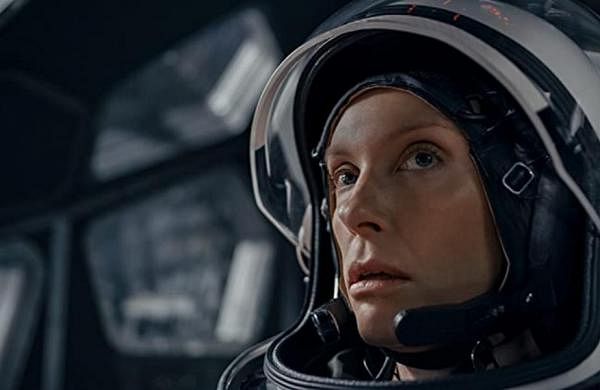 Stowaway is a thriller that seeks to reaffirm the importance of hope in life. The film shows Zoe Levenson (Anna Kendrick), David Kim (Daniel Dae Kim), and Marina Barnett (Toni Collette) embarking on a two-year mission to Mars, but then, the latter, a veteran astronaut leader, finds a wounded, unconscious crew engineer named Michael Adams (Shamier Anderson) in the hull of the ship.

You would think that the film would be about his identity or how he came to be, but quite interestingly, it’s about how the event has caused the carbon dioxide removal system to be disabled permanently, and with there not being enough oxygen to sustain four people on the ship and there not being enough fuel to return to Earth, this thriller then writes itself.

The film begins like a slow burner, but as the revelations unfold, the pace really picks up. Perhaps the most admirable aspect of Stowaway is how it avoids any distractions from its central idea. There is a hint at two off-screen characters, but we don’t ever see them. All the events take place only inside the space module, MTS-42, and the rocket booster named Kingfisher. It all really helps us, the audience, feel the seclusion and hopelessness of these characters as they fight to survive.

The conversations between the characters, as they argue over moral complexities, are gripping. The characters, too, feel real, and there’s plenty of time in which to add distinctive shades to most of them, except, perhaps Marina, who is defined mainly by her helplessness.

However, Toni Collette, as always, makes up for writing depth with her performance. The other actors too offer strong performances that propel this film. There is also an admirable reluctance to milk the situation for melodrama.

Take, for instance, the scene where David realises he has to throw away years of research work to keep everyone alive. He takes a moment for the information to sink in, but then, gets to work quickly. And yet, his emotions really get through.

Stowaway may not be as grand in scale as The Martian or Gravity, but it is a film that leaves you with quite a bit to chew on. What if you were forced to live in the vast, dark expanse of space for over two years, without any contact with your loved ones? It’s a film that reminds you to think about the sacrifice of many an astronaut the next time you look up to admire the sky.

Loading...
Denial of responsibility! TechiLive.in is an automatic aggregator around the global media. All the content are available free on Internet. We have just arranged it in one platform for educational purpose only. In each content, the hyperlink to the primary source is specified. All trademarks belong to their rightful owners, all materials to their authors. If you are the owner of the content and do not want us to publish your materials on our website, please contact us by email – admin@techilive.in. The content will be deleted within 24 hours.
Anna KendrickDaniel Dae Kimentertainment newsEntertainment updateintriguingJoe PennamovieNetflix
0
Share