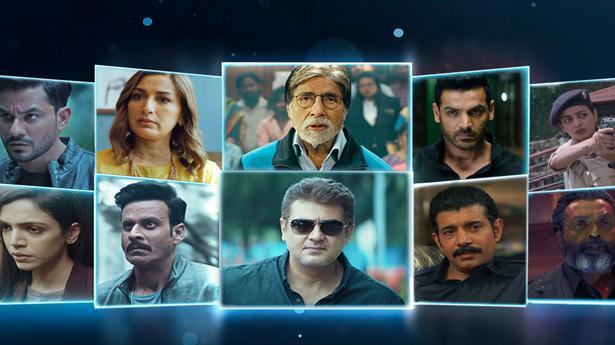 Streaming platform ZEE5 announces slate of over 80 titles for 2022

Some of the upcoming titles include ‘TAJ,’ ‘Duranga’ and ‘Paper Rocket’ among others

Some of the upcoming titles include ‘TAJ,’ ‘Duranga’ and ‘Paper Rocket’ among others

Streaming platform ZEE5 has unveiled their content slate for 2022 with over 80 titles spanning across Hindi, Tamil, Telugu, Punjabi, and Bengali. The slate encompasses original shows and movies featuring a gamut of genres.

ZEE5 has also announced collaborations with leading creative minds like BBC Studios, Applause Entertainment, The Viral Fever (TVF), along with veterans in the industry like Vetrimaaran, Prakash Raj, Amitabh Bachchan and Nagraj Manjule amongst others.

The slate of Hindi originals includes  TAJ – an epic tale of succession, the much-anticipated  Forensic, Duranga – a romantic thriller, and the latest seasons of Abhay 3, Pitchers 2, Sunflower 2, Tripling 3, Never Kiss Your Best Friend 2 and Rangbaaz 3 amongst many more.

The platform will also feature the digital release of theatrical hits like  The Kashmir Files, Amitabh Bachchan’s  Jhund and John Abraham’s  Attack.

The Punjabi content titles on the platform include  Yaar Anmulle Returns, Fuffad Ji, and Main Viyah Nahi Karona Tere Naal, along with Bengali titles like  Shikarpur, which marks the OTT debut of Ankush Hazra,  Raktakarabi featuring Raima Sen and Vikram Chatterjee, and  Swetkali.

These titles will join marquee names like Radhe, Uri: The Surgical Strike, Break Point, Rashmi Rocket and Sunflower on ZEE5 .

Denial of responsibility! TechiLive.in is an automatic aggregator around the global media. All the content are available free on Internet. We have just arranged it in one platform for educational purpose only. In each content, the hyperlink to the primary source is specified. All trademarks belong to their rightful owners, all materials to their authors. If you are the owner of the content and do not want us to publish your materials on our website, please contact us by email – [email protected]. The content will be deleted within 24 hours.
amitabh bachchanannouncesApplause EntertainmentBBC Studioscinema newsentertainment newsEntertainment updatehindi cinema
Share

Karnataka SSLC result 2022 in 3rd week of May, details here